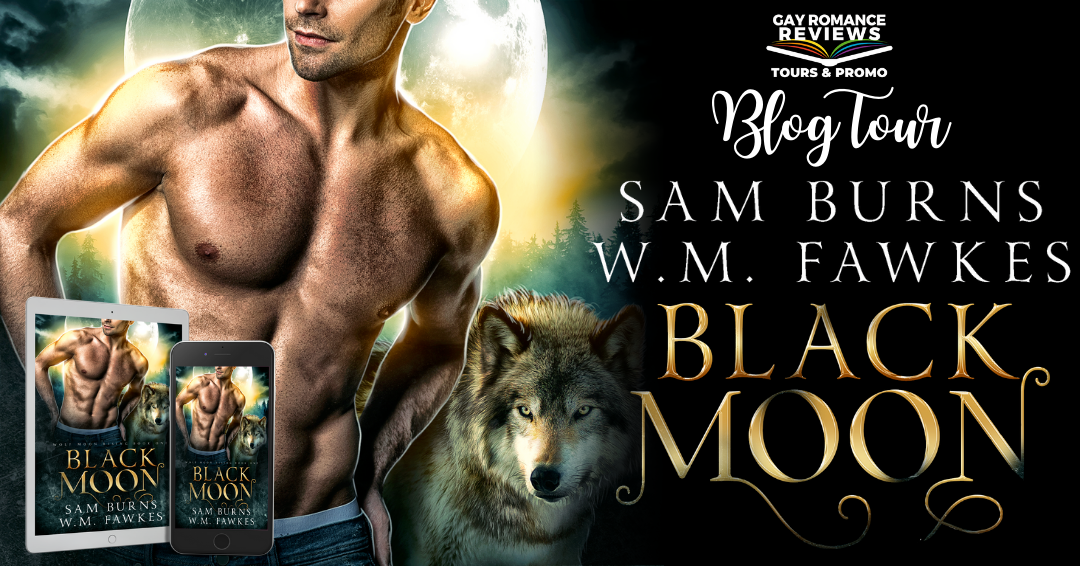 An apple a day won’t keep this doctor away. 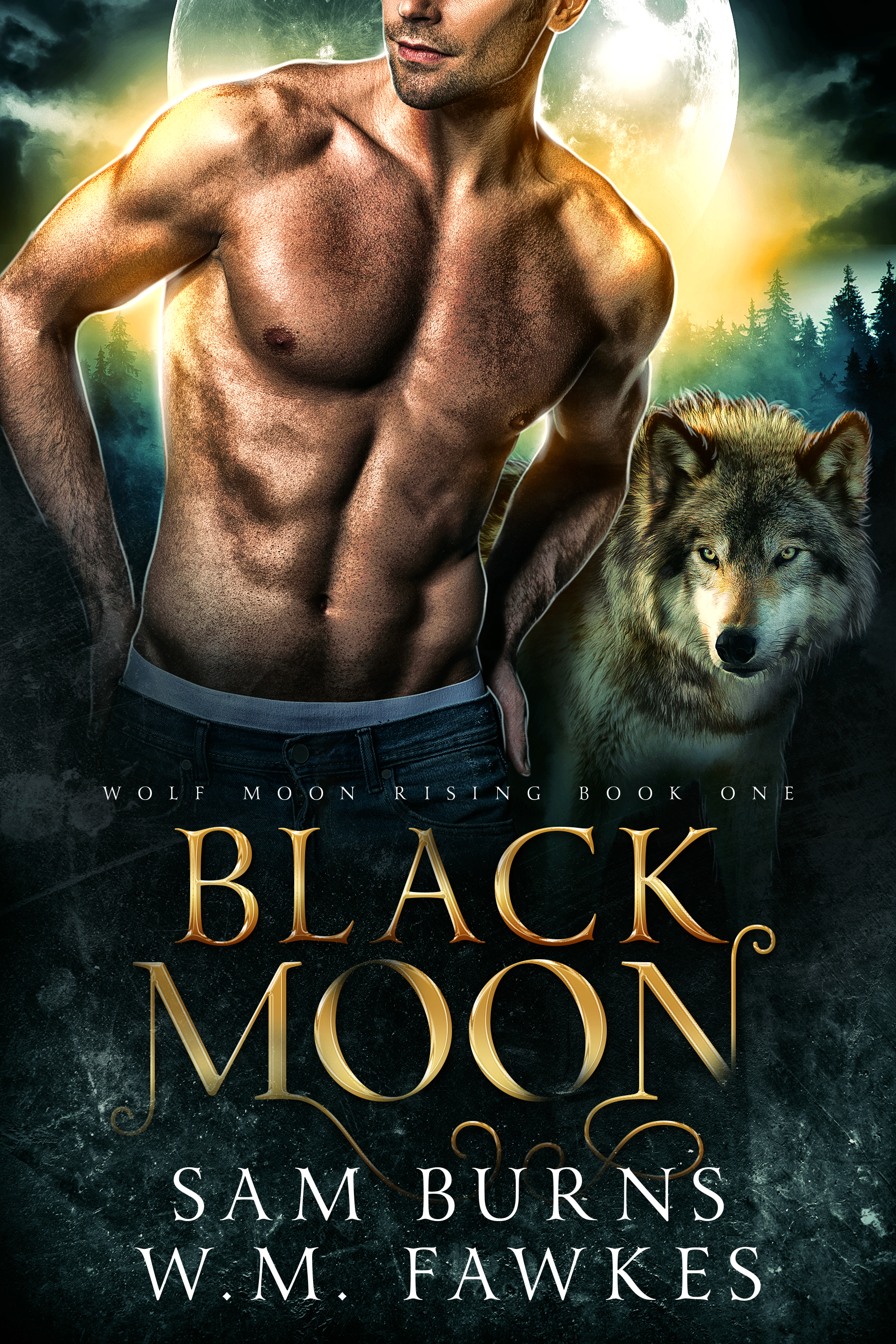 Linden Grove has always known that he’s not destined to be the next pack alpha. That position belonged to his brother Aspen—but then Aspen left the pack to join the military. When the unthinkable happens and the pack is left rudderless, someone has to step up and take care of it. Can a doctor go from “do no harm” to defending his own with his teeth and claws?

Colt Doherty is used to a certain kind of life. Glittering, picturesque, and . . . empty. As the youngest child of the country’s only werewolf senator, Colt has grown up in the spotlight, and he’s all too used to knot-headed alphas taking credit for the work of others, especially omegas like himself. When his editor sends him to write a story on the Grove pack, though, he finds something completely unexpected: Linden Grove in his unpolished perfection, as shiny and unexpectedly sweet as the apples his pack are known for.

A Grove pack omega has been kidnapped, and someone has to step up. The pack needs Linden to fill his father’s shoes, but no wolf can stand on his own. To save the day, sheltered Colt has to drop the politics and become the action hero he never thought an omega could be.

Black Moon is an 90k word standalone novel featuring one fiery journalist, one doctor with an obsession for hand knit sweaters, and the sweetest apple pies on the whole eastern seaboard, all bundled up in a non-mpreg A/B/O universe. 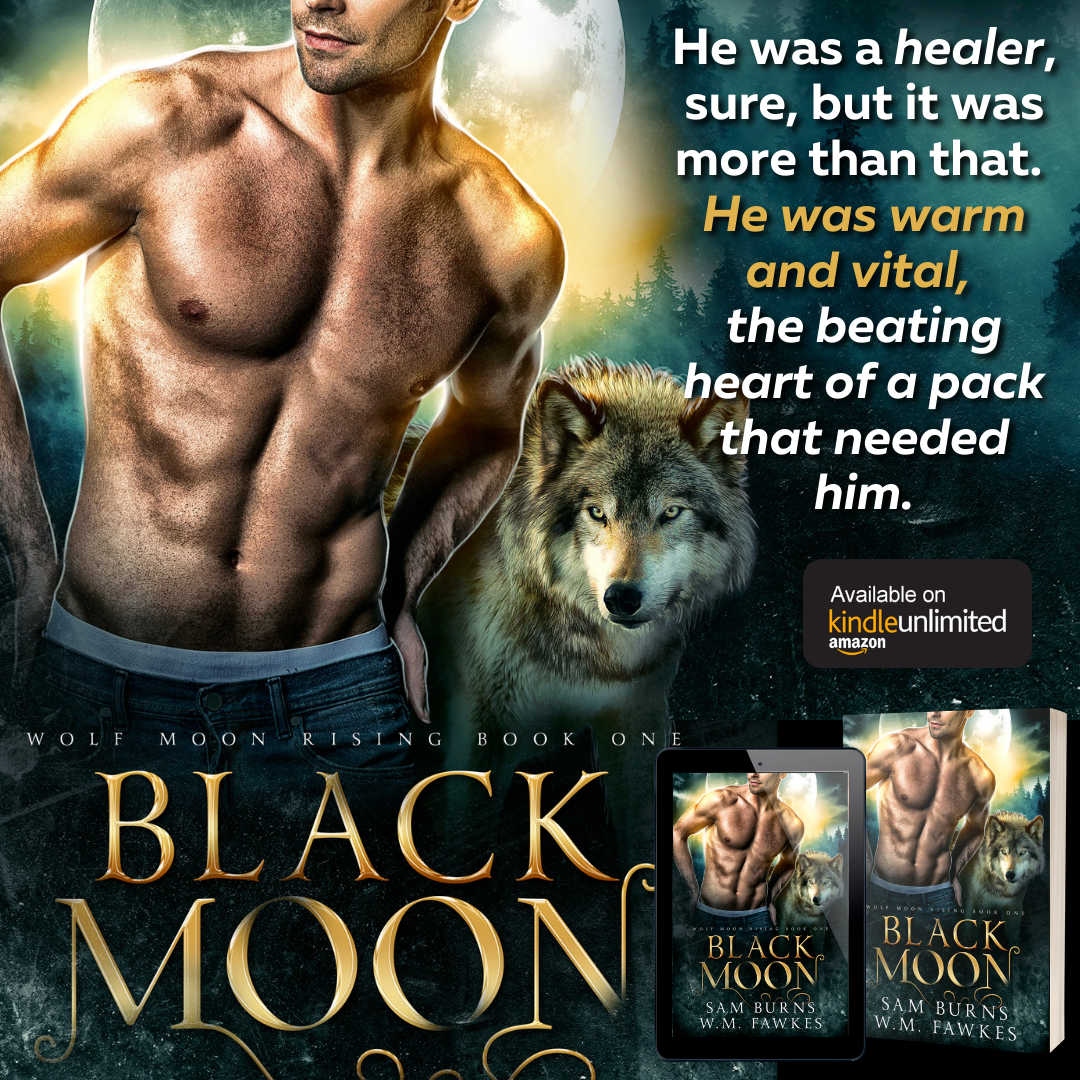 If you’ve never driven the side roads off Virginia highways, let me tell you, you’re missing out on a whole bunch of fields. Hours and hours of trees and farmland. Endless, mundane hours.

Before I even got to Grovetown, I lost patience with the audiobook I’d been listening to, slammed it off, and turned on an old Blink-182 album, shouting along with lyrics worn familiar by a youth spent pissed the fuck off.

Finally—fucking finally—I wound my Prius up hilly roads, passing what looked to be an apple orchard with a sign out front that said, “Grove Apple Grove.”

Right, the Grove pack had been founded around an orchard, wolves rushing in from the coast back in ye olden times and settling where they could grow fruit plentifully.

Sounded kind of nice, all those sweet apples. A whole pack’s hopes and dreams growing deep with tree roots in soil.

Hey! Maybe apples were the key to overcoming the Condition. An apple a day and all that shit. You never know, but I was already looking forward to heirloom apples and cider donuts.

Whatever the case, I was surprised by how much I liked the sound of a pack with a place to belong. There was, of course, a pack in DC. Dad was alpha, but we were spread out through the whole district, and everybody had drives and intentions outside of the good of the pack. There wasn’t much communal about it, just, if two wolves had a problem, if an alpha got out of hand, Dad was expected to delegate someone to handle it.

That was the kind of pack I was used to, not the kind who looked after each other, settled in close to their neighbors, and worked together.

As idyllic as it sounded, it was just a nice thought. Like the drive through the countryside, there was no damn way that kind of life wouldn’t bore the ever-loving shit out of me the second I was done writing about the Grove pack’s weird traditions and backward habits. 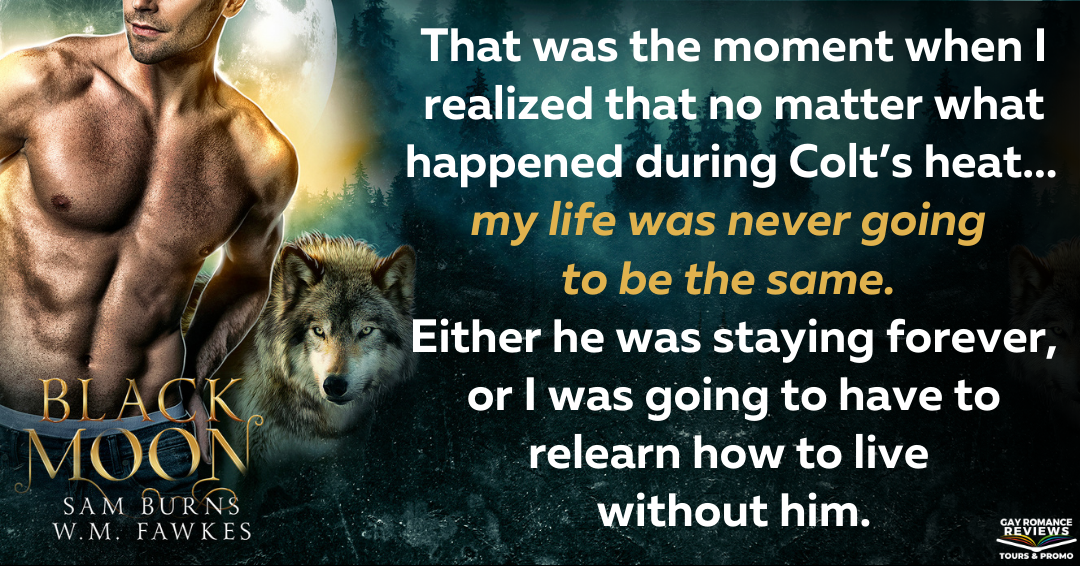 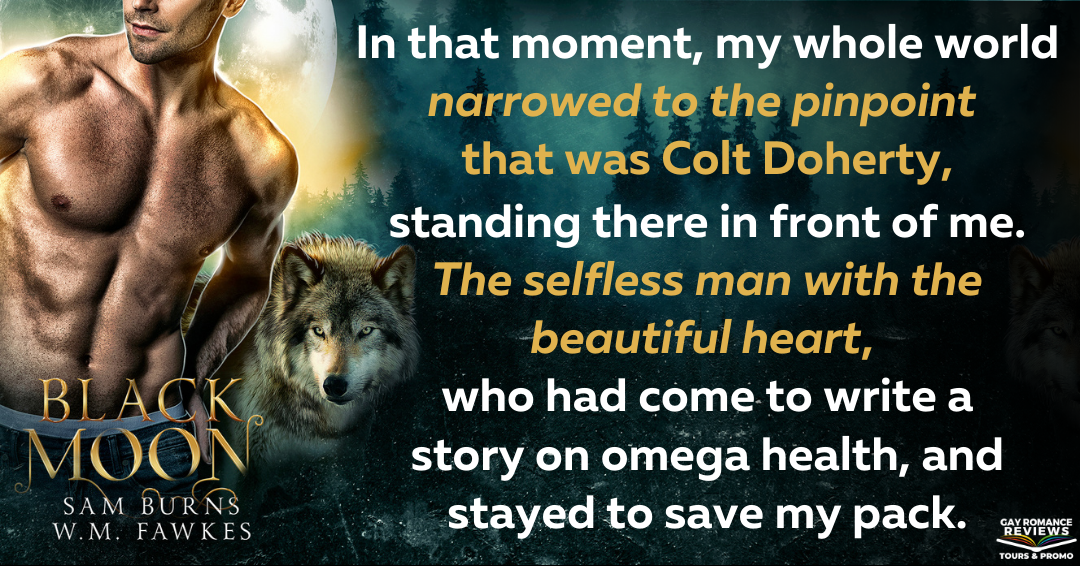 Sam is an author of LGBTQIA+ fiction, mostly light-hearted fantasy romances. Most of her books include a little violence, a fair amount of swearing, and maybe a sex scene or two. Or four.

W.M. Fawkes is an author of LGBTQ+ urban fantasy and paranormal romance. With coauthor Sam Burns, she writes feisty Greek gods, men, and monsters in the Lords of the Underworld series.
She lives with her partner in a house owned by three halloween-hued felines that dabble regularly in shadow walking. Find out more on her website.

To celebrate Sam & Waverly's new release, we are giving you 1 of 3 chances

to win an e-copy of Black Moon!