Today we shine the spotlight on Robert Stadnik and 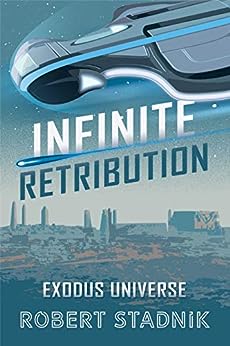 After nearly a century of oppression, the human race can finally explore the stars. Now part of a newly-formed alien alliance, the military commemorates this new age by building their first generation of starships to explore the unknown.When the crew of the INFINITY embarks on the starship’s maiden voyage, they’re primed for a mission of exploration and discovery—not confrontation. But when an unimaginable threat derails their plans, they’re forced to rethink everything they believe to be true . . . and question where their loyalties lie. With time running out, they must make a life-and-death decision: surrender to their basest instincts, or face an even greater danger that threatens them from within.

“I was thanking Captain Diego for his help in INFINITY’s construction,” Annette said.

“Captain Diego helped accelerate construction on all the ships,” Vespia clarified. “You’ve been an immense help getting these ships built. You’ll also be happy to know that I just received confirmation that Earth’s orbital shipyards will be coming online next week.”

“And seven more SOLARA class starships will be launched by next week as well,” Jacob added.

“You’ve done a great service to TERRA,” Vespia said to Jacob. “You’ve cut off nearly eight months of our original construction schedule.” To get a compliment from the head of TERRA was a rare occurrence. Admiral Vespia was tough. She demanded a lot from her officers.

“I’m just as anxious to get our new fleet built,” Jacob replied. His own personal experience made him realize the importance of having a strong space fleet. Although it had occurred three years ago, his adventure on the SOLARA through the jumpgate was still fresh in his mind. The SOLARA was completely ill-equipped for the mission, and it was only with luck and help from the alliance that the SOLARA was able to make it back home.

So far, the only starship in TERRA’s fleet conducting deep space exploration was the PHOENIX. Since its departure four years ago, TERRA had received only a smattering of transmissions from their flagship. Although PHOENIX had encountered some friendly races, they also came across hostile aliens who wanted nothing to do with peaceful coexisting. Those transmissions only made TERRA more focused on building its new starships as quickly as possible so it could defend the solar system in the event a hostile race ever showed up.

A junior officer approached the trio. “Excuse me, admiral. Yearden Thresha would like to speak with you.”

Vespia nodded to her aid. She turned to Jacob and Annette. “Best of luck on your missions, captains.”

Both Jacob and Annette nodded to her. “Thank you, admiral,” they said in unison.

As the admiral left them, Jacob turned to his fellow officer. “Have you had a chance to meet with your Onixin navigation officer.”

“Not yet,” Annette admitted. “I’m still having a hard time adjusting to the idea of an alien serving on my ship.” She saw Jacob was about to counter with something but held her hand up. “I know you’ve had positive experiences working with aliens on PHOENIX and SOLARA, and I accept we need the alliance. I’m old school. It’s going to take me some time getting used to having aliens on our ships.”

Jacob smiled. “As long as you’re open to the idea. Just remember they’re here to help us.”

“I know things can’t be the way they were. You and the others who took PHOENIX on the Screen mission proved that.” Annette was careful with her words. She still considered the crew who stole PHOENIX as traitors. She firmly believed that they could have accomplished their goals without sneaking behind the command council’s back and violating dozens of regulations. But she reminded herself that outcome was positive. It helped that she worked closely with Jacob these past couple of years. He was a dedicated man who did what he felt was right. How could she stand in judgement of him. If his actions was for the benefit of TERRA and the human race, then she was willing to give the other traitors the benefit of the doubt. She just didn’t agree with how they went about it. 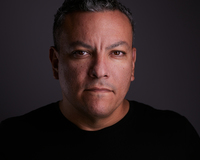 Robert Stadnik is a science fiction writer, author of the Exodus starship adventure series and Exodus Universe novels. Originally from Southern California, Robert has lived in Phoenix, Arizona for over twenty years. He travels extensively for work here in the U.S. and internationally, meeting people from all walks of life. For more information, please visit his website.