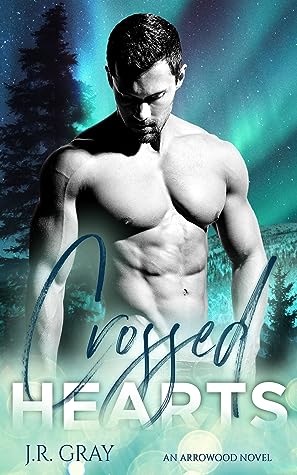 Small towns thrive on gossip, and as the owner of the local bar, I consider myself keeper of those secrets. The bar is like a confessional, a place to unload. My sanctuary where my secrets stay hidden and the focus is never on me.

I keep my world orderly. None of the bad touching the good. Little dividers allow me to live with myself, which isn’t easy in Arrowood.

It worked until my one lapse in judgment showed up to bite me in the ass.

My best friend’s arrogant, moody, and persistent little brother who just won’t take no for an answer. I’ve never wanted and hated someone so much in my life. He’s determined to pull my secrets out of me—I’m determined to resist him.

At first, I struggled to get into the story. I didn't like Sage at all, his reactions were over the top and unbelievable, the plot was far fetched and I didn't have enough information to make sense of what was happening. I kept going with some reluctance in the hopes that something would change at some point.

And something did actually change after about a quarter of the story, the plot became more interesting and appealing to me, the things that didn't make sense at first started to clear now that new details were coming in. It turned out that Sage had much more depth than he appeared to have at first glance. He was actually sweet and considerate, patient and loyal.

Adam on his part, had many quirks and rules. He came from a big, meddling family, he was used to his small town and how everyone knew everyone's bussiness. That's actually one of the reasons why his past was still haunting him.

While I liked the story a lot more after the first few chapters, I still struggled at times because of the editing. I don't know what was going on, but a lot of the time I had to read something two or three times in order to make sense of what was being said. Some of the sentences were weirdly structured and sometimes even the flow of the dialogues was off.

The sub-plot with Cody and Sage's parents going missing and their bussiness partner taking over their assets was one of those things were you just had to go with the flow and not think too much or too rationally about it. As soon as I decided to see it that way, everything went along a lot smoother.

Overall, it was a nice story, fairly light-hearted and funny, but also with some angsty moments.