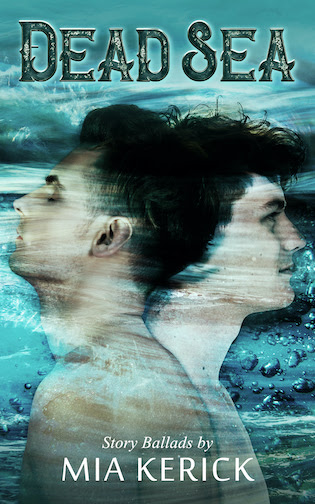 Kyle is a swaggering bully; Lenny strives to be invisible.

Kyle has been left alone in the world; Lenny is the world’s biggest loner.

When Kyle saves Lenny from drowning, their lives will never be the same.

After a brutal encounter with school bullies, Lenny swims out into the ocean, determined to let the current whisk him away. Next thing he knows the meanest kid in town is pulling him from the waves, promising to be his Dead Sea, and to never let him sink.

All Kyle wants is to get out of beach cleanup, is that too much to ask? So he goes for a swim, only to come upon the most epic “nobody” in the senior class drowning in a riptide. Lenny’s haunted gaze grips him, and Kyle makes the impulsive decision to save his life or die trying. And through this ordeal, Kyle and Lenny are transformed.

Kyle’s heroic act sets him on the straight and narrow, and he opens his heart to the young man he dragged from the ocean. Lenny changes too but is still unable to reveal the truth of his pain. While drowning in a sea of secrets, the reformed bully and wary victim fall in love. But staying afloat in the Dead Sea is not as simple as it seems.

“You’re…in the Dead Sea now, dude.” Even though I’m breathing heavy, my voice comes out gentle. I don’t recognize the sound, seeing as there’s nothing gentle about me.

“You heard me.” The kid stiffens like a board—he’s definitely hurling. I hang onto him tight as I swim with one arm. Every stroke burns my shoulder. “You can’t sink in the Dead Sea.” But damn, saving somebody’s ass from a rip current takes a long fuckin’ time.

Lenny pushes off me enough to swivel his head around and gawk. I’ve never been this up in a dude’s face before. And I’d have figured a guy so invisible would have everyday gray eyes like mine. They’re the darkest blue I’ve ever seen, though. Can’t believe I didn’t notice this before.

“It’s not really a sea, you know…th-the Dead Sea’s…a s-salty lake,” I stutter and suck in a quick gulp of air.

Again, Lenny leans back on my chest. I rest a hand on his belly. Even half-frozen, his skin is smooth and slick and softer than I’d ever have figured a dude’s skin could be. He kicks a couple times, kind of half-hearted, and asks again, “What?”

“The salt…in the Dead Sea…it makes you float. You don’t even have to try.”

The arm clutching Dubinski’s belly trembles, so I wrap my fingers tight around his wrist. He tries to peel them off.

“Did ya know…did ya know the Dead Sea’s…the lowest point on earth?”

Kid’s got himself a point, Grampa. What does matter is that we keep our brains cemented and this Dead Sea shit is all I can come up with. It’s about the only thing I learned in geography class all semester—from an extra credit take-home project I actually passed in so I wouldn’t flunk out.

“It’s like…three million years old.” I’m gonna have to roll over onto my other side because the fingers gripping Lenny’s skinny wrist are tingling. Next, they’ll be numb, and I’ll lose him to the ocean. I don’t warn him before I do the flip-and-shift move. I let go, roll in the waves, and reach for his other wrist with my swimming arm.

But Lenny’s ready for it. He shimmies away at the perfect moment. “I can’t let you die for me!”

I’m not tired or weak or waterlogged no more. I lunge into the waves again and again—pounding the ocean with everything in me—until I meet with a leg that’s got to be Lenny’s. I squeeze it tighter than how I clung to Grampa’s arm on that night I found him in his bed.

“Not gonna let you die!” I screamed the same thing that night, but it was too damn late. Grampa wasn’t sound asleep like I first thought. 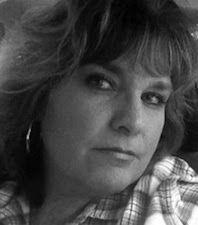 Mia Kerick is the mother of four exceptional children--all named after saints--and five nonpedigreed cats--all named after the next best thing to saints, Boston Red Sox players. Her husband of twenty years has been told by many that he has the patience of Job, but don't ask Mia about that, as it is a sensitive subject.

Mia focuses her stories on the emotional growth of troubled young men and their relationships, and she believes that sex has a place in a love story, but not until it is firmly established as a love story. As a teen, Mia filled spiral-bound notebooks with romantic tales of tortured heroes (most of whom happened to strongly resemble lead vocalists of 1980s big-hair bands) and stuffed them under her mattress for safekeeping. She is thankful to Dreamspinner Press for providing her with an alternate place to stash her stories.

Mia is proud of her involvement with the Human Rights Campaign and cheers for each and every victory made in the name of marital equality. Her only major regret: never having taken typing or computer class in school, destining her to a life consumed with two-fingered pecking and constant prayer to the Gods of Technology.

My themes I always write about:

Sweetness. Unconventional love, tortured/damaged heroes- only love can save them.

Mia Kerick focuses her stories on the emotional growth of troubled young men within the boundaries of blossoming, supportive relationships. She believes that sex has a place in a love story, but not until it is firmly established as a love story. And Mia's stories are centered around a certain theme: even heroes can be sweet. Sweet, but not completely innocent.