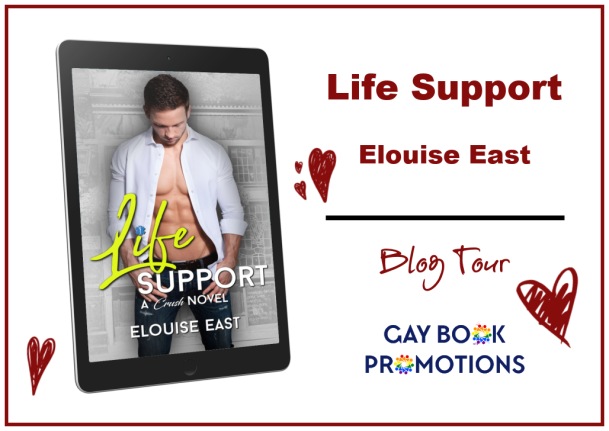 Themes: Sexual harassment in the workplace

It is a standalone story, although characters from other books in the series do appear throughout

Secrets give others more power. Now is the time to fight back.

What can they do when their safety and self-worth are compromised?

Casey’s usually bubbly, cheeky demeanour is diminished by sexual harassment from a colleague. When Casey becomes scared for his safety, he seeks out a trainer to teach him how to escape. Withholding the secret is stifling, but he sees no other option if he wants to keep his job. Spilling those secrets to an almost stranger changes his life in a way he never thought possible.

Luke spends his time training people in evasive tactics. He loves his job, but feels inferior to his more successful siblings. How can he compete with lawyers, police officers and teachers? When Casey comes to him for training, Luke knows he’s hiding a secret and wants to get to the source. Finally, Casey confides in him, and Luke sets his sights on helping.

Can they win the fight against people who bring them down?

“How are things going with Marcus?” Chloe asked as they packed up the equipment, ready to drive back to the hospital. “Still in the lovey-dovey stage?” She grinned, nudging his shoulder.

He shoved her back, good-naturedly. “Yes, as a matter of fact. Everything is going great.”

Casey had met Marcus four months ago and had persuaded him to bring a friend along for a double date with Casey’s best friend, Alex. So far, as he’d told Chloe, everything was working out well despite his shift patterns. Or maybe because of his shift patterns. Twelve-hour stints, two days, two nights, four days on, four days off. The hours were crap, but it was part of his job, so he couldn’t complain about it. He’d known the times before he agreed to the role.

They climbed into the ambulance, Chloe in the driver’s seat. Casey didn’t mind driving, but most of his colleagues preferred being in control of the ambulance, so he let them have it. He was happy to navigate instead. The engine’s loud rumble reverberated beneath his feet and ass while he clicked his seat belt into place.

“Who was the guy I saw you with earlier today?” Chloe asked, pulling out onto the road.

Casey frowned, then smiled. “Oh, outside the deli? That was Craig.” His heart felt heavy when he thought of the guy. “He’s been through a lot, and I’ve spoken with him a few times at the hospital.” He wasn’t about to divulge Craig’s personal details despite Chloe being bound by the same confidentiality rules. “He knows Alex, too. I was inviting him to meet some friends. I thought it might help him to socialise a bit more, rather than exist in his own little bubble.”

“That’s nice of you. Everyone needs friends. I’m not sure where I’d be without mine.”

Chloe had also been through a difficult time. Eight months ago, her husband had left her with two young children. It had taken a lot of organising for her to be able to come back to work. Casey glanced at her, seeing her blonde hair tied back in a ponytail; pale, blemish-free skin; dainty nose and rosebud lips. Her blue eyes sparkled all the time—except for the first few months after her husband took off—and she thoroughly enjoyed her job. If Casey had been heterosexual, he would’ve flirted with her. He did flirt with her, but they both knew that was the extent of it.

“How are the munchkins?” Casey asked with a grin, turning the subject to something he knew raised her spirits.

Chloe blew a hair out of her face. “Growing up too quickly. I know I have to give them time because of what’s happened, but Gemma is a nightmare.” Chloe shook her head and sighed. “She refuses to sleep in her own bed, which means I rarely get a good night’s sleep—not that I’m complaining, I’d prefer her to be happy and settled. It’s difficult. As for Jerome, he’s carrying on as if nothing happened.” A frown crossed her face.

“They’ll process it in different ways, you know that. Just be there for them and ask for help when you need it. Don’t do this alone, Chloe.” He reached over and squeezed her leg gently, hoping to convey how much she meant to him.

“I know, and I do ask. I hate having to rely on so many people.”

“I understand that. It’s nice to be independent, but sometimes, it’s just not possible.” He looked at his watch. “Almost dinner time. I’m starving.” As if his words reminded his body, his stomach growled.

Chloe snorted and flicked her gaze to him briefly. “You’re always starving. If I remember right, you were starving half an hour after the deli.”

“What can I say? I have a fast metabolism.”

They both laughed, the sound echoing around the small cab. Their Terrafix Responder chimed with a new incident, and Casey checked the details, relaying the information to Chloe, who sped up as Casey flicked on the sirens and lights. He brought up the route they’d need and directed Chloe to the house.

Two hours later, at the end of their shift, they finally managed to grab some food from the hospital restaurant. It was one of the downsides to the job, but if he didn’t eat while he had a spare minute, he might not get to eat

for hours. A paramedic’s schedule is based around people’s bumps and bruises, not around when it’s lunchtime or dinnertime.

Slumping at the table, his body and mind felt drained, and they sat in silence. Once he’d devoured his shepherd’s pie, he clapped Chloe on the shoulder and said goodnight, heading straight for the staff locker room. He’d checked his phone as he was eating and had seen a message from Marcus, asking if Casey could visit him that night. Normally, Casey would have agreed, but he was exhausted. He hadn’t replied yet because he’d wanted to see whether he felt better after eating. He didn’t.

The staff locker room was a large space with individual lockers for each member of staff. They weren’t particularly big lockers, but with the amount of staff at the hospital, they’d need a whole floor just for them if they made them any larger. The room also housed several showers, toilets and a couple of changing rooms. As it was a gender-neutral zone, all people used it.

Casey moved to his locker, quickly opening it and grabbing his bag, the need for sleep dragging at his movements. Usually, he’d have a shower, but tonight he wanted to get home.

“Have you had a good shift, Casey?” Dr Simon Acker’s voice made him flinch, and goosebumps rose on his arms as his muscles tensed.

Casey glanced out of the corner of his eye and hurried his movements, his heart rate increasing. “Yes, thanks.”

“Word on the grapevine is you’ve managed to keep hold of your boy toy.” Acker’s voice practically growled the last two words despite the smile on his face that didn’t seem to reach his eyes.

“Yep, still with him.” His voice was strained, each word pushing out with the effort and the hope of dispelling any other comments but to no avail. His whole body stiffened when Acker stepped closer.

“Looking good, Casey,” the doctor whispered, and he squeezed Casey’s shoulder, sliding his hand across his upper back too slowly for Casey’s liking. Acker left the locker room, and Casey leaned against the metal boxes, blowing out a breath, his muscles relaxing enough to send him to the floor if he allowed it.

Casey spun around, piercing the other paramedic with his gaze, annoyance flowing out of him. “Really, Kinton? And there’s no way he

could be bisexual, is there?” Casey glared at him and slammed his locker shut, the sound loud in the narrow space.

“I didn’t mean... He could... Shit. I didn’t think, Casey,” Kinton stammered, his face flushing, and his eyes widening.

Casey deflated, sighing and shaking his head. “Nah, it’s okay. I’m feeling shitty. Sorry, man.” Casey gave a half-hearted smile and exited, keeping his eyes peeled for the doctor who gave him some seriously weird vibes. Acker had made similar comments to Casey since Acker had started working there about a year ago. To begin with, it had been nothing more than nice words about how well he did his job, which Casey had appreciated, but they had become steadily more personal as time went on. There was nothing he could do about it, so he carried on with his job and tried to avoid the man where possible.

I am a bestselling author of contemporary MM romance. I write a variety of themes: sweet and fluffy to high angst to taboo, but friendships are integral to each character's experience. I write books that are emotionally realistic, even if liberties are taken with other aspects of my stories.
Reading and writing have always been a part of my life, although my debut book wasn't published until July 2019. My experience has come from reading thousands of books over the years and being a perfectionist when it comes to trying to make things right. I live in the centre of the UK with my two children, who make life worth living, keep me (in)sane and make me laugh every single day.

for a chance to win 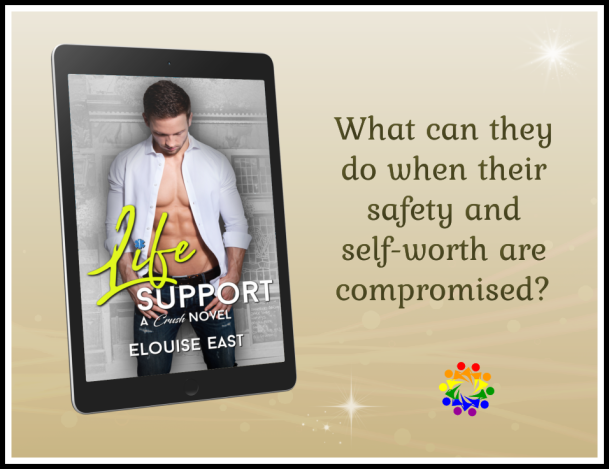