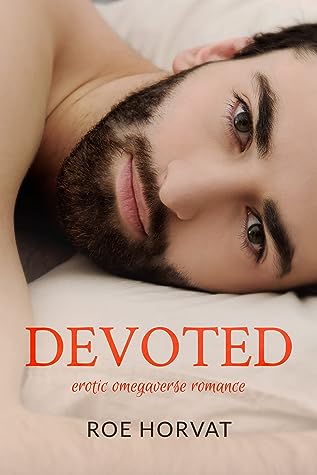 Nate is either extremely foolish or extremely fortunate—he’ll find out soon enough. In his defense, he doesn’t have a choice. One squeeze of a hand and he’s lost, ready to follow Caleb anywhere, do anything… Except His Excellency Caleb Massoud is the least available man in the Northwest. He’s young and beautiful, outrageously rich, surrounded by security detail, and bound by the strict rulebook of his conservative family. Loving Caleb is forbidden, a sacrilege. But what if Caleb returns Nate’s feelings?

Entangled in secrets and his parents’ demands, Caleb can barely breathe. His heat is approaching, and the hormones are messing with his head and body, while his fathers insist he must marry now. As the only omega son and heir, Caleb is supposed to stay pure until he chooses one of the pre-approved alphas. Instead, he’s burning with all-consuming lust for an older, liberal American without any wealth or connections. And Nate desires him back—it’s clearly written in his eyes. Caleb has been the docile omega long enough. It’s time to smash the golden cage and take what he wants.

I'm not going to lie. The beginning of the book had me very skeptical. I don't read insta-love books because I know I can't get into the story and I end up rolling my eyes a lot. My one exception is paranormal books with fated mates and even then I sometimes struggle.

Here, Caleb and Nate aren't fated mates, they're just very attracted to each other and decide to start a relationship and be together. What didn't work for me at the beginning was the immediate declaration of love and the whole pace of the relationship which was very rushed and like a whirlwind affair that would soon crash and burn. Of course, with this being a romance, I knew this wasn't the case here and that the MCs' feelings wouldn't change.

Anyway, putting aside the fast pace of the relationship, this story takes place in an omegaverse and has all the trademark aspects of such a universe. What I like about Walter Sebastien's world - because that's how I think of of this series - is that even though it's basically erotica, there's still a solid plotline, characters with depth, unique personalities, aspirations and hopes, family relationships, customs and details about how that universe works.

Yes, there are a lot of sex scenes, but that's not all this book is. Caleb and Nate develop a relationship and it's clear how much they adore each other. They communicate, they share their thoughts, their fears and their hopes. They are supportive and protective of each other. Seeing their relationship gaining depth and solidifying made me feel more at ease with its pace. That's why the second half of the book worked so much better for me. The last few chapters strengthened their bond even more and there were some emotional conversations involving side characters that I'm glad we got to read.

The epilogue was very nice, it was a glimpse of Caleb and Nate a few years down the line and it was satisfying to find out their fast start wasn't a mistake or an impulse but rather a very good decision that worked out for both of them.

Of course this book couldn't leave out Walter, who makes quite a few and very significant appearances. He's unapologetic as ever, crash and seemingly unaffected my much. He's also helpfull, caring and protective of his friends. He's getting a book and hopefully his much-deserved HEA with a man of his own!