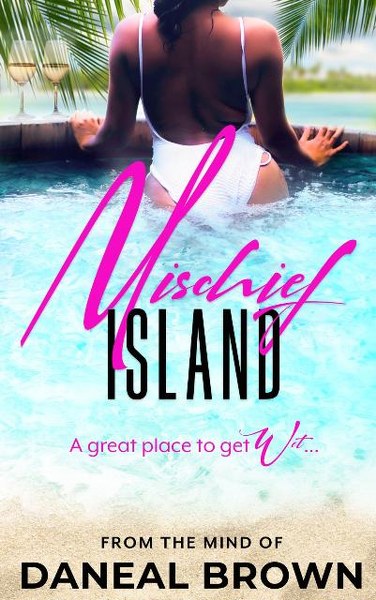 The McDonald’s and The Lafluer’s seem to have it all -- a loving relationship, a wonderful home and some awesome friends, that is always there for them no matter what.

Lauren, the ambitious beauty, worked hard at her job, always bringing work home, trying to be recognized as more than just a pretty face. Unknowingly she was neglecting her husband Leroy in the bedroom and it began pushing him towards a young beauty at his job.

With Whit working more overtime than he’s ever worked in their twenty plus years of marriage to his loving wife Suzanne, the spontaneousness in their sex life was slowly fading away.
With a headline like “Insane O _ _ _ _ _ S,” how could the feisty buxom blonde Suzanne pass up this opportunity, no matter how tasteless Lauren thought it was, she had to see what it was all about. After an intense morning workout and a regular day at the office, Suzanne and Lauren went to one of their favorite eateries for lunch. Before their food could hit the table Suzanne had already made the call and gave some mysterious woman all of their business. Now all they had to do was convince their husbands.
Join Suzanne and her best friend Lauryn as they pull their husbands into a wild adventure on an island where love reigns supreme, but mischief rules.
The couples let their hair down and find multiple ways to strengthen their relationships with drinking, dancing, romance and oranges?

From the creative mind of Daneal Brown,  Mischief Island will display and test friendship, love, and marriage in this spicy novel.
Add to Goodreads * Purchase Links

Daneal Brown has been creative all of his life, but he didn’t start focusing his creativity on writing until he began attending high school in Atlanta, GA. His writing started out as poetry, which later became raps. Being a huge rap music fan, Daneal tried his hands at many rap styles, but storytelling became his signature style. His love for storytelling intensified in college when he was a student at Grambling State University.
After graduating and entering the real world, Daneal got away from writing his tales, but his writing was revived after seeing a writing challenge on Facebook. He hopes that his writing takes people into a zone where they lose themselves and rekindle lost emotions. When asked about his writing style, he said it’s out the box, spontaneous, entertaining, and he doesn’t plan on sticking to one genre.
Website * Facebook * ReadersGroup * Twitter * Instagram * Goodreads