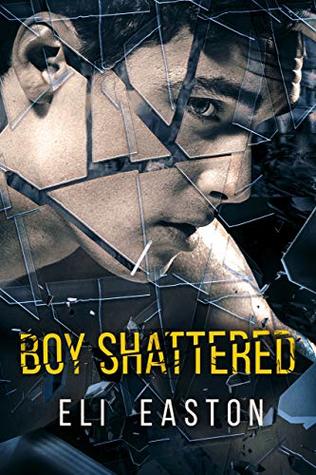 BrianYou’ll make it out of here, Brian. I swear.I had everything—school quarterback, popular with girls, and my dad was proud of me. I told myself it didn’t matter no one knew the real me. And then I nearly died. Landon saved my life. He’s the bravest guy I know. He came out a few years ago, proud and fierce, and he ran into gunfire to help others. Me, I’m a mess. Can’t even stand to be in a room with the curtains open. But here’s the thing about losing it all: You get a chance to start over and be someone new. Only how can I move on when the two shooters who attacked our school were never caught? And why do I feel like I’m still in the crosshairs?LandonWill you kiss me?When I came across Brian Marshall,the hottest guy in school, dying on the cafeteria floor, I did what anyone would do. I tried to save him. His request surprised me, but I figured he needed comfort, so I kissed him on the forehead. When he survived and came back to school, he was broken in body and mind. He still needed me, and soon we were unlikely besties. But what I saw at school that day woke me up. I want to demand action on gun control, lead protests, raise my fist. I’ll tear the world down if I have to. And if I can get the man of my dreams and save the world at the same time? I’ll take it. Only I didn’t understand that the horror at Jefferson Waller High wasn’t over.

‘Boy Shattered’ starts with a rather violent event…an event that sadly the world is all too familiar with…a school shooting. One that leaves over 40 people dead and several others injured. However, make no mistake ‘Boy Shattered’ isn’t about the actual event so much as it’s about the aftermath of the event.

Landon’s the young man who happens to be in the right place at the right time to keep Brian alive and while it didn’t take anything as dramatic as mass murder to bring these two men to each other’s attention, it was unfortunately the catalyst for their meeting.

The story takes up through the lives of Brian, Landon and their friends as they say good-bye to dear friends and try to find their way back to a feeling of safety and security and ultimately…a new normal.

Brian and Landon’s story was, to say the least, hopeful. Two young men surviving what no child should ever have to survive…but not only did they survive in their own way, they fought back.

Brian with his efforts to figure out who the shooters were…yes, one of my disappointments here was that to be quite honest the cops in this one were…potentially TSTL!!! I should never have been left for Brian to deal with catching a killer much less a potentially a killer who in my eyes was very much mentally unstable. But there you have it, folks…sadly another case of the system failing the victims.

Landon wants to be there for Brian, but he also wants to see reform enacted that will hopefully keep anyone else from going through what he and Landon endured. I honestly get where both of these men were coming from. Brian wanted to feel safe again and as long as the men who shot him and killed his fellow classmates were free to repeat their horrors…he’s not going to feel safe.

Landon wants a safer world for everyone…two objectives, both admirable.

As with most stories by Ms Easton, there’s a solid cast of supporting characters that helped to give depth and perspective to things. Did I love all of them…no, absolutely not. But there were also characters whom I adored but also who also gave such a touch of realism to the story.

This was only my second audio book narrated by Tristan Josiah, and I was once again impressed with the narrator’s voices. Not only were they distinctive and unique but the characters sounded their age. I know that may sound strange but sometimes narrators don’t fare as well with characters outside of their age bracket…for example (and no, I’m not giving specifics) there’s a series that I would love to listen to on audio; unfortunately every time I listen to the samples, I keep thinking that the MCs sound like two men who belong to the geriatric set rather than the 30ish men they’re supposed to be…seriously, I’m pretty sure I’d fall asleep trying to listen to the books so I finally just scrapped it from my ‘want to listen’ list.

‘Boy Shattered’ is a story that centers on a very current, very scary event with sensitivity and insight. It captures the readers heart and whether we want to or not, it says “look at this, see this, this is the world we give to our children.” I was a tiny bit resistant going into this one because when my son was ready to start high school we discovered that the school he was going to be attending was having metal detectors installed. We made the choice to leave that part of the city found an area that was going to be safer and I live in Canada and statistically speaking out changes of a school shooting is much lower…not impossible, just lower. So reading ‘Boy Shattered for me at times was like revising some of worst nightmares. However, it was also a wonderful reminder of the resilience that is contained in each generation.

Heartbreaking…yes, uplifting and reaffirming without a doubt.

Thanks for stopping by. Until next time, happy reading/listening!