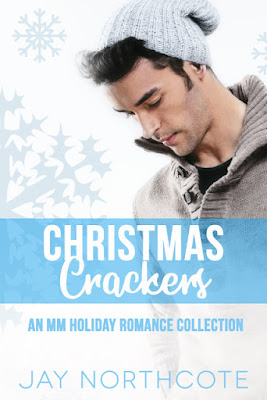 Best friends snowed in together. When the heat rises, will they get cold feet?

Getting snowed in at a remote cottage in Wales with someone he’d fancied for ages isn’t exactly how Sam expected to spend Christmas. His feelings for Ryan are pointless. Ryan’s straight—or so he thought.

Until now, Ryan’s kept his feelings for Sam buried. Why ruin a friendship over what might only be gay experimentation? Playing it cool seems safer, until a cold snap makes sharing body heat vital. In their Welsh safe haven, anything seems possible.

As Ryan’s reserve melts away, Sam wants more than stolen kisses under the mistletoe. But a sudden thaw means making decisions. They could face the New Year together—unless one of them gets cold feet.

When two friends pose as boyfriends, could what happens at Christmas turn into something more?

In the aftermath, they both assume it was a one-time thing until fate intervenes. Stuck together in London over the holidays, they give in to temptation again. But what happens at Christmas stays at Christmas… right?

***
Zac never had a family of his own, but Rudy has enough to share.

Zac prefers to keep people at arm’s length. Yet when Rudy offers him a family Christmas it’s impossible to resist. With no parents of his own, Zac is pleasantly surprised to be welcomed by Rudy’s. The only drawback is that everyone assumes they’re a couple. Unwilling to disappoint Rudy’s mum and make Christmas awkward, they decide not to deny it.