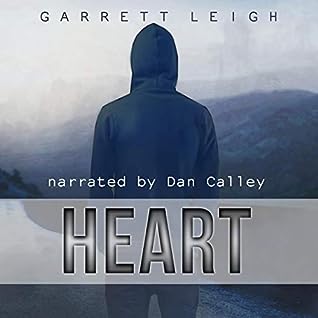 Cornish pastry chef Seb Wright dreads the summer tourist season. The cash injection to his artisan fudge pantry is more than welcome, the extra work, less so. Then one summer, a shadowy Good Samaritan catches his eye. Irish Traveller Dex is bewitching, a beautiful sullen enigma who turns Seb's world upside down until he disappears in the night, vanishing like a mystical summer rain.

Twelve months later Dex is in the midst of a dark storm. A slave to his master, 'Uncle' Braden, he spends his days cleaning caravans and his nights working in Braden's other businesses. His short summer with Seb seems a lifetime ago. Lost in the savage violence of the murky underworld, he doesn't dare dream he'll ever find his way back, until one night, a brutal crime opens the door for a chance escape. A new life beckons, old faces emerge, and immersed in the heady vibe of London’s East End, new love begins to heal his fractured heart.

the first one being that there was something familiar about this story and after poking around on Ms Leigh’s list of books I discovered that I was right, ‘Heart’ is a more in depth retelling of her story ‘Gypsy Rain’ which I’ve had on my ‘To Read’ list for a while now and the second thing was that this was a story that was going to break my heart and sadly I was kinda’ right about that too…thankfully by the end of it all my heart was pretty much put back together again.

Seb’s a pastry chef and when he first meets Dex he’s running his family’s artisan fudge pantry. Seb’s enchanted by Dex and what starts as an act of kindness when Dex finds Seb’s wallet and returns it to him becomes a slow and cautiously played out effort on Seb’s part to draw Dex into his world where he can get to know him better and hopefully keep him safe or at least that was what Seb hoped for until Dex disappears without a trace.

When Dex gets the chance to escape the nightmare that’s become his life…he takes it and attempts to loose himself in the hustle and bustle of London never guessing that his path would cross with Seb’s.

Garrett Leigh without a doubt has become one of my favorite authors. Her stories are packed with emotion, they’re thought provoking and while she’s not afraid to show us the darker side of human nature, she also shows us the side that strives, hopes and struggles at times to not only persevere but to find more…to have a life that’s better…to find that someone they can love and be happy with.

Seb and Dex come from very different worlds. Seb’s grown up with the love and shelter of family, while Dex has had to rely on himself because for him family meant betrayal and being used…traded like a commodity to a man who would bring him nothing but pain and suffering. Dex also comes from a world where talking to outsiders is never acceptable no matter what and it’s this unwritten law of his culture that creates a world in which people like ‘Uncle Braden’ not only survive but thrive.

I don’t think there was honestly anything about this story that I didn’t like. I may not have totally agreed with some of the decision and actions taken by characters at times…in particular some choices that Dex made at the end, however, I can also see where the decisions he made were the ones that were right for him and ultimately they were decisions that each person has to make for themselves based on that factor…what is right for the individual in that circumstance.

As always Ms Leigh has created a story that kept me riveted to my seat from start to finish and along with the talented and insightful narration provided by Dan Calley this was a story that easily came to life for me and one that I look forward to enjoying again.

An audio book of ‘Heart’ was graciously provided by the author/publisher in exchange for an honest review.