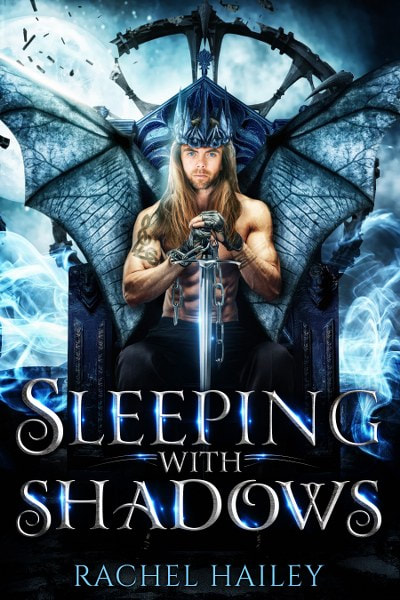 Once The King of Nightmares, Ashe lost everything when he was betrayed. Released from prison, he's got one goal: Stay Free. To make that happen he'll have to rescue the girl who stole his crown while saving the court he'd rather see burn. But he can't do it alone. He needs Callie.
Abused, neglected, and finally shunned by The Court of Light, Callie is done with court politics. It's just too damned bad Ashe doesn't care. He's arrogant, manipulative, and dangerous. Everything she's been taught to fear. It would be so easy to hate him, but the sadness in his gaze calls to her heart, and his touch awakens her own darkness. She has never wanted anyone more.
Callie is Ashe's darkest desire, but to earn his freedom and prevent the destruction of humanity, she must embrace the destiny that will keep them apart. But is the safety of the world worth losing the kind of love he's only dreamed of?

Add to Goodreads
Amazon * B&N * Kobo * Fyreside Publishing
Excerpt
Ashe shoved away from the door, his eyes turning black with anger as he stalked closer.
Callie’s instincts screamed at her to run.
Ashe came to stand in front of the desk, teeth bared, his voice rang with power. “You have no idea what it feels like to be locked away. Time melting together until you pray to die. When every heartbeat is a taunt, every breath a curse.”
Ashe slammed his fist down on her desk, scattering paper and pens. Callie bolted from her seat, her back slammed into the wall as she tried to flee his anger. Ashe followed her. “Oh no, you’re not getting away yet.”
His arms snapped out, his palms slapping the wall on either side of her face, caging her.
Callie trembled.
“You should be thankful I need you sane, or I'd show you what it takes to make a person
‘psycho. How do you think you would do? Do you think you'd fare better than The Bloodkyn
Queen? Do you think you'd cope better than me?”
He pressed the side of his face against Callie’s and inhaled. Like a snake tasting the air, Ashe's tongue darted out and captured a stray tear from her trembling cheek. “Mm. Delicious. All that fear, that shame.”
Callie screamed as she suddenly lost her balance and tumbled into Ashe’s arms. “Please.”
“I like that word. Say it again.” Ashe licked his lower lip, his black eyes hooded.
“Please, please,” Callie stuttered, her mouth dry.
“Say, ‘Please, Ashe forgive me for whining like a petulant child’ and mean it. Let me hear the regret in your voice.”
Callie stammered the words out, hoping it would be enough to save her.

Rachel Hailey was born and raised in the South. She's all about that nerd life and in between writing she's dedicated herself to raising the next generation of nerds. If she's not online or staring at a book she can usually be found at the local game store rolling dice, shuffling cards, or planning her next cosplay.
Her childhood was most prominently shaped by the works of R.L. Stine, Stephen King, Anne Rice and the Brothers Grimm.
Website * Facebook * Twitter * Instagram * Goodreads