Today we shine the spotlight on Jay Northcote's

containing all six books of the Housemates series 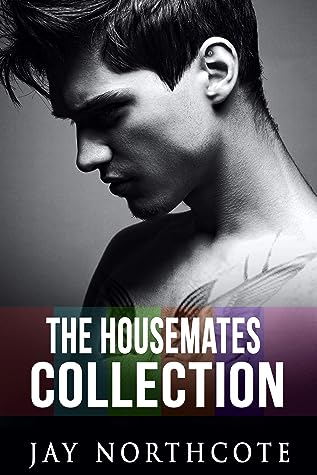 Helping HandJez Fielding and James MacKenzie—Big Mac to his mates—are in their second year at uni. After partying too hard last year, they make a pact to rein themselves in. While their housemates are out drinking every weekend, Jez and Mac stay in to save cash and focus on their studies.When Jez suggests watching some porn together, he isn’t expecting Mac to agree to it. One thing leads to another, and soon their arrangement becomes hands-on rather than hands-off. But falling for your straight friend can only end badly, unless there’s a chance he might feel the same.Like a LoverJosh has a plan: get through uni with a good degree and no debts. Focused on his goals, he’s working as an escort to pay his way. He enjoys the no-strings sex and doesn’t have the time or inclination for a relationship. Falling in love definitely isn’t part of the deal—especially not with a client.When Rupert meets Josh in a bar, he’s smitten on sight. He’s never paid for sex before, but when Josh propositions him, he can’t resist. He should have known one night would never be enough. Luckily for him, he has an inheritance to support his addiction to Josh, because his job in IT wouldn’t cover the cost.With each appointment the lines get increasingly blurred. Something is developing between them that feels more like a relationship than a business transaction, but they come from different worlds and to go from client-and-escort to lovers seems impossible. If they want a future together, Josh and Rupert have a lot to overcome.Practice Makes PerfectGetting experience with the guy next door seems like a great idea—until the lines blur.Dev, a geeky first year physics student, has zero sexual experience and he’s determined to change that ASAP. After a bad time in halls of residence, he’s starting the summer term with different housemates and a new plan of action.Ewan lives in the house next door to Dev. He’s young, free and single, and isn’t looking to change that anytime soon. When awkward circumstances throw them together, Ewan offers to help Dev out in the bedroom in return for maths tutoring, and Dev jumps at the chance.They work their way through Dev’s sex-to-do list, but what starts as a perfect no-strings arrangement gets more complicated as their feelings for each other begin to grow. If they’re going to turn their lessons in lovemaking into something more permanent, they need to work out how they feel about each other—before they get to the end of Dev’s list.Watching and WantingWatching Jude’s cam show stirs desires Shawn’s always denied...Shawn is adrift. Recently graduated, he’s stuck in a dead-end job that barely pays the bills. His girlfriend dumped him, his friends have moved on, and he’s still in Plymouth—going nowhere.Jude is a student living in the same shared house. Out and proud, he’s everything Shawn’s been running from since he hit puberty. When Shawn discovers Jude works as a cam boy, he can’t resist the urge to watch one of his shows. It makes Shawn want things that scare him, yet his fascination forces him to confront his attraction to Jude.Keen to explore his bicurious side, Shawn suggests they do a show together. Jude agrees, and things get complicated—and kinky—fast. But Jude isn’t looking to get involved with someone so deep in the closet. If Shawn’s going to get what he wants, he needs to find the courage to stop hiding from himself and be honest about who he is.Starting from ScratchStarting over isn’t easy, but Ben is ready to live his life as the man he was always meant to be.Ben is transgender and back at university after hormone treatment and chest surgery. His new housemates have no idea about his history and Ben would prefer to keep it that way. He’s starting from scratch and his life is finally on track, except in the romance department. The idea of dating guys as a guy is exhilarating but terrifying, because if Ben wants a boyfriend he’ll have to disclose his secret.Sid is drawn to Ben from the moment they meet. He normally gets what he wants—in the short term at least. Ben’s guarded at first, and Sid’s not used to guys rejecting his advances. He eventually charms his way through Ben’s defences and helps Ben on his journey of sexual awakening.It doesn’t matter to Sid that Ben is trans. He’s attracted to the whole person, and isn’t worried about what is—or isn’t—in Ben’s pants. They’re good together, and both of them are falling hard and fast, but Ben’s insecurities keep getting in the way. If Sid can convince Ben he's committed, will Ben finally be able to put his heart on the line?Pretty in PinkRyan isn’t looking for a relationship with a guy—and Johnny isn’t looking for a relationship at all.Ryan’s always been attracted to tall, leggy blondes—normally of the female variety. When Johnny catches his eye at a party, Ryan’s interest is piqued even though he’s never been with a guy before. The attraction is mutual, and the amazing night that follows opens Ryan’s eyes to his bisexuality.Experience has taught Johnny that love hurts. Staying single is safer, and there’s no need for complicated relationships when hooking up is easy. When he moves in next door to Ryan, they’re both interested in picking up where they left off, and it seems like an ideal arrangement: convenient, mutually satisfying, and with no strings attached.Despite their best intentions to keep things casual, they develop an emotional connection alongside the physical one. Both begin to want more from the relationship but are afraid to admit it. If they’re going to work things out, they need to start being honest—first with themselves, and then with each other.

Afterwards, Jez blamed the alcohol for loosening his tongue, because he didn’t think about it before he spoke. The words tumbled out before he could stop them.

“Huh?” Mac snapped his head around to meet Jez’s gaze. Jez’s heart pounded erratically, but his dick was still standing to attention. “What… you mean, you want to wank in here? Now? Wouldn’t that be weird?” Mac sounded seriously freaked out.

Jez backtracked quickly, cheeks hot. “It doesn’t have to be weird. I’ve done it before with guys at school, and it’s never been a big deal. But don’t worry about it. I’ll go and watch my own stash instead. But I need something soon, ’cause I’m gonna explode after watching that sex scene.”

Jez was expecting an instant no from Mac. He wouldn’t have blamed him. A lot of guys wouldn’t be into what Jez was suggesting. Jez’s heart still thumped hard, but his arousal didn’t abate despite his anxiety. He was shocked by how much he wanted this.

Mac bit his lip and frowned. “Seriously. You’ve done that?”

Jez shrugged, trying to look nonchalant. “Yeah. Like I said, it was no big deal. Just guys messing around.”

Mac stared a moment longer, then he stood, and Jez’s heart sank as he walked away. But Mac only went to fetch his laptop from the dining table. He sat back down and then opened it and tapped in his password.

“What sort of stuff do you wanna watch?” Mac’s voice was gruff and he focused on the screen rather than Jez.

Fuck. They were really going to do this, then.

Sitting on his bed, Dev yawned, his full stomach making him sleepy. He stared at his phone as he contemplated calling home but decided he couldn’t face it tonight. He loved his mum, but she did tend to bang on. Once she got him on the line, she’d end up talking for ages and asking him a million questions he was too tired to answer. Instead, he sent his mum a quick text.

All moved in, everything’s good. I’m shattered now so I’m going to have an early night. I’ll call you tomorrow.

She replied within seconds as though she’d been waiting for him to call.

He picked up his notepad and crossed off phone home. Texting counted. He also crossed off everything else on his list for today. That was Saturday done.

Dev set his notepad aside, opened his laptop, and pulled up his lists app. He liked his notepad for day-to-day organisation; it gave him a certain satisfaction to cross out the things he’d done and to get to the end of the day with all the tasks completed. But for longer-term planning, he kept his lists on his Mac, synced to his phone.

He stared at the words on the screen and sighed. That seemed like a lot of things to aim for. But it was good to have goals, right? Jez and Mac seemed really nice, so hopefully Dev was already on his way to achieving the first objective. And that bloke Ewan… Dev’s mind conjured up the image of the flame-haired hunk who lived next door. Ewan had been friendly. 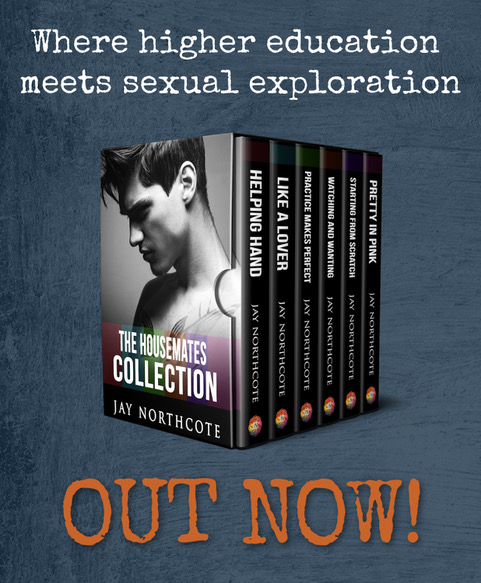 Jay lives just outside Bristol in the West of England. He comes from a family of writers, but always used to believe that the gene for fiction writing had passed him by. He spent years only ever writing emails, articles, or website content.One day, Jay decided to try and write a short story—just to see if he could—and found it rather addictive. He hasn’t stopped writing since.

a Rafflecopter giveaway
Promotional post. Materials provided by the author.