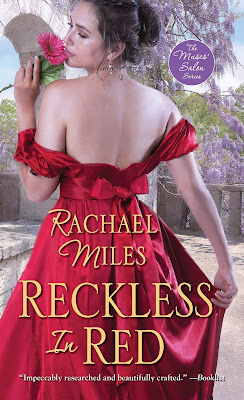 Lena Frost is a force to be reckoned with. A woman who has made her way in society without family or fortune, she’s about to realize her first big success as an artist...

Until her business partner makes off with her money, leaving her with little more than her hopes—and a dead body in her studio. Now Lena is at the mercy of a strikingly handsome stranger demanding answers she dare not reveal...

Is it her seductive eyes, or his suspicion that she’s up to no good that have Clive Somerville shadowing Lena’s every move? Either way, his secret investigation for the Home Office has him determined to uncover Lena’s hidden agenda.  But the closer he gets to her, the more he longs to be her protector. Is she a victim of circumstance? Or a dark force in a conspiracy that could destroy everything Clive holds dear?  Discovering the truth could have dire consequences, not only for Lena, but for his heart...


Reckless in Red was a 2019 finalist for the Holt Medallion in Historical Fiction and a first-place winner in the 2020 National Federation of Press Women’s communications contests in the category Fiction for Adult Readers: Novels. 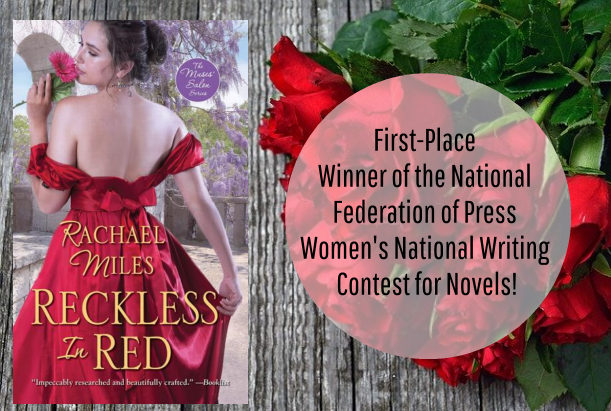 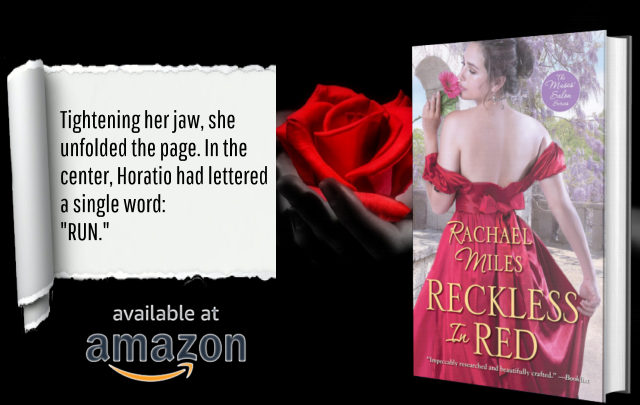