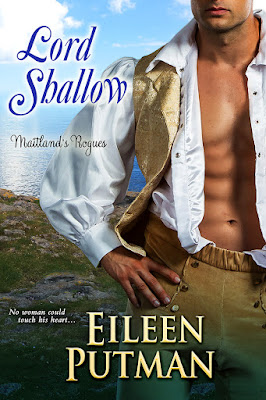 To all of London, Sebastian Traherne is a pretentious fop who prizes his tailor over his dukedom. In truth, he’s an obsessively rational fellow protecting a secret marriage. When a prickly Welsh miss arrives at his crumbling castle one gloomy night, she upends his world—and every principle he holds dear. Worse, she believes in a silly fairy tale known as True Love.

Gwynna Owen might be the last true Princess of Wales, but she needs this very English duke to claim her legacy and vanquish a tyrant. When Sebastian quickly sees through her boy’s disguise, she must plead her case with only a rusty dagger—and sapphire eyes that conjure what he most wishes to avoid.

AUTHOR’S NOTE: One early surprise may be a deal breaker for some romance fans. If you’re looking for classic Regency historical that fits a formula, Lord Shallow may not be your cup of tea. Yet character will out. Here you’ll find a man who is so much more than he seems and a woman who’s finding her voice after years of having it suppressed. Their struggle as they make their way to one another is this story’s truth.


About Maitland’s Rogues: Andrew Maitland’s group of daring English rogues risk all for their country. Hardened and deadly, they have no use for love—until it ensnares them…

Gwynna had prepared herself to face an old man who might wish to set things right in the twilight of his years. Instead, she had this aloof aristocrat.

Pretentious fop or no, the Duke of Claremont was something else as well: Beautiful. As handsome a man as Gwynna had seen.

Moreover, he was immense. Measuring him with her Welshwoman’s eye, which could judge at a glance whether there was meal in the larder to last the month, Gwynna decided he was nearly half a foot taller than any man she knew.

Yet his eyes held a cool intelligence. He was no one’s fool.

Despair swept her. She might have faced down an old man preparing to meet his Maker, but she’d never persuade this too-perceptive aristocrat—whose features had only hardened since discovering her gender—that she was a member of his family.

Still, she was an Owen. He was but an Englishman. Welsh did not give way to English.

“I am the daughter of Megan Glendower Owen of Anglesey,” Gwynna said. "It’s an island off North Wales. It’s there William and my mother met. They fell in love.”

His gaze narrowed. “How the devil do you know that?”

That was the rub. She had no proof.

The duke looked down that patrician nose. “You Welsh are storytellers, are you not? Doubtless you felt compelled to put a lovely bow on something sordid—”

“It was love,” Gwynna insisted. “A man with your lofty self-regard cannot possibly fathom how passion can sweep all else aside."

He stiffened. "You know nothing of me."

A frisson of uneasiness swept her. They were all but alone in this dreadful castle.

His gaze hardened. "There’s no reason to believe a word of your tale, especially since you’ve been engaged in pretense from the first.”

“I pretended to be a boy because I couldn’t travel alone as a woman.”

“Those ruffians were on the verge of unmasking you.”

“I would have prevailed. Owen was with me.”

The duke frowned. “The only person I saw at your side was your terrified friend. Owen, whoever he may be, was nowhere —”

“Owen is Prince of Wales.”

He blinked. “If I recall correctly, England already has a Prince of Wales. Just the one, mind you, and his name isn’t Owen. Moreover, he would be the last person to rush to any woman’s defense.”

“You refer to the Regent—English royalty,” Gwynna said. “I do not regard him. Owen was the last true Prince of Wales. I am his blood descendant.”

She glared at him. “His spirit lives. I’ll have what I’m due by rights, Englishman. And while I am certain every woman in England finds you a catch, I have no use for puffed-up peacocks." 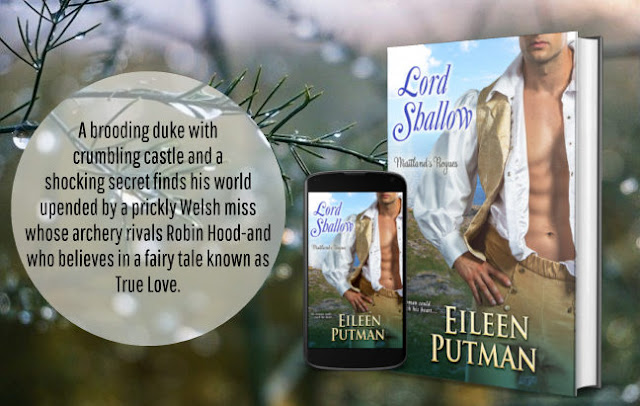 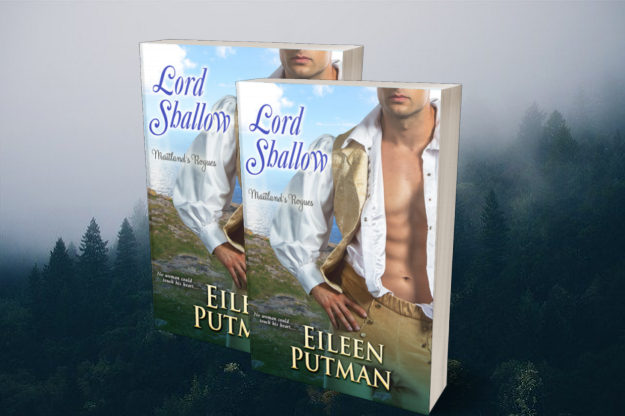 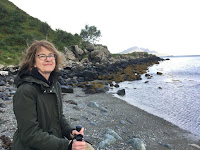 Eileen Putman is the author of a dozen British historical and Regency romances. Her love of England’s Regency period (1811-1820) has inspired her research trips to England, Ireland, Wales, France and other countries — there being no substitute for stepping on the soil that Beau Brummell and his champagne-polished Hessians once trod.