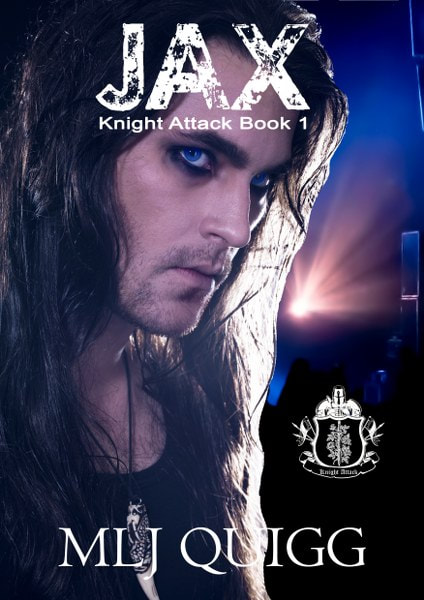 That’s what people call me.
But all it took was a single phone call to bring me to my knees.

Five years later, my life has changed irrevocably forever.
Though someone lurks in the shadows threatening to tear all that I love apart.
An obsession of the worst kind.

Can I keep the woman I love safe?
Or will everything burn to ash…

“For curiosity’s sake, how did you get my number?”

“I got your number by pushing random numbers on my cell, and it rang. Thanks for answering and being so good about it. A family meeting sounds like a good idea. What’s your name?”

“Jaxson, but everyone calls me Jax.”

God, that voice, it was like butter. So seductive and smooth. Deep and gravelly but had that sexy rasp to it that musicians usually have. I could imagine the man behind the voice, and that made me tingle between my legs. Fuck! I needed to get laid if his voice alone was turning me on.

Okay, that was cool.

I wondered what Jax did in the band. Did he play the guitar? Play the drums. Or was he a singer? With that voice, my guess? He was a singer. How famous was he? Who knew.

This had to be a joke.

They were the biggest breakout band in Australia, and they had only recently gone worldwide with great success. I used to listen to them in Australia, well, I still listened to them. Everyone knew back home that I was a massive fan of the group. This had to be a practical joke. My guess? My brother was behind it. Bobby would do anything to get me back home.

“Fuck off! No way! You are not Jax from Knight Attack. Who is this, really? Did my brother put you up to this? I bet it was Bobby. Tell that meddling brother of mine I am not falling for it, and I’ll come home when I’m good and ready. Jax from Knight Attack? Ha-ha, really, I wasn’t born yesterday,” I ranted.

Yeah, I was on a roll. My mum and brother, Bobby, had been hounding me to stop sulking and come back home. Like I wanted to be in a small country town in the middle of Australia where everyone knew everyone and what you ate for breakfast, especially after what had happened to me. The biggest humiliation of my life so far. No, thanks.

Jax interrupted my internal dialogue as he said, “Okay, I’ll prove it. Tomorrow morning, we are on Good Morning America at ten. I’ll say your name and dedicate a song to you. If you’re watching and believe me, ring me back on the number you now have on your phone. I gotta go, though. We’re about to go on.” Then he hung up.

What the fuck just happened?

MLJ lives in NSW, Australia, with her husband, three adult children, and six cats—yes, you heard that right, six.
Growing up in a huge family of eight kids was always noisy and didn’t give her enough alone time to unwind.
Books have always given her an outlet from the craziness that is her life. Nothing is better than curling up with a good story to take her mind off her surroundings.
As a new author, she hopes you enjoy her stories and that they help you get out of your world and into hers for a few hours.