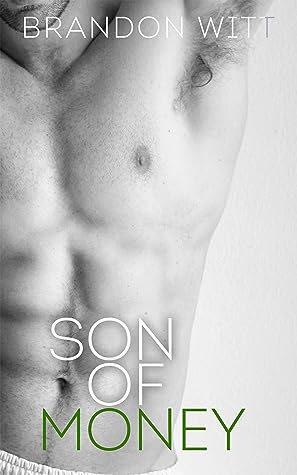 Noah Carroll is the spokesperson for the Seattle Humane Society, and the city holds a special place in his heart. When fate intervenes during a pet adoption, Noah finds himself face-to-face with his first love—Randall.

While Noah and Randall are not the teenagers they once were, the flame of a first kiss long ago draws them together. Their romance is beginning to grow, but someone is out to destroy Randall and expose all he keeps hidden.

When secrets and rumors thrust Randall into the public eye, his relationship with Noah isn’t the only thing that comes under threat.

This is a re-release of a previously published book, without any substantial changes to content. The cover is new.

I loved the trails that led to the plaza and old brick boiler room that stood at the water’s edge, and I felt the anxiety of the night flee further away as I stepped onto the boardwalk and made my way over the narrow structure to the middle jetty. With a long sigh, I sat down, not worrying about the effects of the damp surface on my slacks, and slid off my shoes and socks to let my feet dangle over the side, a few inches from the surface of the water. Even though there was no place I felt safer than here, with the night sky overhead and the shadowy water below, there was always a thrill with my feet so close to the water. Like at any instant a sea monster that hadn’t been vanquished by a crying Reggie might rise out of the deep and claim me for dinner, or a spirit who lived under the dock would reach out, grasp my ankle with cold, dead hands, and pull me under.
I was fucked-up. How the hell did that feel like the safest place in the world? I didn’t fucking know. I guess there was some comfort in old childhood fantastical terrors. I didn’t think anything lay beneath the surface longing for my soul, but it was rather a romantic notion.
Monsters or no, this was the most romantic place on earth. Mist rose from the mirrored surface of the dark water, the forested mountains that surrounded all sides twinkling with the lights of the wealthy. In the distance, the tips of Seattle’s skyscrapers glowed. And above it all? Deep blue skies. Grayish purple clouds. And stars.
Oh, the stars.
On clear nights, like this one, there weren’t just the twinkling glimmers from our own stars, but swirls and clusters of the Milky Way so close you might almost believe you could leap from the platform, dive, and instead of entering the water, you’d swim up through night. A mermaid of the sky, lost to the freedom of it all.
“You know the myth about this place, right?”


I startled at the voice and whipped around, looking back to shore.
A silhouette stood at the base of the boardwalk. Though I couldn’t see his face, I knew the large, lanky form of his body. The timbre of his voice, soft, even though raised to reach across the distance between us.
My heart blocked the sound of the lapping water and the songs of the night insects. Breathing instantly became a challenge.
Noah stepped onto the boardwalk and walked toward me, speaking all the while. “The legends of the local Native Americans say that Mercer Island is haunted. Each night, under a cloud of mist, the island sinks into the lake and rises again with the dawn.”
He was halfway to me, and I simply watched him move with confident grace. His face became visible with the help of the moon and stars. I couldn’t think of what to say, so I said nothing. Just watched and tried to breathe.
And then he was in front of me, a mere foot away.
I started to stand, but he stretched out his hand. “No. Don’t get up. May I join you?”
Words wanted to come, but didn’t. I nodded.
Still graceful, he slipped out of his shoes and sat down next to me. So close our thighs nearly touched. So close there could be no misinterpretation of his nearness.
I met his gaze, his brown eyes clear and bright, catching the starlight. The corner of his lip turned up in a half smile. “I’d be okay if those legends were true. To sit right here with you and sink. Get lost till morning.”
My skin tingled, goose bumps racing up my arms. I let out a shaky breath.
He leaned in toward me, supporting his weight behind my back with his closest hand, while he raised his other to cup my face, fingers on either side of my ear, scratching his thumb against my stubble. “I know I should ask permission, but I’ve thought about this for years, waited too long.”
With no other warning, his lips were on mine. Warmth and pressure, but not long enough to give me a chance to pull away before there was heat as well. He moved his hand from my cheek and tightened his fingers on the back of my head and neck, pulling me deeper into the kiss.
A small gasp escaped me as he slipped his tongue inside my mouth. Not forcibly, just a tentative test, the only aspect of the kiss that sought permission.
Without being aware I’d moved, I felt the firmness of his chest beneath my hand. He groaned as I slid my hand over his shirt, feeling his flat stomach and then returning to the swells of his chest. He exhaled warm air into my mouth, never breaking the kiss.
I opened my eyes. Just for a moment. Just to make sure it was real. That he was real after all these years. That it wasn’t simply the magic of the lake.
He was. Though it was still unreal despite the proof of his presence.
Satisfied, I closed my eyes once more and allowed myself to get lost in the kiss, soaring through the starry sky as surely as if I had dived off the dark platform.
Though I’d held all other sexual experiences and men up to the standard of that kiss at the beginning of my teenage years, Noah’s kiss was not the same as the one from that long-ago night.
This was the kiss of man. A man who knew what he wanted. Who had no fear of repercussions. The kiss of a man who held nothing back in an effort to protect himself, while stripping away every one of my defenses.
This was a kiss that told me I’d never been kissed before.
I sank into it, joining with him as surely as if he moved inside me.