Nathan buries his talent and has sworn off his art, and all romantic relationships,
but when a bulldozer of a man comes to seek refuge
in the dilapidated house Nathan is renovating, all the promises
he made to himself collapse under the weight of powerful emotions.

A RIDDLE WRAPPED IN A MYSTERY 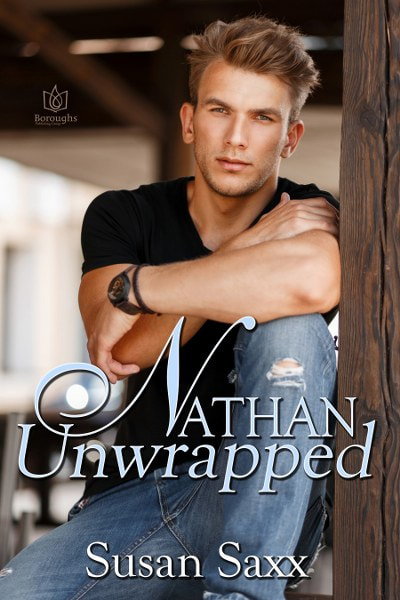 Nathan Gentael couldn’t bear to lose his family’s legacy, an old house on the tiny cove of Refuge Bay. He scraped together every penny he could find to buy back the derelict manse, and now he needs investors to help put it to rights so he can create a place for people like him: emotional wrecks in need of a safe place to get themselves together.

Okay, he isn’t a wreck, but he has turned his back on his passion, and believes by helping others, he’ll help himself. When it seems no one is going to help, a new investor, ex-military Augustine Jake Reiden, who insists on being called Og, shows up early and inverts Nathan’s reality. Nathan has secrets, but this bull of a man who has more bravado than anyone Nathan has ever met, is harboring mysteries.

Dark and closed off, Og is willing to risk investing in the house, but he has conditions, and it turns out one of them is he wants Nathan.

The cataclysmic drop in Nathan's gut was all too familiar. If the pushy investor came in now and saw the disorder, everything would be lost.
His mission. The only thing he knew that could make his existence even remotely redeemable. It would all be gone. Again. And he didn't know that he could recover from that kind of loss.
This was his last reboot. Absolutely the last.
And if that was gone...
Nathan ran to the back door, slammed it shut, turned the lock. Jumped to the kitchen window, hurriedly yanked the curtain closed.
“Dude. What are you doing?”
“Hiding.”
Zach shook his head. “Buddy. He had to have seen the curtains open."
“Pfft. Guys don’t look at curtains.”
“But the noise... the commotion in here...”
“That souped-up rod he’s driving would have drowned out the waves on a Nor’easter.” Nathan catapulted to the basement entrance, yanked out the extension cord connected to the fans downstairs, and tossed it down the wooden stairs. Then he hurriedly flipped the light in the corner off. “We’ll be super quiet. Wait him out. He won't know any different.”
He slid down against the wall, tucked himself into the corner, looped his arm around Molly, who'd finally come back to his side, grinning her slobbery grin, and held her close. He motioned to Zach to join him.
None of this made sense. But hell. He was acting on instinct. “When he’s gone, we’ll contact the agent. Reschedule. Clean up. Then...”
Zach looked wild. “Nate, he’s not stupid. Even if he’s an investor with way more money than those great big balls he's supposed to have, he’ll know. You can’t just...”
And then, as if to be the proverbial cherry on the top - in tandem with the fact that there were cherries everywhere - a loud voice filled the air, coming from the far end of the kitchen, by the hallway.
There, wrapped in a distressed brown leather jacket and knife-edged khaki pants, stood a man. Shoulders spanning, well, way more than they would on an everyday mortal. Dark hair, curling around the nape of his neck. An open-throated shirt, brown leather boots. Staring at the two of them and definitely not amused.

Last year though, I decided to try my hand at writing male/male romance and found that I loved it, in a very special way.

I find the dynamics between two men so different than the dynamics I’ve explored previously. There’s something about two warriors, two characters with similar power bases figuring out how to come together. And the intense vulnerability when they finally do…

I hope you love this new series. My lovely beta readers, none of whom read m/m previously, all gave it a big thumbs up.

Dear Reader: I hope you take a chance on Nathan, and his story. He’s an amazing man, and just needs someone to pull himself out of his self-imposed prison…

…and you may just find a new series that you love. 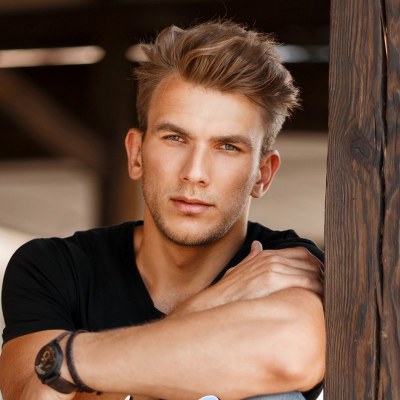 Amazon Bestselling Author Susan Saxx is a top 2 Amazon bestseller with her small town military romance series, Real Men, currently over 10 books long. She has a passion for the small towns of North America, and sets her compelling stories in the north country (Jack's Bay), western mountain country (Terrence Point, Dawson Ridges, Golden) and in Chesapeake Bay (Refuge Bay), all replete with quirky yet big-hearted neighbours always willing to lend a hand—and an opinion, whether requested or not.

As she continues to write the beloved Real Men series, she is applying her passion for love without boundaries to the m/m genre. Her first book in the Men of Hope House series is garnering excellent reviews, with formerly m/f only readers exhorting others new to the genre to pick up the first in the series, calling it, “Pure Joy”, and ‘one of the best books I have read in a very long time’ – GoodReads. Susan can be reached at susansaxx[at]gmail.com.