Themes: learning to trust again, taking a chance on love, leaving the past behind,

moving past grief and loss, starting over, embracing your whole self

It is the first book in the series

A grieving wolf. A hunted fox.

Fated mates, thrown together by chance, and the looming threat of a fabled Huntsman who might tear them apart forever.

A grieving wolf. A hunted fox. Fated mates, thrown together by chance, and the looming threat of a fabled Huntsman who might tear them apart forever.

Fox shifter Liam Reynard is running from a killer. He uproots his life to find sanctuary in Fox Hollow, deep in the Adirondack Forest in New York.

When his car breaks down, sexy wolf shifter Russ Lowe comes to the rescue, and one touch makes it clear they’re fated mates. Neither man was looking for love, and both are still mending from past heartbreak. When mysterious fires and disappearances threaten Fox Hollow, Liam fears the killer is hot on his trail. Can he protect the town and his fated mate from the evil hunting him, or will an ex-lover’s betrayal cost Liam everything he loves?

Flashing lights broke Liam out of his gloomy thoughts. The tow truck headed toward him, then did a U-turn and pulled in front of Liam’s car, backing up until it was close enough to hook up the Honda.

The truck driver got out and walked toward Liam, who reluctantly got out of the car. Even though he had called for assistance and it was clear the stranger was a legitimate responder, Liam couldn’t help feeling jittery, with his hands sweating, and heart thumping.

Those reactions doubled when he got a good look at the driver.

Oh, just shoot me now. Fuck my life. Why did he have to be so fine?

In the glare of the truck’s spotlights, Liam made out all the important details. The man had broad shoulders, strong arms, powerful legs, and a solid chest, standing a good five inches or more over Liam’s five-foot-seven frame. Liam had thought he might be saved if the driver was ugly as sin, but he was out of luck. His face was as utterly lickable as the rest of him.

“I’m Russell Lowe—everyone calls me Russ. I own Lowe’s Auto Shop in Fox Hollow, and tonight I’m your personal tow truck driver,” he said with a broad smile and dimples. The man’s sharp cheekbones, full lips, and strong chin were highlighted by dark brown scruff. Liam’s gaze traveled upward, surprised at gray hair flecked with brown framing a face that couldn’t be older than thirty-five. Green eyes made Liam wonder what kind of shifter Russ might be.

He swallowed hard and might have blushed when he realized Russ seemed to be checking him out too. No matter how attractive his roadside savior might be, Liam’d had enough man trouble to last an eternity, and he sure didn’t need more in a new town.

“Yes, I’m Liam Reynard. Just Liam,” he said, wishing he could conjure up the natural charm that had always served him well in community theater performances. His fox could be quite dramatic. But now, on the run, scared for his life, and in the dark with a stranger in the middle of nowhere, he couldn’t muster his usual flair.

“The engine started making strange noises, and I pulled off. I didn’t want to break anything.” Liam cringed because heknew next to nothing about cars. Admitting that takes points off my “man score,” doesn’t it? Then again, so does being a sports-hating, gay fox shifter twink.

Well, at thirty, I’d thought my twink days were behind me. But when he compared his own shorter, lithe, dancer build to the solid man-mountain in front of him? Yeah, twink still fits.

“I’m glad you stopped the car without waiting for the car to stop you.” Russ finally shifted his attention away from Liam and focused on the Civic. “Let’s get the tow set up, and then you can ride in the cab with me to Fox Hollow.”

Series include Witchbane, Badlands, Treasure Trail, Kings of the Mountain and Fox Hollow. Watch for more in these series, plus new series coming soon!

Sign up for my newsletter and never miss a new release

Enter the Rafflecopter giveaway for a chance to win 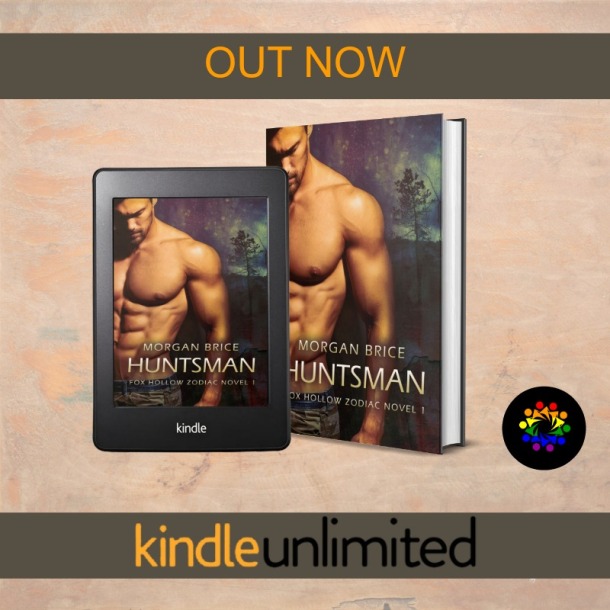 Follow the tour and check out the other blog posts, interview, guest posts and reviews here