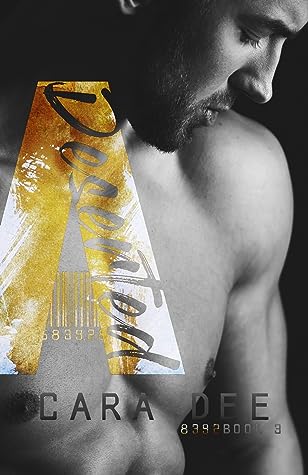 
Deserted is the third book in the Auctioned Series, following book 1, Auctioned, and book 2, Stranded.

(All books taking place in the Camassia Cove universe are standalone unless otherwise stated.)

since I read 'Stranded' the second book in Cara Dee's series 'Auctioned' series, (Formerly 8392) and I admit I had to refresh my memory a bit not about the overall story because seriously if you've read the first two books I'm sure you'll agree with me that it's a very memorable series. No I just needed to refresh on some of the smaller details so here I am a year and a bit later and back with Gray and Darius to see how life's going...

Overall, things seem to be progressing for these men. Although at times it probably feels like that dance we all do of one step forward and two steps back. Gray's struggling to get past the events that stole him from his family and left him feeling like he doesn't belong anywhere anymore. But in his heart he knows he's loved, wanted and cared for but that doesn't help him to feel comfortable in his own skin any more nor does it help him keep the promises he made to a dead friend and to one who's still a prisoner.

Darius is trying to deny how he truly feels about Gray in his heart but he's not willing to do it at the price of walking away from Gray when he knows that Gray needs him as much as he needs Gray.

Here in 'Stranded' we see Gray and Darius as they continue to try and pick up the threads of their lives and weave them into something new...something that makes two lives into one as Gray does all he can to keep his promises and find his way back to his family, his friends and himself. While Darius continues to give him the support and help that he needs.

When Grey unexpectedly takes off leaving Camassia Cove to find his dead friend's missing 8 year old brother what he doesn't realize is that he's not alone. Darius isn't about to let anything bad happen to Gray again but he doesn't trust his feelings and thinks that he needs to keep distance between him and Gray. What starts out as Gray's journey to fulfill a promise turns into a journey of discovery for both Gray and Darius.

While I wasn't quite as readily drawn into this story as I had been with the previous ones, my interest was still strong enough to keep me reading until I couldn't have stopped even if I wanted to and the last part of the book was definitely worth the effort.

Cara Dee has once again created a story that is both compelling and memorable giving the reader characters who at times can feel like they're larger than life without ever fully loosing the feeling of being someone you could know.

Gray and Darius's journey is by no means over...if anything their journey as a couple is just beginning. These two men have already been through so much both separately and together. They're one of those pairings that can grab a reader by the heart and the next thing you know, you're determined not to let go until the very end...until you know with out a doubt that they're going to get the happiness they not only deserve but they've earned through blood, sweat and tears.

An ARC of "Deserted" was graciously provided by the author in exchange for an honest review.