I never intended to be a Daddy. Well…not that kind anyway. 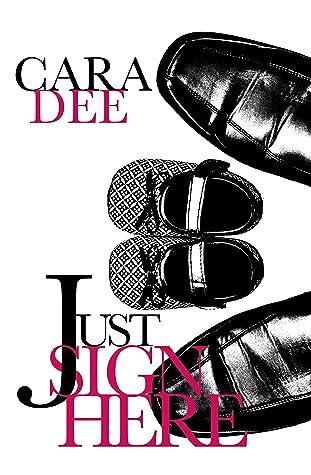 Fate had other plans, and this tantrum-throwing, heart-melting toddler is now mine to raise. As the CEO of a multinational hotel chain, I’m used to people taking orders from me, but that is not on her to-do list. No matter how much I love her, being a parent to Julia is not the joy and delight portrayed on social media. Then I hear his voice on the radio. Peyton Scott. I rejoice that someone out there gets it, and I will stop at nothing to have him under me. Professionally, naturally.

The terms of his employment are a little…unconventional. But if Peyton signs on the dotted line, I believe I can give him all the things he never knew he needed. He’ll help me learn how to be a better daddy to my little girl, and I’ll teach him how to be the best Little Boy for his Daddy.

Four men and women staffed the long check-in counter, and I cocked my head at a fifth who appeared from an office in the back. His suit was tailored to fit his body; it was more than just a uniform. He smiled crookedly at something one of the women said, then nodded and proceeded to touch base with the others.
It had to be Peyton, in which case… Fucking hell, he was a beautiful young man. Striking, truly. Green eyes, hair darker than my own, but untidier, a lovely swimmer’s body… I wondered what he’d look like on his knees, peering up at me with those gorgeous eyes and my come staining his lips.
I cleared my throat and curbed the image. Those urges had no place in my life anymore.
I did hope he was single, though. Working for me would take him away from Seattle for long periods of time, and a wife or girlfriend could easily get in the way of any amount of money I offered him.
Even his posture was perfect. He smiled politely as I approached, and he kept his hands clasped behind his back.
“Welcome to the International, sir,” the young woman next to Peyton greeted. “Do you have an early check-in?”
I slid her a quick, courteous smile before returning my attention to Peyton. “I believe it’s you I’m looking for. Are you Peyton Scott?”

His brows lifted a fraction, curiosity evident in his expression. “I am. How may I assist you?”
Don’t ask that question.
“It’s a private matter,” I replied.
“Ah.” He gestured toward the nearest seating area. “I will be right with you, sir. May I offer you coffee or tea?”
“Coffee, thank you.” On the way over to a set of plush couches, I adjusted my tie and cuff links, ready to use my charm if I had to. One way or another, I wanted to recruit him. Perhaps he would make a terrific assistant, given his job here. But first and foremost, I wanted to see how he would interact with my daughter.
He joined me shortly after and took a seat across from me after setting a cup of coffee on the table for me.
The problem with hotel lobbies—they were too big for private conversations, and the furniture was positioned too far apart.
“I heard you on the radio the other day.” I leaned forward and took a sip of the coffee. Too bland. “Not your history show,” I clarified. “You spoke about parenting.”
“Oh.” He shifted in his seat, unsure of where I was going with this. Perhaps wondering how I’d found him. “Was there a problem, sir?”
“On the contrary,” I said. “I work in the hotel business myself, and I wanted to discuss the possibility of recruiting you.”
His forehead creased, and he tilted his head. “Based on a radio show about parenthood?”
I flashed him a smile. “I have a daughter and could relate to everything you said. It made me want to meet with you. What your position would be with me depends on you. I need a personal assistant, and I need help with my daughter.” I cleared my throat and gave him the shortest explanation possible. “Right now, I have a nanny who travels with me. It’s a temporary solution. However, if I were to find an assistant with as great parenting skills as you seem to have, one who could develop a good relationship with the nanny too—”
“I apologize for interrupting, sir, but I fear you might’ve made a mistake,” he said uncertainly. “I’m not what most would qualify as a good parent, and I know for certain that I won’t be invited back to that show. Sharon was livid with me afterward.”
If anything, it made my desire to hire him grow tenfold. “I’m not looking for what’s already out there. I’ve spent weeks discarding resumés from nannies who aren’t half as honest as you are. And I suppose that’s what it boils down to. The honesty. I want to be able to see my daughter at the end of the day and know she’s been in the hands of someone who sees raising her for what it is. The dirtiest job on the planet.”
Peyton’s mouth twisted up slightly. “Is she that bad?”
“At the moment? She’s worse.”
“How old is she?”
“She’ll be three in September. Nothing works. She can love something for five seconds and then declare it’s the worst thing in the world. Her tantrums—I won’t go there. But I feel as if I’ve tried everything at this point. From disciplining her to ignoring her when she starts screaming, from rewarding good behavior to distracting her from whatever’s making her mad.”
Peyton let out a low whistle.
“Does this mean you’re alone with her?”
“Yes.” I wasn’t going into why. We didn’t know each other well enough for that.
“So, let me get this straight,” he said, facing me full on. “You’re looking for a PA who will be with you by day, all while maintaining a close relationship with the other nanny, and then by night, the PA dons the nanny cap. You want someone to stay with you literally twenty-four seven. Who would agree to that?”
“Someone young and driven,” I responded. “Someone who wouldn’t mind putting their own life on hold for a year or two while securing their future financially.”
He narrowed his eyes at me. A fucking adorable sight. “Who are you?”
Ah. Perhaps I should’ve introduced myself sooner. No matter. I reached forward and extended a hand. “Edward Delamare. Reluctant heir of Westwater Hotels.”

I'm often awkwardly silent or, if the topic interests me, a chronic rambler. In other words, I can discuss writing forever and ever. Fiction, in particular. The love story—while a huge draw and constantly present—is secondary for me, because there's so much more to writing romance fiction than just making two (or more) people fall in love and have hot sex. There's a world to build, characters to develop, interests to create, and a topic or two to research thoroughly. Every book is a challenge for me, an opportunity to learn something new, and a puzzle to piece together. I want my characters to come to life, and the only way I know to do that is to give them substance—passions, history, goals, quirks, and strong opinions—and to let them evolve. Additionally, I want my men and women to be relatable. That means allowing room for everyday problems and, for lack of a better word, flaws. My characters will never be perfect.
Wait…this was supposed to be about me, not my writing.
I'm a writey person who loves to write. Always wanderlusting, twitterpating, kinking, and geeking. There's time for hockey and cupcakes, too. But mostly, I just love to write.