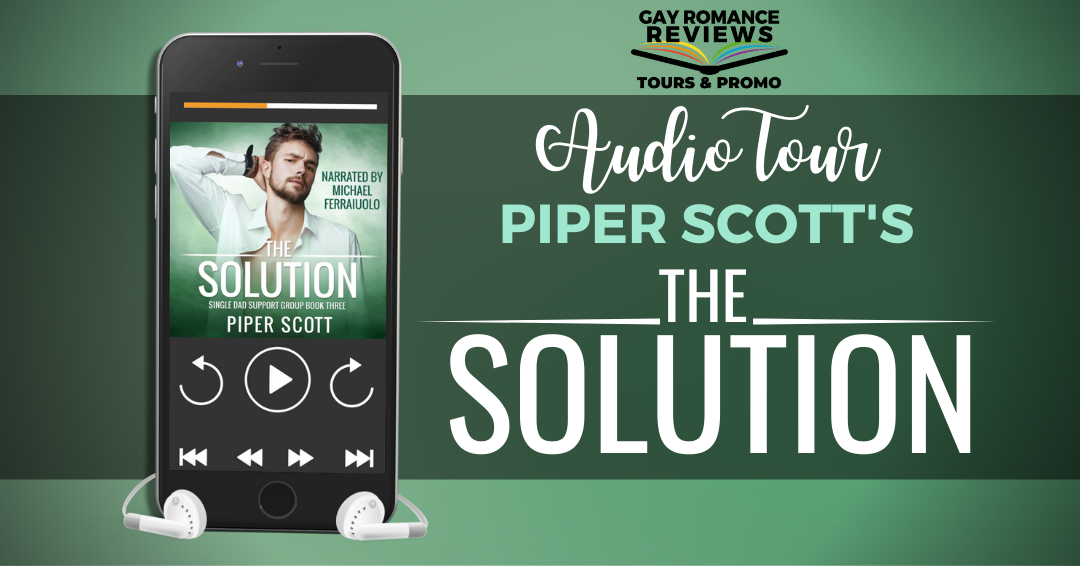 You can also find out more about The White Lotus from Mal's past
in The Rutledge Brothers Series on Audio and Ebook. 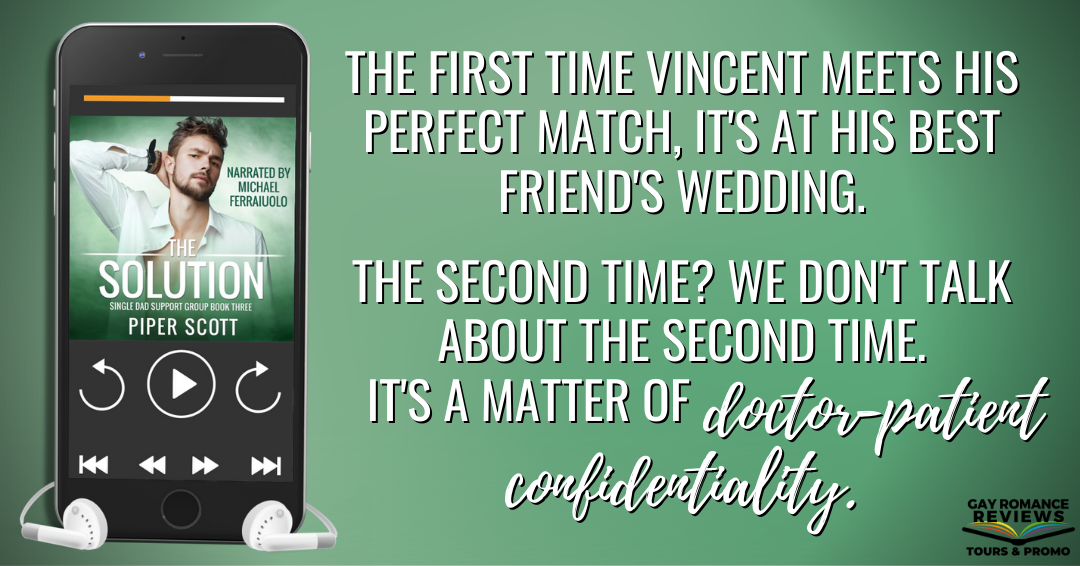 “Synecta is a fantastic pharmaceutical company,” Dr. Biernacki said as he turned and proceeded down the hallway, deeper into the clinic. Mal followed him, letting the door close behind him. “I’m always very pleased with the work they do. It’s thorough and detailed, and for the most part, they stick to a stricter code than is mandated by law. It’s very commendable.”

Mal watched Dr. Biernacki’s lab coat swish around his slacks as he walked. Ethics were fine, but Mal was less concerned with them than the study’s results.

“And we’re here.” Dr. Biernacki knocked on the second to last door to the right, then twisted the knob and entered the room. Mal followed him inside, but stopped abruptly a few paces into the room. His eyes had fallen on the doctor hunched over a counter across the room—the one with brown hair that was long on the top and short on the sides, whose body was leanly muscular.

“Your attending physicians,” Dr. Biernacki announced joyfully. “Dr. Peterman, our esteemed pharmakineticist, and Dr. Heaney, the overseeing medical officer.” But Mal couldn’t bring himself to focus on the other doctors in the room—not when his heart was in his throat and his thoughts were running themselves in circles. “And, of course, the man of the hour—the talented reproductive endocrinologist and IVF specialist, Dr. Rhyne.”

Dr. Rhyne’s kind brown eyes met Mal’s. The color drained from his handsome face, and his lips tightened into a thin, emotionless line.

Vincent Wasserman, the man Mal had spent his heat with at Alex and Laurence’s wedding, stood no more than six feet away. He was the doctor who would monitor Mal’s progress and retrieve his eggs. The one who’d fertilize them and implant them once all was said and done.

Vincent Wasserman, who it seemed also went by Dr. Rhyne.

The man who’d called him Daddy was going to make him one. 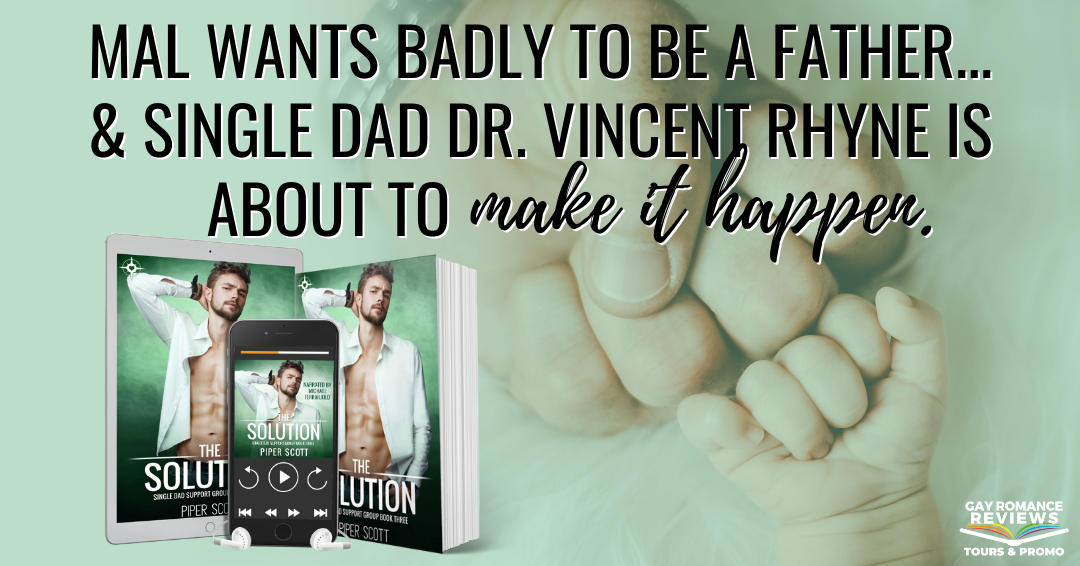 To celebrate Piper Scott's Audio Tour, we are giving away a full eBooks set of the Single Dad Support Group! So that's six fabulous stories to make you laugh and fall in love while following along with all your favorites too!! 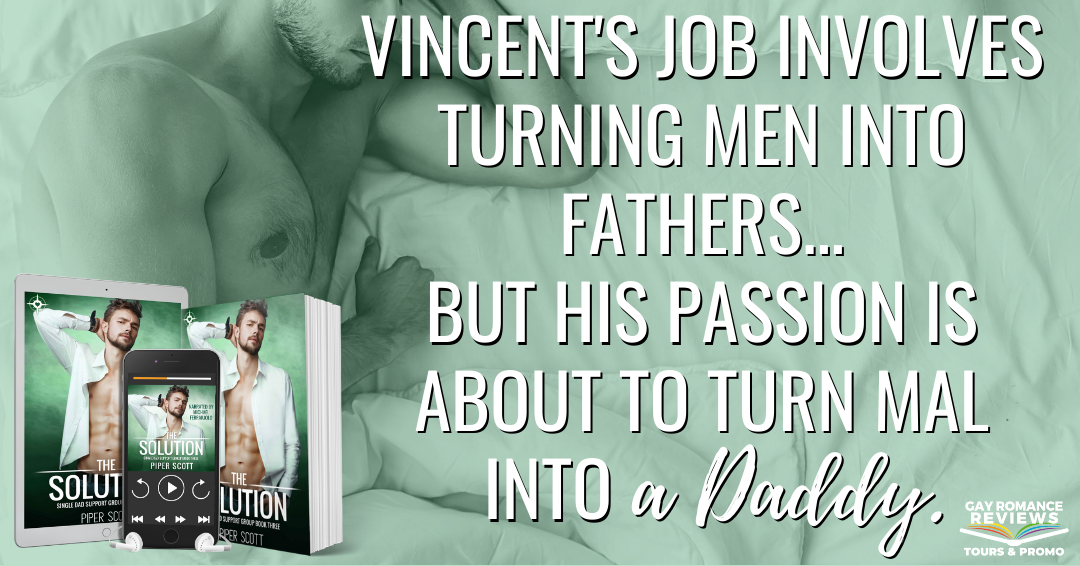 If you’ve read/listened to ‘The Problem’ and ‘The Proposal’, the first 2 books in SDSG, then you’ll recognize the names of both MCs in this story.
Mal’s gone from being a child care provider to friend and confidant for some of the men and/or their partners in the SDSG. While Vincent’s the man responsible for bringing the group together so it’s not surprising that these two men would meet when one of the groups members finally ties the knot.
Vincent and Mal both have issues from their past that may make them reluctant to have a relationship but neither man is immune to the attraction that they feel for each other. Vincent’s hoping that a move to a new city will give him and his daughter the fresh start that he’s looking for. While Mal’s hoping that the drug study that he’s taking part in will give him the family that he’s always wanted…neither man realizes that they’re the key to making each other’s dreams come true when they meet at the wedding of their mutual friends…in a broom closet of all places.
Michael Ferraiuolo was the narrator for this audio book and once again he did not disappoint. While I enjoyed the narration for this one every bit as much as the first two stories. I’m quickly becoming a fan of Knot-My-Problem. I love the tone of his voice and the narrator has given him the perfect level of snark making him someone that I was to discover more about as oppose to someone that I wish would go away which could easily happen, but this character for me feels like someone who’s trying to hide a kind and caring nature behind the façade of someone who’s stand-offish and aloof…but, Knot’s another character for another story so back to the MCs at hand…Mal and Vincent.


I’ve enjoyed both of these characters from the very beginning of this series and for me they were a perfect pairing. Mal’s past has left him fragile and damaged when it comes to matters of the heart but underneath it all he’s stronger than he thinks, he just needs to find the right person to help him take a chance on love.
Vincent’s in the same position. His marriage turned out to be toxic and he needed to get away so that he could find his confidence in himself again and someone like Mal is just what he needs. Both of these men may have suffered heartache in the past that’s left them feeling vulnerable but with time and the right person they’re willing to give love one more chance.
I love second chance stories and “The Proposal” was definitely all about second chances and not just for Mal and Vincent, but for all of the members of SDSG. While I wasn’t quite as enamoured of this story as I thought I’d be. There were aspects of  Vincent’s background story that didn’t quite work for me and just felt a little bit contrived. Along with the fact that at 9 hours and 30 minutes there were moments that felt like maybe things could have been shortened just a tiny bit to improve the overall flow of the story,  I wouldn’t say that the story was spoiled for me but these things were a bit of a detraction from my overall enjoyment of the story.
However, I’m still looking forward to finding out what’s in store for Harley and Knot-My-Problem along with some of the other characters, such as Matthew and Caleb whom we’ve already been introduced to in this series. Plus there are more potential glitter bombings to be enjoyed and still my favorite part of all the conversations held by the members of the SDSG when they’re on-line.
*************************
An audio book of “The Solution” was graciously provided by the publisher in exchange for an honest review.

Check Out Books 1 and 2 in the Single Dad Support Group Series!

The Problem by Piper Scott

The Proposal by Piper Scott 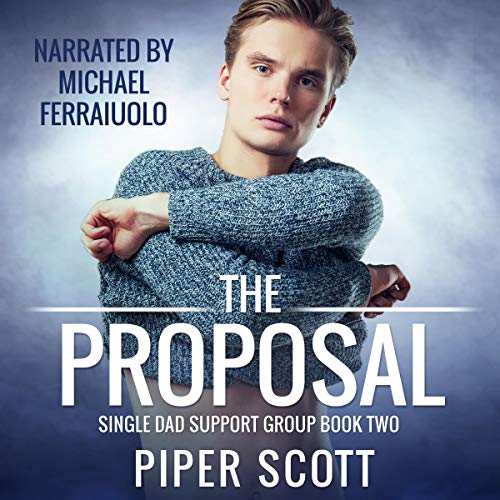 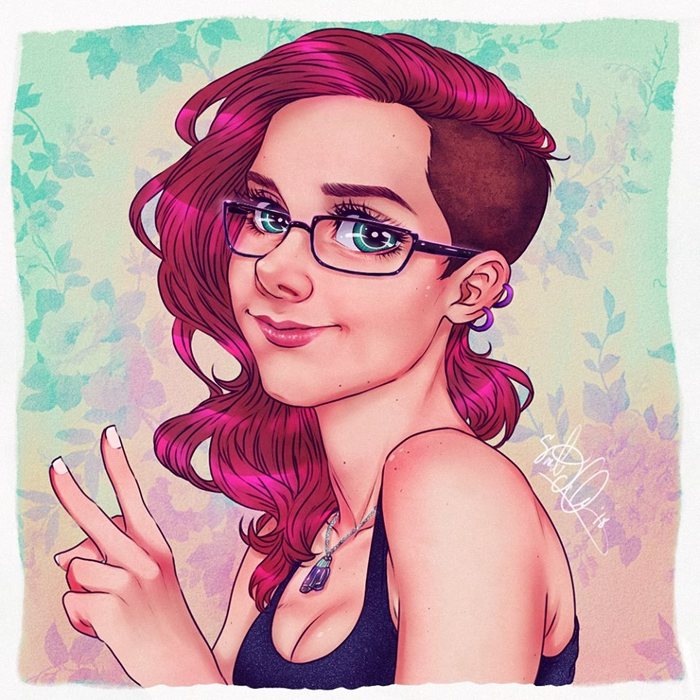 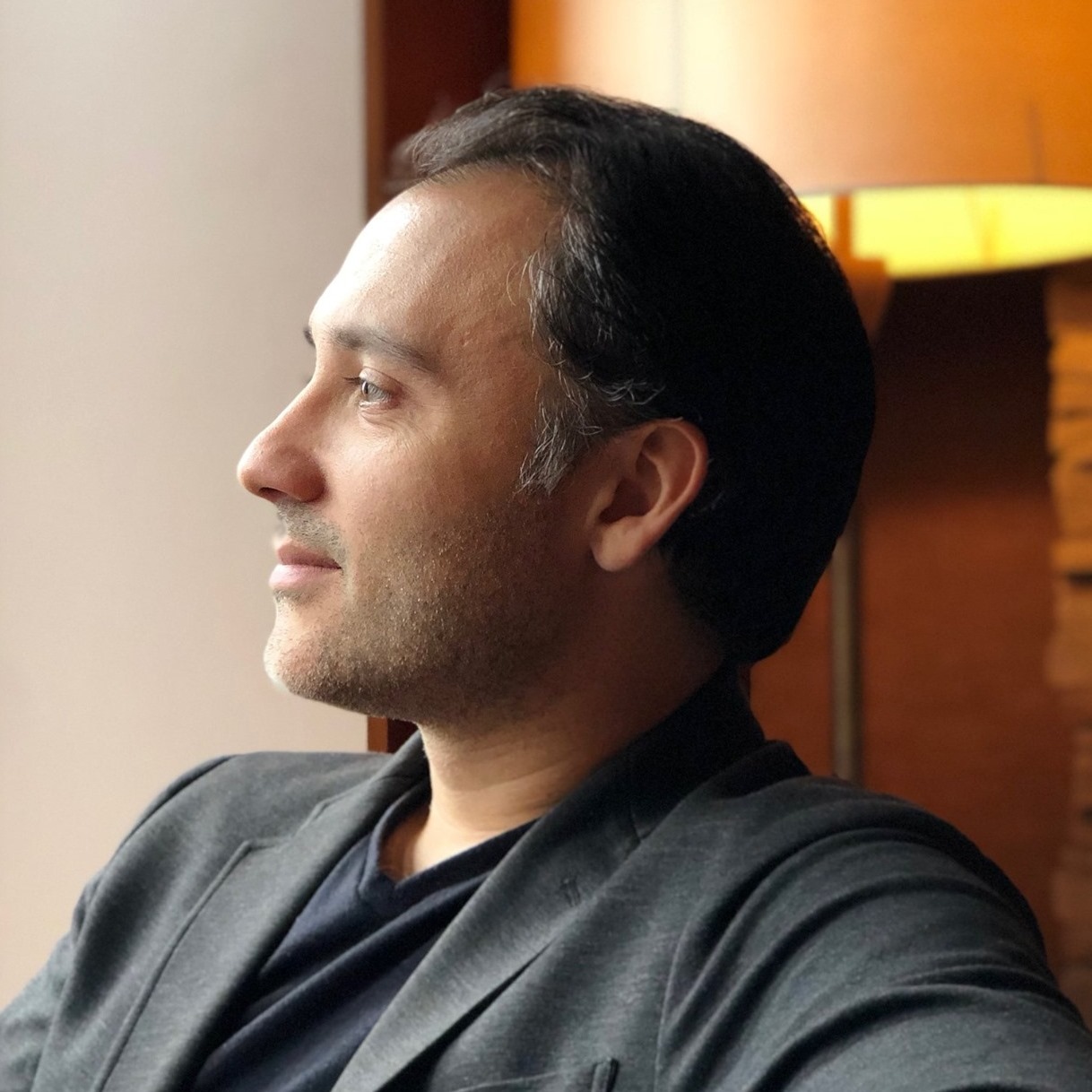