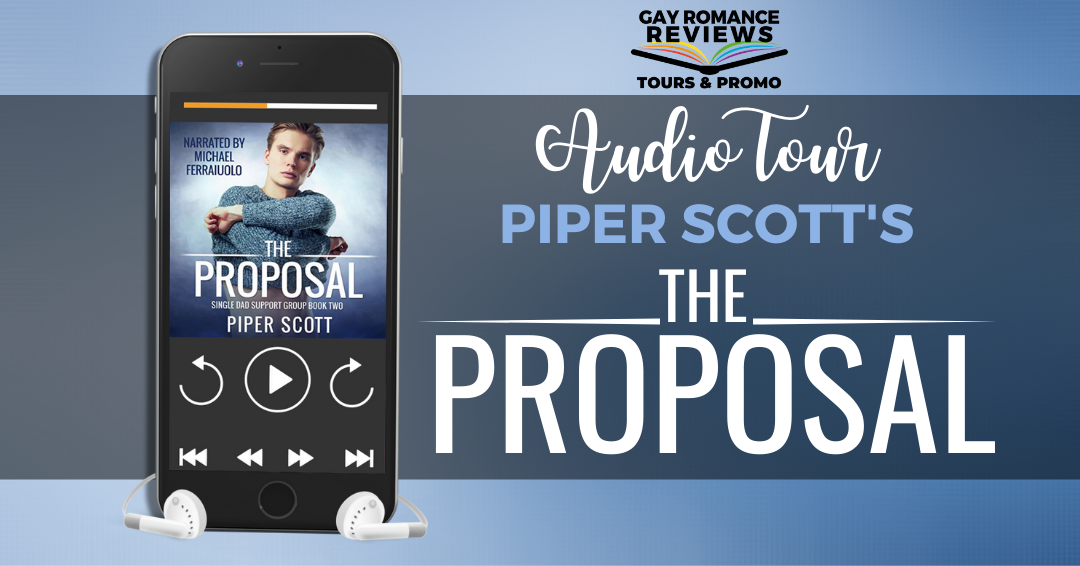 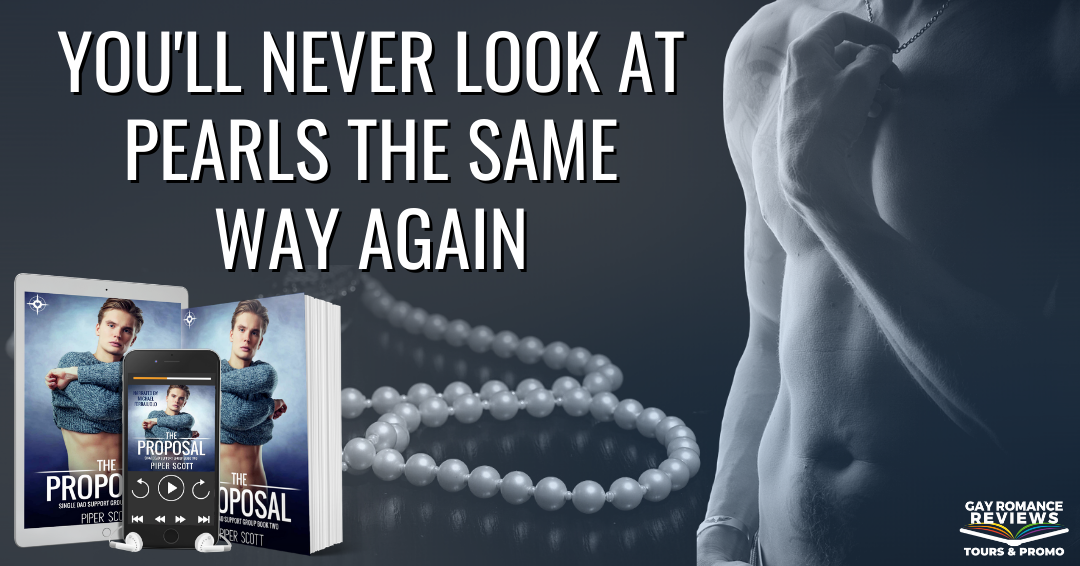 The tears in Gage’s eyes grew heavier. They gleamed in the lackluster hall lights, but they didn’t stream down his cheeks. The sight of them tore what was left of Aaron’s heart apart, but he couldn’t find it in himself to step forward and wipe them away. That wasn’t his place anymore. Gage had found someone else to care for him—someone else to share his heart with. Aaron hated the thought of it, but there was nothing he could do. If Gage had moved on, that was it. Nothing he could do could make him stay.

“I love you, too,” Gage said. He reached out for Aaron’s hand again, but Aaron backed away. He couldn’t bring himself to touch Gage for fear that he’d feel the sparks they’d once shared all over again. “It wasn’t supposed to be like this. If I’d known you were coming home, I would have told you. I didn’t know. I love you.”

“Then whose child is that?” Aaron asked. The putrefying sensation in his chest continued to fester. He wasn’t sure it would ever go away. “How can you say that you love me when you had a child with someone else?”

“I didn’t,” Gage admitted, dropping his gaze to the floor. His voice was small, but his posture was broad—he occupied the doorway, blocking Aaron out as if he was afraid that Aaron might try to hurt the tiny life on the other side. No matter how upset and downtrodden he was, it seemed to Aaron like Gage would defend his baby with his life. Aaron knew what it felt like to love someone that much. Everything he’d ever done, he’d done for Gage.

He only wished Gage felt the same way.

“Then what, Gage?” Aaron asked. His throat was tight, and getting his words out was a struggle. “Whose baby is that?”

Gage lifted his chin. He looked Aaron in the eyes, and the first mournful tear rolled down his cheek. “He’s yours, Aaron. He belongs to you.”

I liked Gage and his little boy Bo when we met him in ‘The Problem’ and that hasn’t changed. I got enough of his story in that first book to know that for whatever reason the man that Gage loved and who is Bo’s father wasn’t actively present in his life but still very much in his heart, and now here in Gage’s story ‘The Proposal’ the reader is given the missing details of where Aaron’s been all these years and why.
When Aaron returns from years away at school earning his PhD, he’s determined to reclaim Gage, the love of his life. What he doesn’t count on is that he’s now got a ready-made family when he discovers that he’s got a son…an adorable little boy named Bo.
As much as Aaron and Gage love each other, now that Aaron’s home their world isn’t all goodness and light. They’ve got nearly 5 years of being apart to work through. Gage has kept so much of his life a secret and once things come to light Aaron has to find a way to process it all and deal with his own guilt over how his actions contributed to Gage’s choices.
At the beginning of this story things were a little slow for me…you might even say a bit hit and miss. But as the story progressed, I found myself enjoying the story and becoming more invested in the characters. While I like Gage a lot even back in the first story. I found myself becoming even more attached to him. He’s a sweet young man and even though his choices weren’t always good they were made with the best of intentions. I appreciated that Aaron turned out to be every bit as likable as Gage and not the shady person that some of Gage’s friends thought he might be.
While both men made mistakes and there was a definite breakdown in communication that contributed largely to their problems, thankfully it wasn’t left to fester and grow. Aaron and Gage were fairly quick to talk to each other and resolve their issues.
I found a lot more to enjoy in this story from the relationship dynamics between the MCs to the fact that Gage and Aaron seemed to interact a bit more with secondary characters. I found myself invested in seeing them get their happily ever after.
Also there were a few secondary characters whom I’d love to read more about from Aaron’s twin brother Caleb to Gage’s parents as well some of Gage’s fellow SDSG members, whose stories are yet to come in this series. I have to admit I’m especially interested in finding out more about Knot My Problem.
‘The Proposal’ follows Gage and Aaron’s story from their beginnings as two young men in love and struggling through a prolonged separation to their reunion and the struggle to once again find their place in each others lives to create a family with a future filled with love and promise.
Michael Ferraiuolo has once again made a solid contribution to bringing this story to life as the narrator and once again he’s give me voices that are unique, distinct and interesting providing the listener with an audio experience that adds to their overall enjoyment of the story.
While I wasn’t sure whether or not I’d continue with this series after the first book since for me it was simply an ok listen. Here at the end of the proposal I find myself looking forward to the next story especially since one of the MCs is someone who’s been in the background of the first two stories and I’ve seen just enough of him to want more and to feel like he’s someone who, like Gage, very much deserves their own happily ever after.
*************************
An audio book of ‘The Proposal’ was graciously provided by the author in exchange for an honest review. 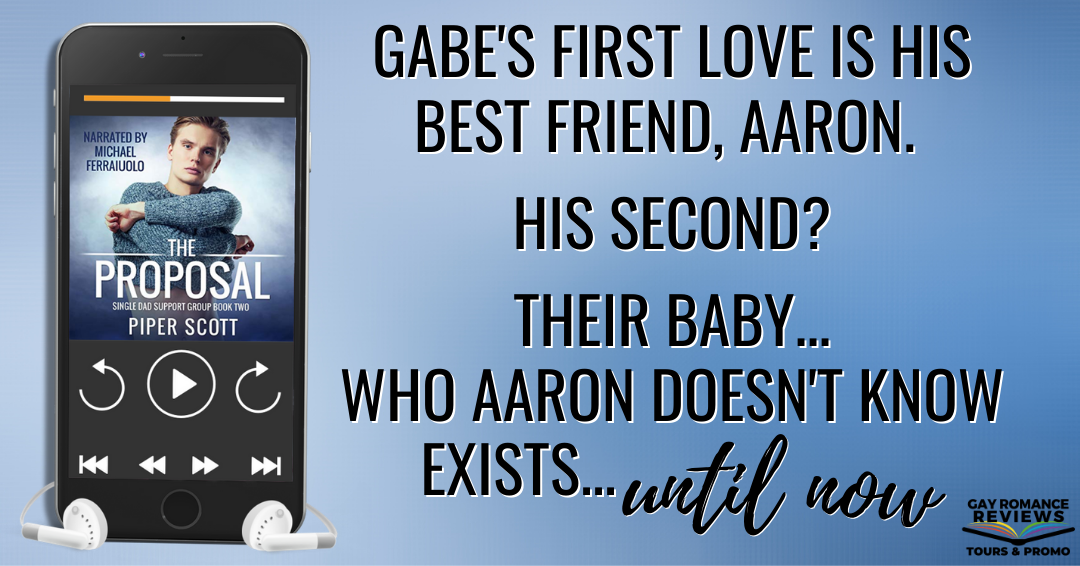 To celebrate Piper Scott's Audio Tour, we are giving away a full eBooks set of the Single Dad Support Group! So that's six fabulous stories to make you laugh and fall in love while following along with all your favorites too!!
Enter the Rafflecopter giveaway for your chance to win!

The next book in the Single Dad Support Group series is set to debut in August 2020, and the remaining two books are scheduled for production throughout the rest of the year and into 2021.

You won't want to miss them.