Deserted is the third book in the Auctioned Series,
following book 1, Auctioned, and book 2, Stranded. 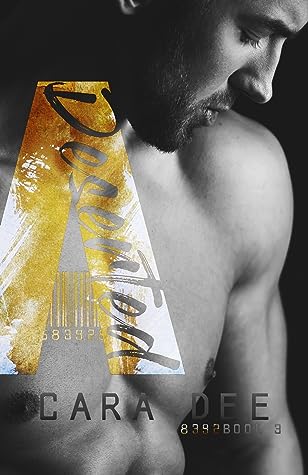 “Darius!” That yell came from upstairs, and it had to be Willow. “Is that you?”
It was actually the first time Gray had heard her voice. She’d relied on sign language and notes last time.
“Aye, comin’ up.” Darius nodded toward the stairs.
Willow started talking as if they were already in the same room. “Okay, so I’ve been looking at satellite images of the area, and there’s nothing around for miles. Four point six, to be exact. The closest neighbor, in that sense, is Joshua Tree National Park.”
They were going to find and save Jackie in California, then.
“There’s no place to hide your car,” she went on. “I suggest driving to Twentynine Palms, renting ATVs there, and driving as close as you can once it gets dark. Let me know if you want me to make a reservation at a hotel.”
At that point, they reached the landing of the stairs and entered Willow’s domain.
Gray stayed in the doorway while Darius headed over to his sister. He ruffled her hair and eyed the two computer screens she was using. One of them showed a map.
“Twentynine Palms is out,” he replied.
“Why? Do you even know it?” Willow asked.
Darius inclined his head. “Ry was stationed there for a while before he transferred to Pendleton.” He pointed to the town on the map. “Biggest Marine base in the US right there. Which means we don’t wanna get too close. We can bank on them having intelligence in the area.”
Willow giggled. “Marines… Intelligence…”
Darius barked out a laugh, then bent down to kiss the top of her head. “Remind me to pass that one on to Ryan.”
“Okay, when?” Willow picked up her phone from her desk, having clearly taken Darius’s words literally.
Darius humored her. “Two weeks from now.” Then he refocused on the map and asked her to zoom out. “What else have we got? Can you put the map on one screen and the fucker’s house on the other?”
“Duh.” She did as asked, and Gray took a couple steps toward them to see clearer. “I don’t know. I guess Palm Springs if you wanna go with a bigger town…?”

Darius hummed and folded his arms over his chest, one hand coming up to rub his jaw. “They allow camping at Joshua Tree, don’t they?”
“In the park? I think so.” Willow turned on a third screen and wheeled her chair closer to its keyboard. The other two screens shared a keyboard. “Yeah, there are a lot of raving lunatics going camping in the park. You make reservations beforehand.” She switched from a page with information to another map. “This one’s closest to your destination.”
“But then we gotta cross the Pinto Mountains.” Darius leaned over and tapped the screen. “That one. Can you go to satellite? I wanna see the basin.” The satellite view appeared, revealing big patches of yellow and brownish-green. It was the very definition of desert. Flat deadlands met grassy hills, rock formations, and shrubs. “What’s that, a few klicks between the campsite and his location?”
“Lemme check—” Willow rose from her chair and froze with her green eyes going wide when she spotted Gray.
Fuck. He instantly felt like an intruder.
“Hey.” Darius blocked the view and grasped her shoulders. “Keep going, baby girl. You got this. You were gonna check the distance for me, yeah? Keep going, repeat after me, keep going.” His voice was calm and collected despite the nonstop flow of words.
“Keep,” she gasped.
He nodded her along and rubbed her arms. “Keep going, keep going. You’ve met Gray before. This is work. Focus on your job. Keep going.”
“K-Keep going,” she stammered. She took a few deep breaths. “Keep—keep going.”
“See?” There was a smile in Darius’s voice, and the interaction between the two warmed Gray’s heart. “You got this. Just keep going, Squeezy. Push through. Check the distance for me.”
She gulped and nodded, and she sort of bolted into action. “I’m gonna keep going.” She grabbed a calculator off the end of her desk before returning to her seat. “Distance, distance, distance, keep going. All the fucking words. I can speak. Talk, talk, talk.”
“Fuck yeah, you can.” Darius joined her again, planting his palms on the desk, and he gave her an abundance of tasks, probably to distract her. “If we go through the basin over here, I gotta know how long it takes to get there on an ATV. Then I need to know how busy the sites are at this time of year. I’m guessing it’s the perfect season before it gets too hot.”
She nodded quickly and jotted something on a notepad.
“Can you pull up the buyer’s profile?” Darius asked. “Gray and I are gonna talk for a bit. You ignore us and focus, and you keep mumbling incoherently to yourself.”
Her gaze shot up and sharpened. “I don’t fucking mumble, and I definitely don’t speak incoherently.”
He smirked. “I made you argue, though.”
The man was slick.
“Ugh.” She shoved at him, earning herself a laugh, and basically shooed him off. “Here’s your damn profile.” She pressed a couple keys, maybe a little too hard, and the screen in front of Darius lit up with information and a picture that nearly bowled Gray over. The nausea hit him like a wrecking ball.
He turned his back on the others and pressed a fist to his mouth.
The memories of everything that had transpired on the yacht assaulted him. Jackie’s buyer was a short, stacked man who reminded Gray of an English bulldog. Maybe not as heavyset; it was his face. His cheeks sagged, forcing the corners of his mouth downward. He had the creepiest fucking smile, Gray remembered.
The sick fuck needed to die.

I'm often awkwardly silent or, if the topic interests me, a chronic rambler. In other words, I can discuss writing forever and ever. Fiction, in particular. The love story—while a huge draw and constantly present—is secondary for me, because there's so much more to writing romance fiction than just making two (or more) people fall in love and have hot sex. There's a world to build, characters to develop, interests to create, and a topic or two to research thoroughly. Every book is a challenge for me, an opportunity to learn something new, and a puzzle to piece together. I want my characters to come to life, and the only way I know to do that is to give them substance—passions, history, goals, quirks, and strong opinions—and to let them evolve. Additionally, I want my men and women to be relatable. That means allowing room for everyday problems and, for lack of a better word, flaws. My characters will never be perfect.

Wait…this was supposed to be about me, not my writing.