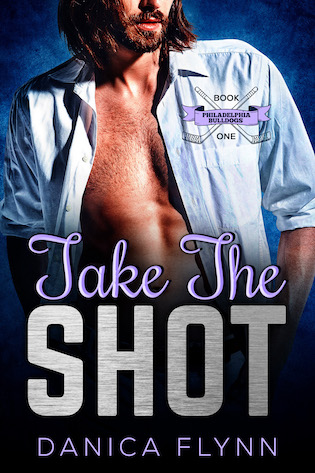 DINAH
When my husband died, I never thought I would find love again.
I definitely didn’t think I would find it in the arms of my younger best friend. Why would the hunky hockey player want anything to do with me? I’m a stressed out writer with a lot of baggage. Any other man would say, “HARD PASS!”
But Noah was the best man I’ve ever known, and if it wasn’t for him, I might not be alive.
But am I ready to put my heart on the line again?

NOAH
I’ve pined for my best friend for so long, that my teammates issued an ultimatum.
“Make your move now or one of us will ask her out.”
They are just trying to push me, besides none of those jerks would ever be good enough for her. Makes me wonder if I even stand a chance.
Besides, what would a smart woman like her want with a dumb jock like me?
Get ready to meet The Philadelphia Bulldogs hockey team, in this steamy and hot standalone novel. If you love sexy sports romances and friends-to-lovers with an HEA, this book is for you! CW: This book deals with miscarriage & infertility.

DINAH
The bass thumped against the wall, shaking me from my concentration as I tried to write. As if on cue, my phone vibrated against my desk lighting up with “Mom” across the screen. I silenced it, dodging yet another call from my mother wherein she tried to persuade me to go out on a date with another “nice Italian boy from the old neighborhood.” See also: balding, divorced dads. Not that there was anything wrong with that, but I was only thirty and she kept trying to set me up with guys closer to my dad’s age. My family meant well, but they just didn’t understand what it was like to be a widow at my age. Or what it was like to endure a dangerous miscarriage that almost killed me.
Not that I’d ever told them that last part.
I put my headphones on and tried to drown out the sounds of my neighbors having another party. I didn’t really mind the noise, it was a Friday night after all. I was always invited to their shindigs, but tonight I had to get some writing done. I stared at the screen blankly, trying to figure out how to dig myself out of this plot hole. Working a full-time job in marketing sucked when all I wanted to do was write my novels.
I cranked up the volume of my own music. I drummed my fingers on the tabletop as if it would will the words out of me. When I heard the thumping bass through the wall again, I knew tonight just wasn’t my night. Not that I was going to blame the hockey players next door, this was on me.


I lived in a kind of swanky condo next door to two pasty Canadian hockey players for The Philadelphia Bulldogs. TJ was a lovable douche, but friendly enough. His roommate, Noah though, was a tall, lanky hottie with long hair who said “eh” a lot. Even when I had a husband, I had to admit he was cute.
When Jason died suddenly in a car crash two years ago, Noah had sent flowers and came to the funeral. He handled all the hockey questions my dad and three older brothers threw at him, even though it had been wildly inappropriate. My family were loud-mouth Italians from South Philly, so it hadn’t really been all that shocking that they razzed my friend, the hockey player, at the funeral for my husband.
The Mezzanettis did not give a single fuck about anything.
Like ever.
My phone buzzed on the desk and I tried not to smile when I saw it was from Noah. Speak of the devil.
NOAH: Is the music too loud?


I smiled at his question. He was such a good old Canadian boy. I could barely stand it. It definitely made it harder for me to not think about just banging one out with him, just one time. I couldn’t do that, no matter how much I wanted to, that would have made things too complicated. Plus, I was pretty sure he was just really nice because he was Canadian and was not into me like that. He was a sweetheart, and it wasn’t like he ever had fantasies about me.

Danica Flynn started writing at an early age, and thinks Meg Cabot's Princess Diaries series is why she loves both writing and romance books. She is a rabid hockey fan of both The Philadelphia Flyers and the Metropolitan Riveters.

When not writing, she can be found hanging with her partner, playing video games, and reading a ton of books.