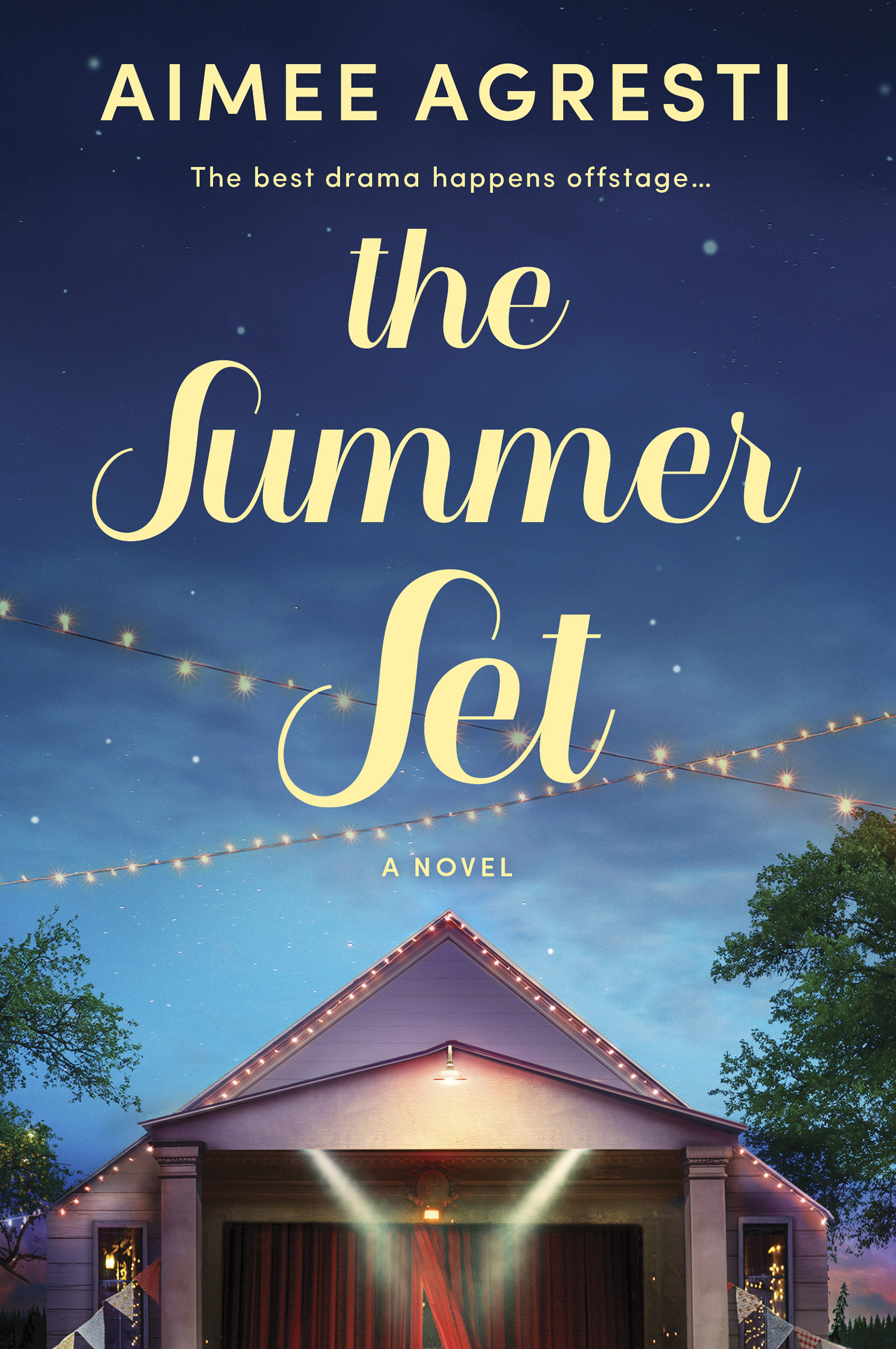 The real drama happens backstage in this juicy novel about an idyllic summer theater where hot stars, has-beens and hopefuls chase roles—and each other.Charlie Savoy was once Hollywood’s hottest A-lister. Now, ten years later, she's pushing forty, exiled from the film world and back at the summer Shakespeare theater that launched her career—and where her old flame, Nick, is the artistic director.It’s not exactly her first choice. But as parts are cast and rehearsals begin, Charlie is surprised to find herself getting her groove back, bonding with celebrity actors, forging unexpected new friendships and even reigniting her spark with Nick, who still seems to bring out the best in her despite their complicated history.Until Charlie’s old rival, Hollywood’s current it girl, is brought in to attract theater donors, threatening to undo everything she’s built. As the drama amps up both on the stage and behind the curtains, Charlie must put on the show of a lifetime to fight for the second chance she deserves in career and in love.

Charlie studied herself in her bathroom mirror. In just a week her bruised eye had faded to the dull gray of rancid meat, now easily disguised by concealer. She flat-ironed her raven hair, securing it in a sleek, low ponytail, then rummaged the closet for her most professional-looking getup: that slim black suit, pale pink silk blouse with the bow at the neck and the stilettos she only wore when she felt compelled to impress. Her wardrobe from that perfume ad a decade earlier but timeless nonetheless, just like the moniker that had been etched in script on the curved bottle of the fragrance.
Outside, Boston did its best impersonation of her supposed hometown, London. (Though she had lived away from there enough during childhood to have eluded the accent.) The dreary May rain made her think of her mom: the estimable Dame Sarah Rose Kingsbury. News of Charlie’s incident had warranted mentions in a few celebrity weeklies and, unfortunately, made the hop across the pond. Her mother had called, texted and finally, after no response, emailed: Charlie, Did you receive my voice mail and text? I trust you’re alright. Another of your stunts? Please respond. Love, Mum. Her mom’s correspondence always scanned like a telegram, full of stops and full stops—much like their relationship itself. Charlie, reveling in being briefly unreachable and not in the mood to answer questions, hadn’t yet bothered to replace her phone and had indeed missed the call but wrote back assuring her mom that she was fine, though the accident had not, in fact, been performance art.
By the time Charlie reached the foreboding Suffolk County Courthouse, her lawyer/friend Sam—who had shepherded her through the theater purchase (while questioning her sanity)—was already there pacing, barking into her phone.
“This should be easy,” Sam told her, hanging up, hugging her while scrolling her inbox. Sam wore suits and radiated responsibility, two things Charlie found comforting in a lawyer. “Be contrite and it should be open-and-shut for community service.”
The sterile courtroom’s pin-drop silence made Charlie shiver. Next to her, Sam tucked her phone in her bag and rose to her feet, gesturing for Charlie to stand as the judge materialized at the bench. Charlie found it oddly reassuring that the judge was the kind of woman who wore pearls and a frilly collar outside her robe.
“You were okay with my email, right?” Sam whispered, as they sat again.
“What email?” she whispered back.
“My email. An hour ago? You have got to get a new phone,” Sam scolded.
“I know, I know—”
“There was this arrangement, last minute, I hope you’ll be amenable to but—”

Aimee Agresti is the author of Campaign Widows and The Gilded Wings trilogy for young adults. A former staff writer for Us Weekly, she penned the magazine's coffee table book Inside Hollywood. Aimee's work has also appeared in People, Premiere, DC magazine, Capitol File, the Washington Post, Washingtonian, the Washington City Paper, Boston magazine, Women’s Health and the New York Observer, and she has made countless TV and radio appearances, dishing about celebrities on the likes of Access Hollywood, Entertainment Tonight, E!, The Insider, Extra, VH1, MSNBC, Fox News Channel and HLN. Aimee graduated from Northwestern University with a degree in journalism and lives with her husband and two sons in the Washington, DC, area.