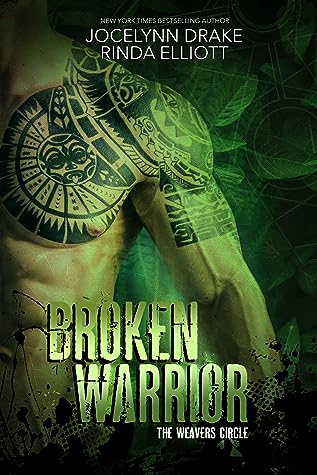 The world has become a strange place.

After a life on the run, Clay Green is rescued by a crazy old lady with a shotgun and an even crazier story about monsters, goddesses, and a secret brotherhood.

Gifted with the power of the earth, Clay must locate his missing “brothers” before invading monsters can destroy everything.

As if that’s not enough to contend with, Clay can’t keep his hands off the man trying to rebuild the plantation house he’s temporarily living in.

Something strange is going on…

Dane knew restoring the old plantation house wasn’t going to be an easy job, but at least none of the clients were going to be underfoot. Since losing his wife and child, the only way Dane can keep going is to focus on the work.

But that focus crumbles the second Clay appears covered in blood and barely hanging on to life.

Mystery and danger cling to Clay and the other men who suddenly show up. A smart man would walk away.

Dane chucks smart out the window in favor of hungry kisses and the silken slide of skin against skin. He doesn’t understand what’s happening, but there’s no question that Clay needs him.

He’s just not sure his heart can survive being broken again if something happens to Clay.

A promising start to a new series by Jocelynn Drake and Rinda Elliott, though the romance elements felt rushed and I think the world-building needed more work.

I'm a huge, huge fan of urban fantasy and paranormal romance books, and I'll admit that my standards are ridiculously high. Though my feelings about Broken Warrior might seem a tad bit harsh to some, I really want my M/M urban fantasy to live up to its potential.

I enjoyed the basic plotline and concept of Broken Warrior, and I found parts of it to be very exciting. The ending was especially great, with the last 30% being a highlight for me. However, I had a lot of unanswered questions and a lot of loose ends that didn't feel tied up. The goddesses were too cryptic for no apparent reason, and a lot of things seemed too coincidental. Really great urban fantasy can connect seemingly inconsequential details to mean something bigger and it can blow your mind (see books by Jim Butcher and Ilona Andrews), and this book wasn't quite up to that level.


Though I dug the romance and the bisexual, widower character, Dane, matched with the weaver Clay, I found the romance to be WAY too rushed and the sex to be OTT. I was even skimming through the sex scenes by the end. Sex for sex purposes gets old in a urban fantasy book, especially when I wanted the page time to be spent giving extra layers to the plot.

The ending made me happy, and I think the series has huge promise. Though this book was enjoyable, I hope the world-building continues to grow with each subsequent book in the series.


*Copy provided in exchange for an honest review*