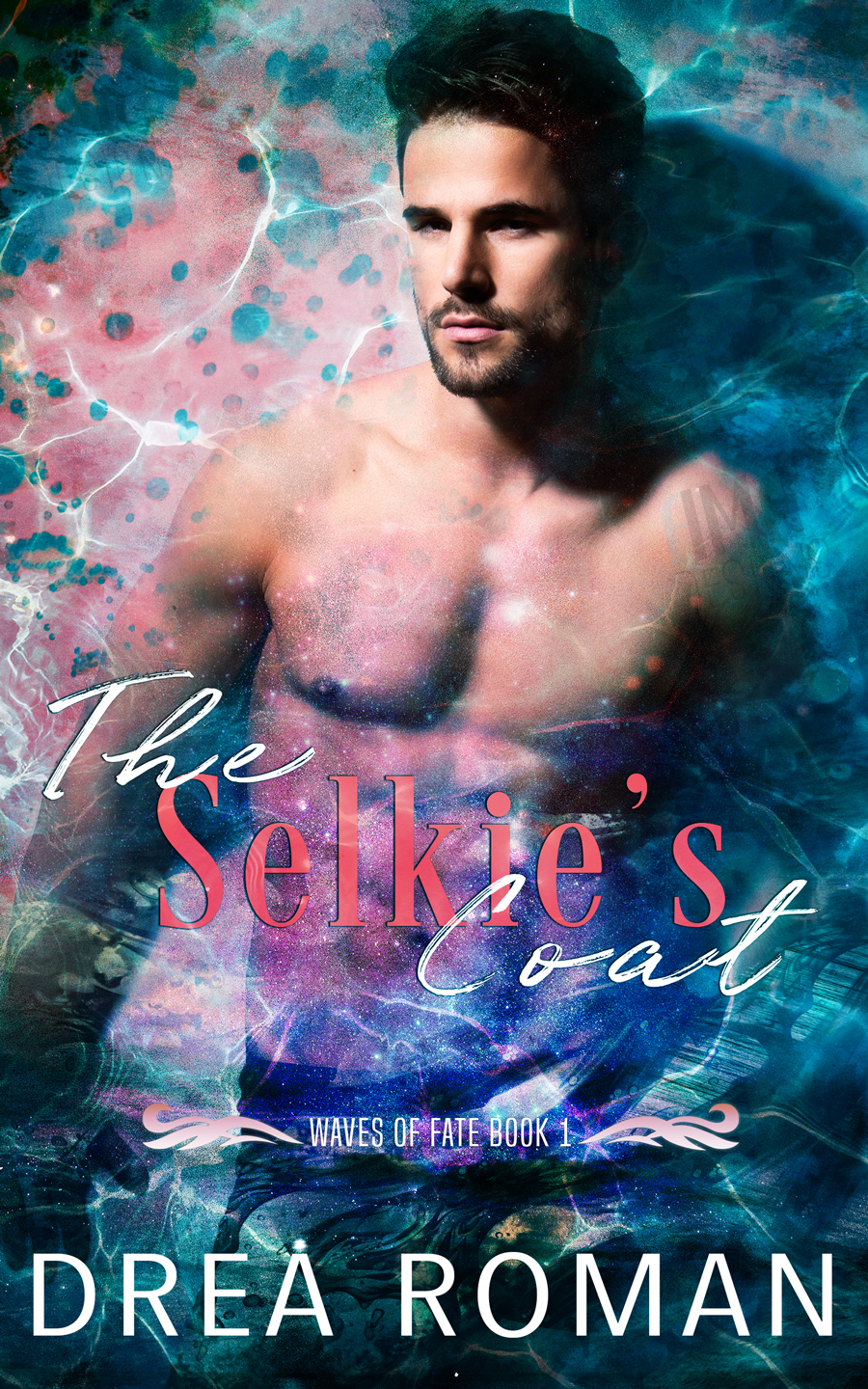 A marshmallow alpha with more heart than sense and a stubborn human omega trying to guard his heart fall in love in this first story from the Waves of Fate omegaverse.

“Oops! You dropped your coat!” With these words, waiter Daniel Collins turns alpha selkie Gregory Samson’s life upside down. Because that coat is not some fancy heirloom fur. No, it is Gregory’s selkie pelt, which magically connects him with his seal animal inside.

When Gregory hears Daniel’ voice, he knows the rare human omega is his mate. Too bad Daniel has more than a few misgivings about trusting his heart to a selkie. Because the magical seal shifters have one of the worst player reputations of all shifter kind and Daniel fears a broken heart. How will Gregory convince Daniel to give him a chance?

It wouldn’t be so hard if Gregory’s mother and everyone else would just stop meddling!

Brought together by the magic of Gregory’s coat, can the pair weather insecurities, an interfering mother, meddling friends, and a disgruntled inner animal?
The Selkie’s Coat is book 1 of the Waves of Fate Omegaverse. It can be read as a standalone. 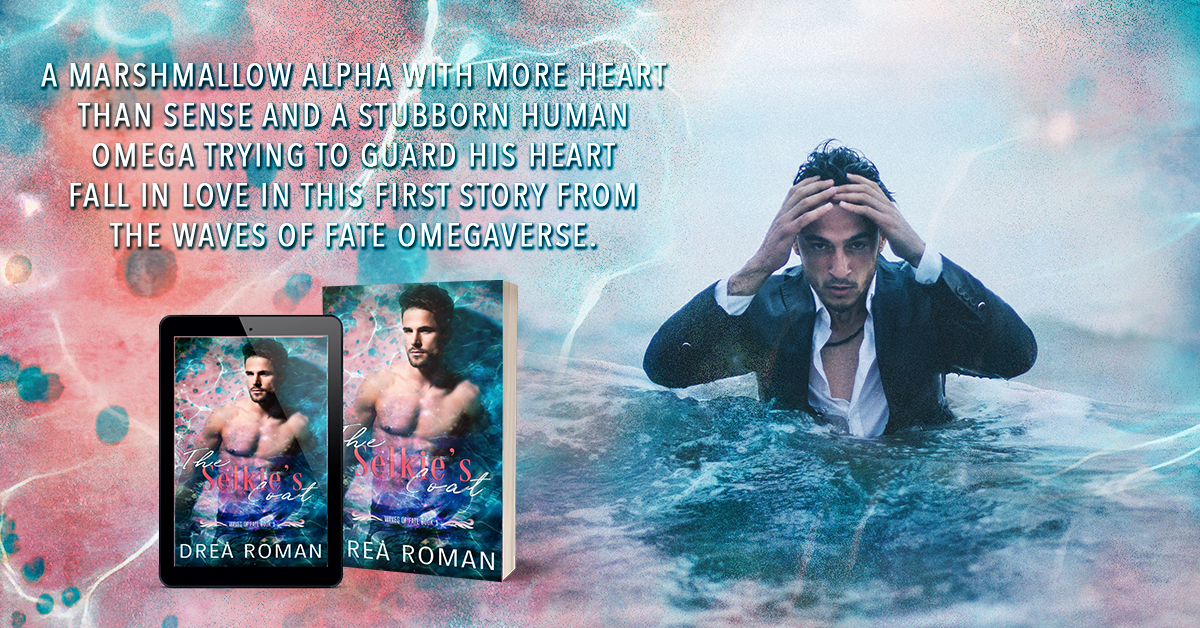 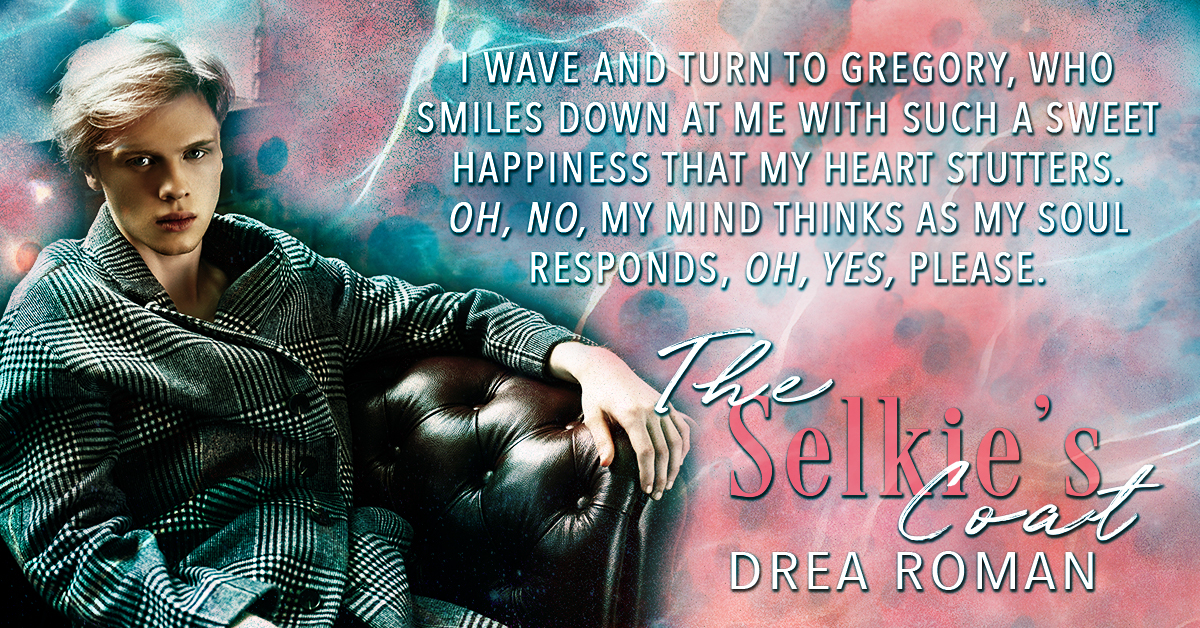 
“Oops! You dropped your coat,” a musical voice calls out to me, winding its way around my heart and squeezing my soul.  Before I even see whoever said those fateful words, I already know who he is to me: my mate.  As I turn toward my chair, over which my pelt had been slung but from which it is now missing, a glorious, yet frightful sight greets me: a short, light-brown-haired omega with bright hazel eyes holds my dark brown coat out to me.  My heart almost stops at the vision, my eyes going wide and my breath catching in my throat.  He has just offered my pelt back to me, giving me the freedom to claim him as my mate or reject him.  The ritual is ancient, its meaning significant.  If you hold a selkie’s coat, hiding it, refusing to give it and his free will up, you control him until the end of his days.  But if you hand it back with no expectation of return, then you mate your selkie for life.  This action is so sacred that most selkies make it the climax of a mating ceremony or shun public eyes and perform this magical final step in private.  But my omega, my mate, whom I have never laid eyes on until this very moment, places it softly in the hands I have outstretched toward him on sheer instinct, unknowingly binding me to him for all of my days.

“There you go.  I’m glad I caught it before it could hit the ground.  Wouldn’t do to drop something as beautiful as that,” he softly says as he smiles up at me after laying my pelt in my outstretched hands.  He runs his fingers down the soft, plush fur, with the grain, and I feel it as though his hand is gliding down my spine.  I am too stunned to say a single word as he gives the coat a final pat, then smiles even more brightly, though with the faintest hint of longing in his eyes, as if he is reluctant to break our gaze.

“Have a nice evening.  I hope you enjoy your dinner.”

My throat is too clogged for me to utter a single word to him as he turns away, walking quickly toward the stainless-steel doors of the restaurant’s kitchen.  Someone else’s throat clears, and I snap my head around to find my mother seated at our table, just as she was a few moments ago, before my entire world shifted and my mate returned my precious pelt to me.

To celebrate Drea's new release, we are giving away a $5 Amazon Voucher!
Enter the Rafflecopter giveaway for your chance to win!