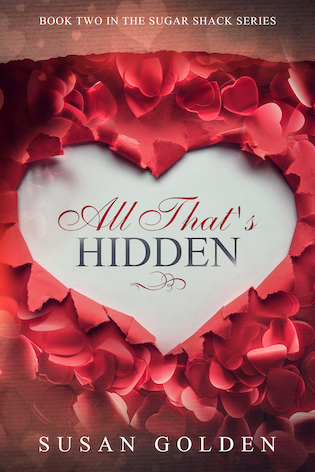 All That’s Hidden is a delightful story with intrigue, humor, and of course, romance. A perfect read for the beach or traveling on a plane. I fell in love with Sugar and Rupert!

-Lorence, singer/songwriter
Pet sitter turned entrepreneur, Jennifer Albright thinks she has it all: an expanding business, a new, blissful marriage to a very sexy husband, a dog named Rupert that people frequently think is a bear, and a parrot named Sugar that Jennifer’s pretty sure is psychic. But her idyllic life begins to unravel when a series of creepy incidents threatens to sabotage the launch of her doggie day care center, and the discovery of a hidden treasure thrusts her into the world of federal agents and international thievery. The chaos soon spills over onto her home life and Jennifer reluctantly begins to suspect that her seemingly perfect, unbelievably supportive husband is hiding something from her. There’s just so much that doesn’t add up.

Tech-mogul Ryan has found the love of his life in his adorable new bride, Jennifer. But trouble seems to follow her like a basset hound. When one strange twist of events offers Ryan an opportunity he feels he can’t pass up, he unknowingly launches himself down the road of suspicion and mistrust. But he’s got this covered. She doesn’t suspect a thing.

As Ryan passed by Sugar preening on his perch, the bird raised up, flapped his wings, hopped from one foot to the other, and started “singing.” Ryan flinched.
“That bird doesn’t like me,” he said breathlessly.
“Don’t be silly,” Jennifer said. “Of course, he likes you.”
“He says the weirdest stuff around me.”
“He says lots of weird stuff; he’s a bird. He repeats what he hears and now he’s discovered the music channels on TV. He has no idea what he’s saying.”
“I think he knows exactly what he’s saying. So, what’s with this latest addition to the repertoire? Something about rumors. What’s that mean?”
“It’s an Adele song. It’s about cheating. Maybe he thinks you’re cheating on me.”
“Don’t be ridiculous,” Ryan said after an awkwardly long silence.
“You’re the one who said he knew what he was saying.”
“Okay, enough. What’s going on? If you’re mad about dinner, tell me. Stop acting all weird. I can’t tell who's more whacko, you or the bird. Did you both get into some tainted nuts or something? It’s been a Halloween fun house since I walked in.”
The whole time he’d been venting, Ryan was moving closer to Jenn, gesturing emphatically. He’d crossed the room and arrived at the couch by the time he’d gotten to the part about the Halloween fun house.
She was upset. He couldn’t imagine she was seriously accusing him of cheating. He softened his tone as he sat down on the couch.
“If I thought you were serious, I’d be…I’d…I don’t know. Jeez, Jenn, sometimes I just want to…”


As he trailed off he realized that, apparently, in this case he just wanted to kiss her. He reached up, grabbed both sides of Jennifer’s face, and planted a brain-searing kiss on her mouth. I’ve got the cure for whatever ails you, Sugar Shack. 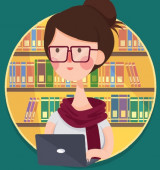