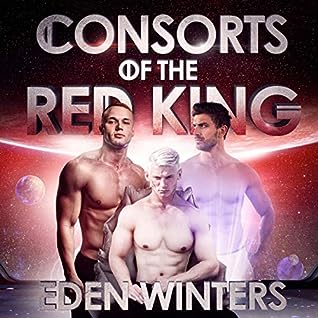 
In deepest space the ruthless Federation lays waste to one rebel colony after another, leaving comrades-in-arms Van Orskey and Tayn Kassik without family, without a home, and without hope.

With nothing left but each other, they run contraband and smuggle fugitives from the safety of their ship, the Cormorant—with the occasional clandestine mission for the rival Coalition thrown in. Their heists have not gone unnoticed, though even the bounty on their heads doesn’t prevent them from being a thorn in the enemy’s side at every opportunity.

Pissing them off? Big mistake.

From the day of his birth Prince Jorvik of Akiak learned duty, wisdom, and honor from his father, leaving him ill-equipped to withstand betrayal by his Federation-puppet uncle. He has no love for the greedy off-worlders who plunder his world’s natural resources and enslave his people. To defeat his foe, he needs the cunning, fearlessness, and touch of treachery only outlaws can offer.

Two off-world mercenaries make unlikely partners in Jorvik’s quest for vengeance, but the more he learns of them, the more common ground he discovers. In each other’s arms they find passion, heat, and maybe, a reason for living—until their common enemy threatens to tear them apart.

To survive, they must take on the corrupt Federation.

I took so long getting to this one because...SciFi...

I'm a big fan of this author. Even before her 'Diversion' series I was devouring her books...from 'Almost Mine' to 'The Wish' I've enjoyed this author's stories and while I had initially decided that this would be the one that I just took a pass on when the opportunity presented itself to read the book...I caved and in some ways that was probably the right choice...this one's SciFi folks...sooooo much SciFi I just couldn't connect so I took a break and because sometimes Karma's not a b*tch...the book came out on audio and audio is my friend especially when the audio is being done by a narrator as talented as Darcy Stark.

So I grabbed me a copy of the audio book and then I spent a week staring at it whenever I decided to listen to an audio book because "Ohmygod!!! It's SciFi and what if I don't like it...and yes, I did angst a bit about this." before putting on my big girl panties and telling myself "If I don't like it, I don't like it. The world will not end." So here's what my audio adventure taught me...

apparently if it's a good story, it's a good story and while I struggled a bit when I tried to read this story, when I got it on audio with what I consider to be a rather talented narrator I found myself relaxing and focusing on the details and allowing my mind to visualize the world(s) that this author created and the life forms...yes, that's right this one goes beyond the light SciFi that I've listened to and enjoyed in the past and by light SciFi I'm talking humans, tech, maybe some genetic enhancement and/or manipulation and for me that's a level of SciFi that I'm comfortable with and often enjoy. It's not about good or bad it's about comfort level and that's mine but even I occasionally venture outside of my comfort levels, I find it to be a healthy thing to do and as it turned out this was a good time to do it.


First off Darcy Stark did a superlative job with the voices in this story from Van and Tayn to Jorvik, whose voice I imagine offered it's own unique challenge and then there was the Commander whose voice along with Ms WInters description created a very well defined image for me and can I just say...I am never sitting down to a meal with that dude... humanoid...alien life form?

If I've learned anything from my past history it's not that I don't like SciFi it's that when it comes to SciFi my preferences are auditory and visual...I've enjoyed several SciFi stories on audio as well as more than a few movies and/or television shows...so this is totally me thing. But once I got into this story I was all in.

The combination of Eden Winters story telling skills and Darcy Starks narration created not just a world but a universe that I wanted to explore as well as telling me a story that I was fully invested in. From the heat and passion of Van, Taryn and Jorvik's relationship to Jorvik's struggles to save his world this story basically had it all and uniquely so.

I'm not going to delve into any of the intricacies of the this story because I truly don't think I could do it justice. What I will say is that whether it's auditory or visual SciFi still isn't an easy sell with me but in the end it comes down to the story that's been created and with "Consorts of the Red King" the reader or in my case listener's been given a story that's filled with action, adventure, intrigue, subterfuge, love and passion changing the challenge from 'how to start' to 'how to stop'? I may have had a rather late night in there somewhere.

My rating for this one may have only been 3.5 stars but considering that I'm not sitting in my comfort zone on this one either...well, let's just say for me those are some pretty bright stars.

The other thing that I know for sure is that while this story could essentially stand on it's own as it is. Should the author choose to pick-up where things have been left and give us more about this unique trio and their adventures it could be done seamlessly at any time and if that happens I'll be there waiting for the audio book narrated by Darcy Stark...please and thank you.

Buylinks are provided as a courtesy and do not constitute an endorsement of or affiliation with this audio book, author or booksellers listed.