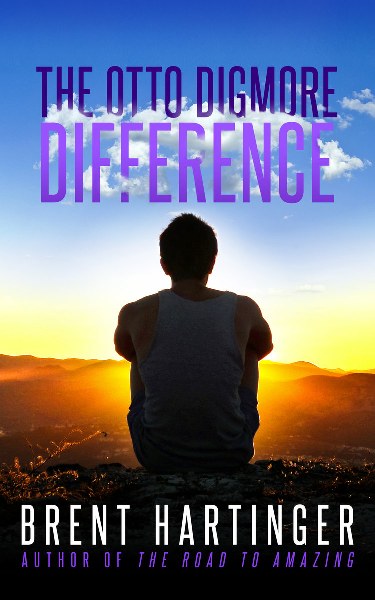 Otto Digmore is a 26-year-old gay guy with dreams of being a successful actor, and he's finally getting some attention as a result of his supporting role on a struggling sitcom. But he's also a burn survivor with scars on half his face, and all indications are that he's just too different to ever find real Hollywood success.

Now he's up for an amazing new role that could change everything. Problem is, he and his best friend Russel Middlebrook have to drive all the way across the country in order to get to the audition on time.

It's hard to say which is worse: the fact that so many things go wrong, or that Russel, an aspiring screenwriter, keeps comparing their experiences to some kind of road trip movie.

There's also the fact that Otto and Russel were once boyfriends, and Otto is starting to realize that he might still have romantic feelings for his best friend.

Just how far will Otto go to get the role, and maybe the guy, of his dreams?

Author Brent Hartinger first introduced the character of Otto Digmore in 2005, in his Lambda Award-winning books about Russel Middlebrook. Back then, Otto was something pretty unusual for YA literature: a disabled gay character.

Now, more than a decade later, Otto is grown up and finally stepping into the spotlight on his own. The Otto Digmore Difference, the first book in a new stand-alone series for adults, is about much more than the challenges of being "different." It's also about the unexpected nature of all of life's journeys, and the heavy price that must be paid for Hollywood fame.

But more than anything, it's a different kind of love story, about the frustrating and fantastic power of the love between two friends. 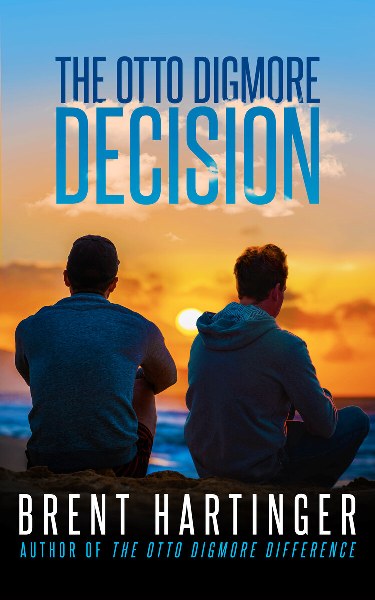 "If we get caught, they'll throw us in jail. On the other hand, we'll have been involved in one of the craziest Hollywood stories I've ever heard, and maybe someone will want to turn *that* into a movie!"

Otto Digmore is back, still trying to make it as an actor in Hollywood (despite his facial scars), but frustrated by all the schemers who'll stab you in the back to get ahead. But then Otto's good friend Russel Middlebrook sells a screenplay, a heist movie set in the Middle Ages — and Otto has been cast in an important supporting role! For twelve weeks, Otto and Russel will be on location together in England and Malta.

Problem is, once production is underway, it quickly becomes clear that the director is ruining Russel's script. If the movie ends up being the bomb that both Otto and Russel expect it to be, it could destroy both their Hollywood careers forever.

But Otto and Russel aren't willing to take that chance. Together, they hatch a crazy plan to make a good movie behind the director's back! But how far are they willing to go to save their careers? Are they willing to become exactly the kind of scheming backstabbers they always said they hated?

The Otto Digmore Decision is partly a caper story, partly a humorous Hollywood satire. It’s also an inside look at the struggles of anyone “different,” and it’s even something of a love story, except it’s one between two friends.

More than anything, The Otto Digmore Decision proves the old adage about creative pursuits: the most interesting drama always happens behind the scenes! 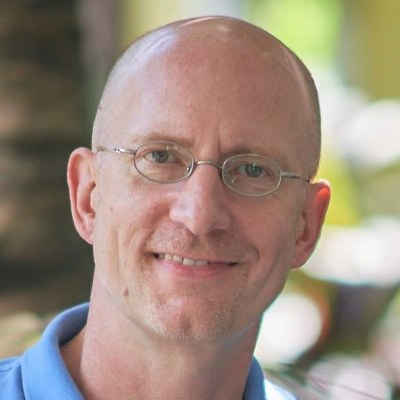 I am Brent Hartinger, a novelist and screenwriter. I've published fourteen novels, had nine screenplays optioned, and had two of my projects turned into feature films.

My first novel, GEOGRAPHY CLUB (2003), is the story of a gay teen named Russel Middlebrook. It was one of the first in a new wave of break-out LGBTQ young adult fiction, and it was adapted as a feature film in 2013. I subsequently wrote three more books about Russel, calling them The Russel Middlebrook Series. I tried to give these books a lot of humor and heart.

In 2013, I continued Russel's story as he grew up, into his twenties, in a new, stand-alone series called Russel Middlebook: The Futon Years. These books are "new adult" (making Russel one of very few literary characters to "jump" genres in projects created by the same author).

I love mysteries and thrillers. My 2016 gay teen puzzle box thriller THREE TRUTHS AND A LIE was nominated for an Edgar Award (this, and my 2005 novel GRAND & HUMBLE, are real mind-benders, trust me). My 2007 YA mystery, PROJECT PAY DAY, is much lighter, and has also been adapted as feature film (which I wrote), to be released in 2020.

Here are all my books:

RUSSEL MIDDLEBROOK: THE FUTON YEARS
* The Thing I Didn't Know I Didn't Know (book #1)
* Barefoot in the City of Broken Dreams (book #2)
* The Road to Amazing (book #3)

I also love to travel. In fact, I no longer have a home. Instead, I travel the world indefinitely with my husband, writer Michael Jensen, moving to a new country every few months. You can follow our "digital nomad" journey at BrentandMichaelAreGoingPlaces

I try hard to write books that are page-turners, and movies that are fast-paced and accessible. If I had to describe my own writing projects, I would say, "Strong central concept, strong plot, strong character and voice."

Basically, I see myself as a storyteller. But I think "story" is a lot more than "beautiful language" or complicated camera angles, which I often find self-indulgent and distracting. In most cases, I think the important thing for a writer or filmmaker is to get out of the way and just tell the damn story.

I answer all questions, so feel free to contact me on social media, or through my website.

$20 Amazon gift card, plus choice of any two e-versions of my previous books.
Follow the tour HERE for special content and a giveaway!