Blogtour: The Flowers of Time by A. L. Lester


Let's start off with our author interview:


We’ve all got a little voyeurism in us right?  If you could be a fly on the wall during an intimate encounter between two characters, not your own, who would they be?


Not two, if that’s okay, three! Will, Hugh and Truman in Kris Ripper’s Scientific Method books. The relationship builds over such a long time and is so strong. The intimacy is there on so many different levels and it would be amazing to watch.


Thirty pints of milks in half-gallon containers waiting for me to take the cream off the top, three blended feeds for the Littlest child over the next day or so, a big block of cheese, condiments and some cherry tomatoes with fur on in the salad-liquidizing draw in the bottom.


The ability to stretch time to fit in all the things I want to do and still get enough rest.


Possibly Rob, from The Gate/Inheritance of Shadows. He’s very certain about what he wants and a very placid and contented sort of person. It would be nice to feel like that.


It wouldn’t matter that much, because I’d be able to just focus on the words rather than everything going on around me. I get in to this ‘flat food’ place that’s a legacy from my programming days, where Mr AL jokes that I really would be best in a darkened room with a laptop and have pizza slid under the door to me at regular intervals.


If I could do a writing retreat anywhere, anywhere at all, I’d be happy somewhere no-one interacted with me whilst I was sat at the desk, meals and beverages turned up at regular intervals and my feet stayed warm. That’s all.

What’s the one thing, you can’t live without?


Excluding family, kids and all that? Laptop, please. Not very interesting!

What internet site do you surf to the most?


Can they be dead? I’d like to host Ursual Le Guin to ask her about writing the gender-fluid characters in The Left Hand of Darkness, Dorothy Dunnett to talk about her historical research for the Lymond series and a chap called John Seymour who wrote the definitive 1970s guide to self-sufficiency and who apparently ended up living in a poly relationship in his 80s and 90s on a smallholding on the west coast of Ireland.

When you got your very first manuscript acceptance letter, what was your initial reaction and who was the first person you told?


I got an acceptance within a few days from JMS and was so utterly and completely shocked when I opened the email and read it I burst in to tears. Mr AL was sat on the sofa beside me and he thought I’d had a rejection. He had to make me tea. 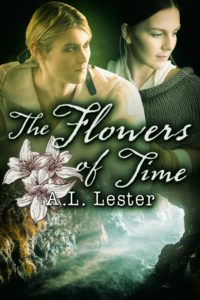 Jones is determined to find out what caused the unexpected death of her father whilst they were exploring ancient ruins in the Himalayas. She’s never been interested in the idea of the marriage bed, but along with a stack of books and coded journals he’s left her with the promise she’ll travel back to England for the first time since childhood and try being the lady she’s never been.

Edie and her brother are leaving soon on a journey to the Himalayas to document and collect plants for the new Kew Gardens when she befriends Miss Jones in London. She’s never left England before and is delighted to learn that the lady will be returning to the mountains she calls home at the same time they are planning their travels. When they meet again in Srinagar, Edie is surprised to find that here the Miss Jones of the London salons is ‘just Jones’ the explorer, clad in breeches and boots and unconcerned with the proprieties Edie has been brought up to respect.

A non-binary explorer and a determined botanist make the long journey over the high mountain passes to Little Tibet, collecting flowers and exploring ruins on the way. Will Jones discover the root of the mysterious deaths of her parents? Will she confide in Edie and allow her to help in the quest? It’s a trip fraught with dangers for both of them, not least those of the heart.


Edie was still washing when she heard the commotion. The sheep and goats were making a dreadful racket, baaing and wailing much louder than she had ever heard them, even when they were on the move. Then the herd dogs joined in, giving tongue like Edie had never heard before. She didn’t have her stays on. Or her chemise. Or anything. She hastily pulled her dress over her head, grabbed up the pistol she kept by her camp bed and dashed out toward the noise in her bare feet, hair flying.

She ran without a thought. She didn’t know where anyone else was, but she assumed Henry and Bennett and the young men had already started the day of surveying they had planned last night. She and Jones had discussed riding out to look at the ruined caravanseri they had glimpsed from the hilltop yesterday as they were riding down into the valley, but Jones was usually up and about well before Edie emerged from her tent each morning, as were her men.

When she reached the little flock of sheep and goats, she stopped in horror. She wasn’t at first able to make out what she was seeing, but then it came into focus sharply, with scents and sounds and colors. There was a tiger in among the goats. It was eating one of them. Margery, the leader of the herd. The three herd dogs were going berserk, barking and making short forays toward the tiger, before backing off again. The goats couldn’t get away because they were tied. The tiger was sat in the middle of them, with its kill. It was peaceably eating Margery for breakfast.

Edie screamed. The dogs barked. Distantly she heard voices shouting, but they were a long way away.

The tiger looked at her. Or perhaps through her. It had big, black, bottomless eyes and looked annoyed that she had disturbed its breakfast. It stood up, ponderously, and growled. If anything, its eyes became darker and more menacing.

“I really don’t want your breakfast,” Edie said. “I liked Margery, I’m not going to eat her.” The dogs were still barking like mad.

The tiger growled again, sniffing the air. It took a step forward.


Edie raised the pistol. She was pretty handy with it now. Henry had made her practice and practice at home before they had set out on their journey. She could shoot a musket as well, although she wasn’t very good at loading. Her pistol was loaded. Henry had said that it was dangerous to keep a firearm loaded but that at night, fumbling in the dark to load one if the camp was attacked would take too long and might get her killed. Generally speaking, Henry had been very brutal in his explanations before he had agreed to bring her along. Edie spared a brief second to be grateful to her brother, although not too grateful, because a proper brother would be here at this point defending her from the tiger.

The tiger took a step forward. Edie said “I really don’t want to shoot you. Please take Margery and go away.”

The tiger growled some more.

Edie swallowed. She was going to have to shoot it. She had no idea how easy it was to kill a tiger, but she had a vague idea that shooting it and missing or shooting it and only wounding it would be a bad outcome.

It had Margery’s blood all around its mouth and down its front. It looked like it was a male tiger. It had a beard and lots of muscle. It was very large and its eyes were completely black. It probably came up somewhere between her waist and her shoulder. She really hoped it wasn’t going to kill her and eat her. She didn’t have her stays on. She didn’t want to die without her stays on. Her mother would be mortified. 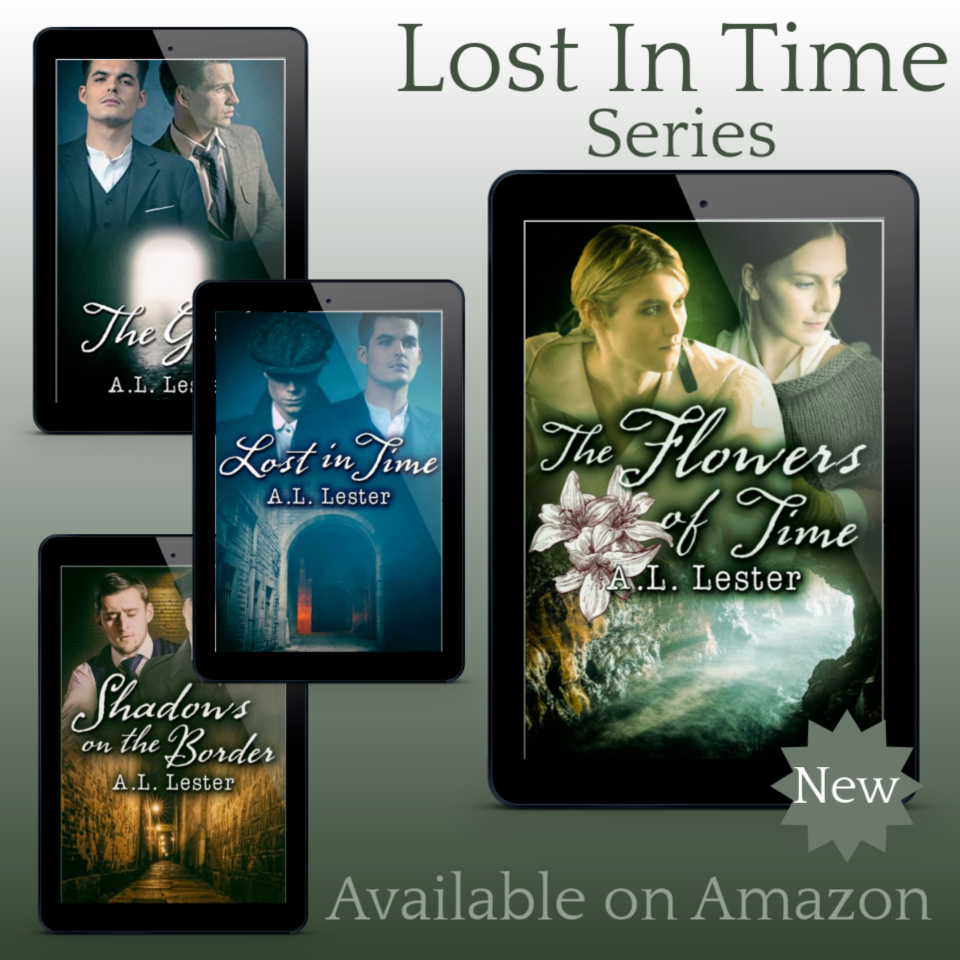 A. L. Lester likes to read. Her favourite books are post-apocalyptic dystopian romances full of suspense, but a cornflake packet will do there’s nothing else available. The gender of the characters she likes to read (and write) is pretty irrelevant so long as they are strong, interesting people on a journey of some kind.

She has two and a half degrees, a BA in Archaeology and History; a MSc in Geographical Information Systems; and a few half-arsed courses as part of a Science and Science Fiction undergrad. In galaxies long ago and far away she has coded GIS, taught computing skills in the community, was a very expensive secretary and worked as an audio-visual technician. It came as a great surprise when health and safety got upset about pregnant people climbing ladders to do rigging; and so she gave all that up to breed poultry, bees, plants and children.

Now she has a chaotic family life and has become the person in the village who looks after the random animals people find in the road. She is interested in permaculture gardening and anything to do with books, reading, technology and history. She has stress-related seizures and lives in a small village in rural Somerset with Mr AL, two not-quite-teenage children and various animals and birds. She is seriously allergic to both rabbits and Minecraft and struggles to find time to write, but manages anyway, because it’s what keeps her going.