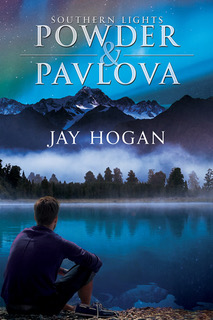 ETHAN SHARPE is living every young Kiwi’s dream—seeing the world for a couple of years while deciding what to do with his life. Then he gets a call.

Two days later he’s back in New Zealand. Six months later his mother is dead, his fifteen-year-old brother is going off the rails and the café he’s inherited is failing. His life is a hot mess and the last thing he needs is another complication—like the man who just walked into his café, a much older…

TANNER CARPENTER’s time in Queenstown has an expiration date. He has a new branch of his business to get up and running, exorcise a few personal demons while he’s at it, and then head back to Auckland to get on with his life. He isn’t looking for a relationship especially with someone fifteen years his junior, but Ethan is gorgeous, troubled and in need of a friend. Tanner could be that for Ethan, right? He could brighten Ethan’s day for a while, help him out, maybe even offer some… stress relief, no strings attached.

It was a good plan, until it wasn’t.

The man nodded in approval. “Someone give that man a balloon. Though I gotta say, the mere thought of a meeting sends rats running up my arse. Bad enough having to talk with every Tom, Dick, and Harry who comes in here for a coffee and expects I’m interested in anything they have to say. Whatever happened to keeping your opinions to yourself?”

Which was rich coming from a guy who had an opinion on almost everything, few of them good, and none of them kept to himself as far as Tanner had seen.

Adrian handed a coffee each to the two men ahead in the queue. “I’ll let you know if you’re heading that direction.”

Tanner laughed. “I believe it.”


“Thanks.” He glanced behind Adrian to the closed kitchen door. “Ethan in?”

Adrian’s smirk was hard to miss.

“He’s out back, kneading his balls.”

Tanner nearly swallowed his tongue, a fact not missed by Adrian who sent him another smirk. Bastard.

“His brioche balls.” The barista crafted a heart into the foam of a fresh latte. “Whatever did you think I meant? Hey, Ethan⎯”

The man shrugged. “Oops.” He passed a latte to the man in front and caught Tanner’s eye. “I’ll hold your order for a bit.” Then he winked.

“See, you are getting the hang of things around here.”

Tanner could do nothing but laugh.

“You hollered, oh cranky one…” Ethan pushed through the swing door, took one look at Tanner and stopped dead in his tracks. A cute as shit blush spread over a pair of dimpled cheeks.

I am a New Zealand author writing in m/m romance, and romantic suspense. I have traveled extensively and lived in the US, Canada, France, Australia and South Korea. In a past life I have been an Intensive Care Nurse, Counselor, and a Nursing Lecturer.
I'm a cat aficionado especially of Maine Coons, and an avid dog lover (but don’t tell the cat). I love to cook, pretty damn good, love to sing, pretty damn average, and as for loving full-time writing, absolutely… depending of course on the day, the word count, the deadline, how obliging my characters are, the ambient temperature in the Western Sahara, whether Jupiter is rising, the size of the ozone hole over New Zealand and how much coffee I've had.
Welcome to my world.


Promotional post. Materials provided by Eliza Rae Services.
Posted by Sandra at 12:00 AM