Cover Reveal: The Empires Of Luxor City by Sasha Hope

The Empires of Luxor City by Sasha Hope 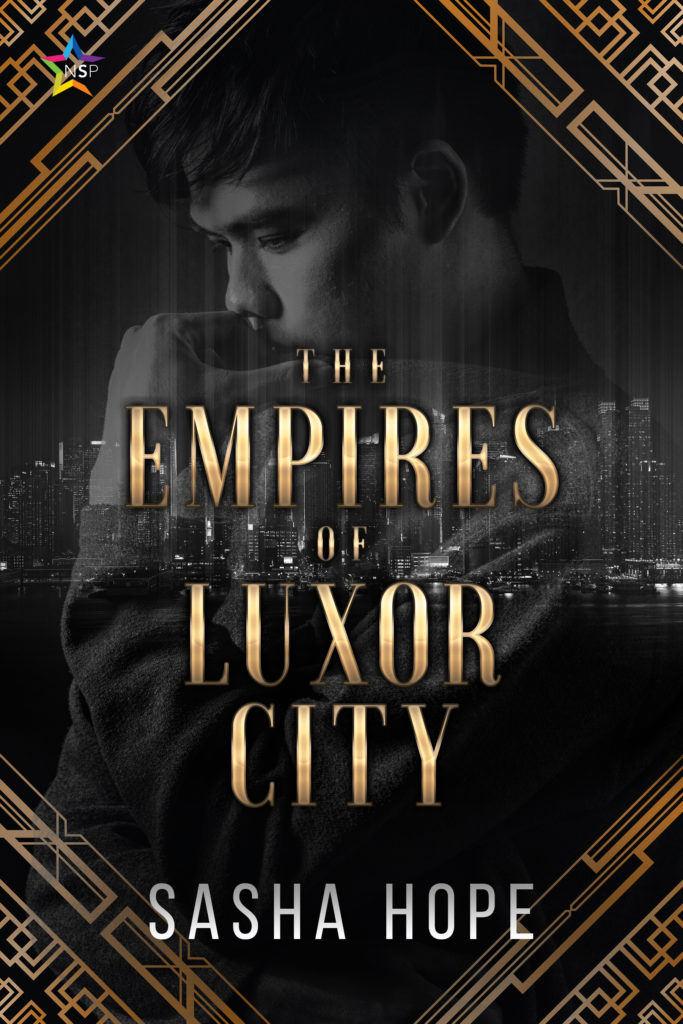 Available to Pre-Order at NineStar Press

In the aftermath of his father’s funeral, Dom Wesa, the new Alpha of Luxor City’s Central Empire, stumbles upon an Omega in desperate need of help. The Omega, Lin Vasiliev, wakes to find he’s been taken into Dom’s home to be rehabilitated. Dom thinks the young addict may have information about the illicit drug trade going on in his Empire.

He gets Lin sober to question him only to discover that Lin is new in town and ignorant of Luxor’s laws. Dom and Lin are both suspicious of each other at first for their own reasons, but as that wariness wears away a deep attraction develops between them. Dom dotes on Lin, leaving the once stone-broke Omega bathed in finery he never could have imagined.

They start planning for Lin’s upcoming heat, when they will be driven together by their kindling bond and strong compatibility as an Alpha and Omega pair. However, in the midst of their swelling romance, Luxor’s most notorious Alpha reappears sparking a gang war that threatens to turn the entire city into a battleground.