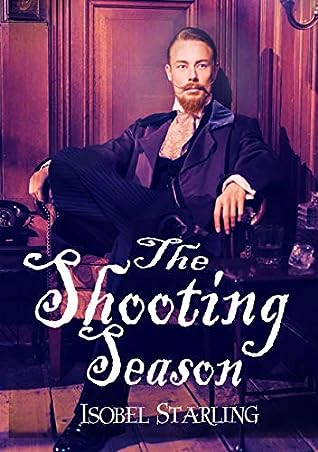 Mr. Benedict Hannan, the owner of Hannan’s Auction House in Fitzrovia, receives a letter inviting him to attend the sale of a private collection of Fine Art and antiquities belonging to the Late Lord Percival Ardmillan. Ardmillan is known to Benedict, or rather his son Euan is, and so, Benedict hurriedly travels to the West Highlands to fulfill his dream of owning a particular item from the Lord’s collection—something that he has coveted for thirty years.

In Scotland, Benedict meets the collectors who were invited to bid in the auction. He discovers that the auction of the private collection is not as straightforward as he had imagined.

Forced to come to terms with his past and present desires, Benedict finds himself in the thrall of a mysterious traveler and in turn, gets more than he bargained for this Christmas!


I entered the blessedly warm first-class lounge car to see six other travelers seated in the high backed leather chairs, reading, playing games of cards and dominoes, and having a much-needed nightcap to push the chill from their bones.  An attendant stood inside the door. He was dressed for service in a black suit, white shirt, and black tie. The man was in his early thirties, with deep-set dark eyes and a military short back and side’s haircut, glistening with pomade.  He bowed graciously.
“Good evening sir, I am Mr. Cummings, how may I be of service.”  He had a light, gentle Edinburgh accent that reminded me of my time studying in the city.
“Mr. Benedict Hannan, I reserved a first-class compartment,” I responded, taking the ticket from my pocket and handing it to the man.  He took the ticket, punched a hole in it with a small metal punch, gave it back, and then proceeded to assist me in removing my greatcoat.  My own valet knew exactly how to remove my clothing without so much as tracing a finger on me. I was uncomfortable to have my coat removed by a stranger but I gritted my teeth and was done with it.
With my coat over one arm, my top hat and cane in his hand, and taking my overnight case in the other Cummings said,
“Allow me to show you to your compartment, sir.”  He turned and I followed through the lounge that smelled strongly of whiskey and tobacco.  The raucous laughter of the gaming men echoed down the corridor. The interior of the train appeared to me like a gentleman’s club, with plush carpet, furnishings, and wood-paneled walls accented with lighting from cut crystal lampshades.
“There is a bar service until midnight and if you wish to avail of supper, please let me know.  Breakfast is served from six a.m. Do you require an alarm call?” The attendant asked. He led me through the narrow carriage corridor to cabin number six.  Cummings opened the timber and brass door and I followed him into the small compartment. At that moment I heard the booming voice of the station master on the platform outside the window calling “All aboard” and then the shrill of his whistle was followed by the ear-splitting shriek of the train whistle.  The engine shunted forward and to my horror, I barreled into Cummings’s back. The man’s hands were full and on impulse I reached out and gripped his shoulders to prevent both of us from falling. With my proximity to this not too shabby man, immediately, I felt the heat rise to color my cheeks and my hands burned with sensation.  I had lasted a whole year without touching another living soul and feeling the dependable hardness of a man’s back against me, and my fingers gripping strong angled shoulders, elicited a sharp intimate thrill, followed by an immediate dose of burning shame. I unhanded the attendant and took a quick step back.
“Seems we’re on our way, sir!”  Cummings turned, and his smiling brown eyes met mine.  Then, as if coming to awareness he closed down his expression and continued with his chores.  Cummings straightened up and placed my belongings on the cot bed. He closed my top hat so that it was flat and less cumbersome.  He placed the hat, cane, and small overnight case on a shelf above the cot bed. Then he threaded my coat onto a hanger and hooked it on the back of the door.
The train rocked and juddered as we headed out into the frigid night, north toward Crewe, Carlisle, and then to Glasgow.
“Ehhh…Thank you for your assistance, my good man.”  I said awkwardly, swiftly fidgeting to find a sixpence in my pocket to offer him as a tip.
“I won’t require an alarm call.  But I would like a glass of mulled Port, and whatever you have for supper if you would be so kind.” I dropped the coin into Cumming's open hand and he slipped it into his waistcoat pocket and nodded.  He met my eyes for longer than strictly necessary as if he were making my measure, and I had a feeling he was expecting me to ask something else. Was Cummings dallying with me or was this my deviant imagination at play?  I’d only met the man a minute ago. I felt sweat beading my brow. I did not want to be in the confines of such a small compartment with this younger man.
“I… I will take my nightcap in the lounge,” I said, a little too roughly.  Cummings nodded.


“Very good sir.  If you require any assistance during your stay there is a service bell here.”  He directed, pointing to a brass push bell on the wall.  Then Cummings left me alone, closing the door succinctly behind him.
I removed my leather gloves from my burning fingers and sagged onto the bed, overcome by a wave of shame and anxiety.  I should not have reached out; I should not have touched him. But if I had not I would have landed atop him and that would have been far worse.  Was this all in my mind or did the attendant want to offer other services?  I had heard talk in my club of men having some exciting trysts on railway journeys.  I thought they were mere fancy. But then I’d learned that prostitution on the railways was an open secret, known mainly by those who sought such services or had a friend with whom they shared intimate information.  I was appalled that, at a glance, Cummings might have thought me the kind of man who sought an illicit tug from a stranger on a train.  What irked me most was that, if I gave in to my darker nature, he would have been right.  I was a deviant, a filthy, ungodly deviant. I had tried to deny that part of me. It had been so long since I’d permitted myself intimate contact with a man that I found I’d become half-hard in the mere moments I was pressed to Cummings’s back.  I wonder, did he notice?
©Isobel Starling 2019 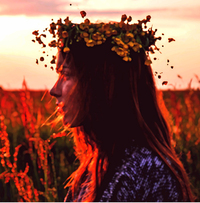 Isobel's greatest love is writing M/M relationships, and she hopes one day to actually finish the fantasy novel that she put ‘to rest’ over three years ago.