Love looks different from a thousand feet up.

Postmistress Penelope Moser has recently settled with her father in the Wild West town of Fortuna. Shocked by the violence around her and the depressing lives of the town’s women, she throws herself into her job. She’s determined to make the best of it before she has to marry the odious town sheriff. 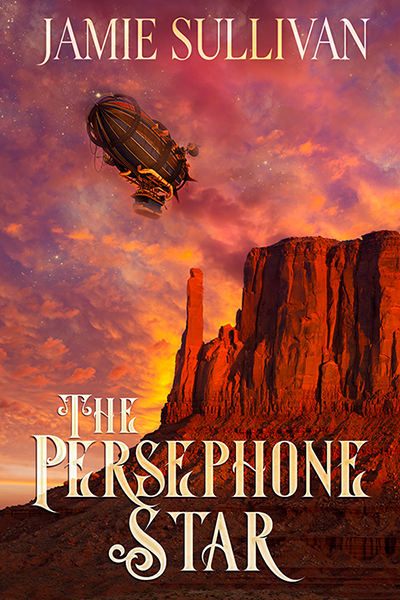 
I’ve been writing for what feels like my entire life – my parents’ attic is full of notebooks brimming over with early attempts at fiction. I’ve found my stride, however, in romance. I’m happy experimenting with genre, and have written supernatural, science fiction, and realist stories.
I can be found on Twitter @jsullivanwrites and blogging at jamiesullivanbooks.wordpress.com. Come talk!