Hart of Winter is set in a ski village in France called Les Menuires, which is a real place where I lived and worked as a seasonaire (a seasonal worker) about, oh, a million years ago! The hotels and bars where Luc and Rob spend their time are fictional (aside from La Folie Douce), but they're based on real places that Google helped me with when my memory failed.
But—Google and memory aside—what also helped me create the atmosphere of a ski town was diligent research.
By which I mean: films.
Now, while ski films are relatively few, they're also pretty much terrible across the board. Don't let anyone trick you into thinking otherwise! However, I managed to find a couple I enjoyed. So, with that in mind, here's a short list and their accompanying research rating…
Chalet Girl (2011)
If you've seen or read a romcom before, this is very much by numbers, but with British class differences and a snowboarding competition for added flavour. For my research purposes, they filmed in local in a ski village in Austria, so if you're wondering what a European ski village looks like—here's a glimpse! For that reason, it scores high on my list.
(Confused over what a 'chalet girl' is? In short, a housekeeper/cook/girl Friday for guests. This article was written the same year this film was released.)
Research Rating: 4 out of 5 snowflakes
Eddie the Eagle (2015)
This film is a biopic based on the life of the titular character aka Eddie Edward, a British ski jumper who 'competed' (stretching the meaning of that word slightly) in the 1988 Winter Olympics. A clichéd underdog story, but enjoyable nonetheless. And at one point, Hugh Jackman's character (Bronson Peary) takes on a 90m ski jump wearing jeans and a flannel shirt. (NB. Uhhh don't try this at home.) (Wiki page for Eddie Edwards.)
When it comes to research, however, for me this was more a very pleasant procrastination! Maybe useful for a historical ski romance…
Research Rating: 2 out of 5 snowflakes
Inception (2010)
Look, at one dream level they're in a snowy landscape, okay, and they run around and there's snowmobiles. We can say I watched it for the ambience.
Research Rating: 1 out of 5 snowflakes (I did say it's very difficult to find a ski-related film that isn't actively terrible, didn't I?)
Extradition: British Columbia (Psych, S04E01)
Psych is (strictly speaking, 'was'—it finished in 2014) a show about a fake psychic detective (yes, like The Mentalist, but much less depressing). In this episode, the two lead characters are on vacation in Canada when they get caught up in a plot about an art thief. Chaos ensues.
But! Most importantly, there is a ski montage scene, where we learn how to stop on skies—pizza slice to slow down, french fries to speed up. This is a classic feature of skiing lessons, and you will see it in Hart of Winter.
Research Rating: 3 out of 5 snowflakes
So, what did I learn?
Well. I learned I'm extremely good at finding ways to procrastinate! But, joking aside, I hope I've created a cosy, snowy village atmosphere in Hart of Winter, and that you will enjoy visiting Les Menuires as much as I did.

Luc Marling is cursed to transform into a stag from sunset to sunrise, making him vulnerable to black-hearted collectors. Thanks to a family heirloom, Luc can contain the change—but the magic is starting to fade. Luc intends to live fast while he can and doesn't care who he hurts along the way… until he meets Rob.

Rob Lentowicz accidentally broke the curse on a famous singer and became a magical reality-TV star. Tired of having to lie to protect his bank balance, and unwilling to destroy his family reputation with the truth, Rob runs away to France—and straight into Luc.

They navigate slopes, secrets, and each other. But are the feelings between them real—or just magic? 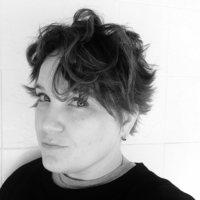 Parker Foye writes speculative-flavoured romance under the QUILTBAG umbrella and believes in happily ever after, although sometimes their characters make achieving this difficult.

An education in Classics nurtured a love of heroes, swords, monsters, and beautiful people doing stupid things while wearing only scraps of leather. You’ll find those things in various guises in Parker’s stories, along with kissing (very important) and explosions (very messy). And more shifters than you can shake a stick at.
Parker lives in the UK but travels regularly via planes, trains, and an ever-growing library.
Website | Facebook | Twitter