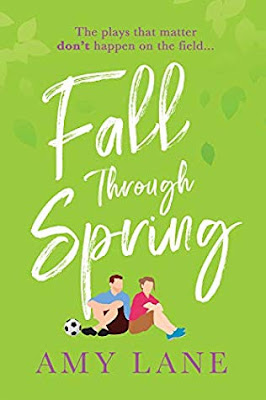 
As far as Clay Carpenter is concerned, his abusive relationship with food is the best thing he’s got going. When a good friend starts kicking his ass into gear, Clay is forced to reexamine everything he learned about food and love—and that’s right when he meets troubled graduate student, Dane Hayes.

Dane Hayes doesn’t do the whole monogamy thing, but the minute he meets Clay Carpenter, he’s doing the friend thing in spades. The snarky, scruffy bastard not only gets Dane's wacky sense of humor, he also accepts the things Dane can’t control—like the bipolar disorder Dane has been trying to manage for the past six years.

Dane is hoping for more than friendship, and Clay is looking at him with longing that isn't platonic. They’re both positive they’re bad at relationships, but with the help of forbidden desserts and new medication regimens, they prove outstanding at being with each other. But can they turn their friendship into the love neither of them has dared to hope for?

It took me ages to get through this book: eight days to be exact, which is unheard of in my reading world. This isn't a very long book, either, but for some reason it dragged for me. Why? I'm not sure, but I'll try to muddle through an explanation:

I love Amy Lane, and that is no secret, but sometimes her stories sink under the weight of all that angst. This was the case here.

Clay (Carpenter) has an eating disorder (compulsive overeating), which is most definitely a thing. Clay can never have just one cookie; he eats the entire package.

The romance is not at the forefront of this story. Clay and Dane are friends first, friends who love each other, but only friends. Clay has issues with anyone seeing him naked, and Dane doesn't trust that anyone will stay once they know about his special brand of crazy.

There is a lot of back and forth, a lot of arguing, a lot of inner drama ... frankly, it was exhausting.

Look, imperfect MCs are my preference. I don't mind one iota that both men struggled with demons, but the story felt heavy, with not enough brightness.

This book overlaps with book 2, Mason and Terry's story. I don't remember Dane and Clay being that present in the second book, but here we get constant updates on the state of Mason and Terry's relationship, which felt intrusive.

I strongly suggest you do NOT try to read this book as a standalone. The MCs from the other books are VERY present, and the narrative of the story is busy enough even if you've read the other books like I have.

The interactions with Clay's family felt super real. Clay's mom meant well, but she was just so judgy, as was Clay's sister. No wonder Clay ate his feelings. Also, Dane giving Clay's sister a piece of his mind was fabulous.

The foil to Clay's family are Clay and Dane's friends: their true family. There's a lot of togetherness here and a big focus on making your own family, which, hell, yeah.

I'd consider the ending a HEA, even though everything is not all roses, and both men have ongoing struggles ahead, including Clay coming out to his family as bi. We know it's not going to be EASY (life never is), but it's going to be RIGHT.