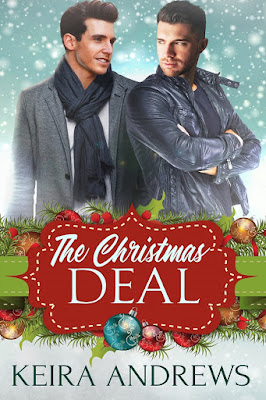 The Christmas Deal is a steamy holiday gay romance from Keira Andrews featuring fake boyfriends, bisexual awakening, a clueless single dad with an angry preteen, and of course a happy ending.