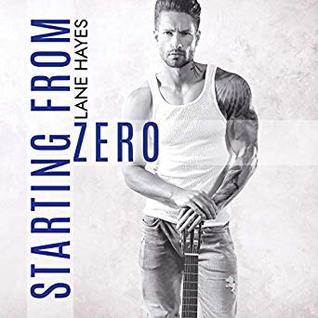 I was offered the chance to review the audio book 'Starting From Scratch' and it sounded interesting so I said "ok" and then I decided that even though it's different MCs I wanted to hear the first book as well so...off I went to audible to get me a copy and now here I am to review said copy.

Just when Justin Cuevas thought his rock star was rising it crashed or more accurately it went up in a blaze of glory...his relationship ended with scandal, his band is little more than ashes but Justin's not ready to give up on his dreams.

Justin's determined to get his career off of the ground one more time. He just needs to stay focused without getting distracted by the past or Gray Robertson, the sexy songwriter who's only suppose to be a one night stand but gets under Justin's skin without even trying and when he proposes that they collaborate and write a love song both men begin to realize that maybe they could collaborate on more than a love song...maybe together they could find a whole love story to tell.


Gray's got a successful career...he's written hit song after hit song, he's worked with some of the industry's biggest names. He doesn't have anything to prove but when his friend ask him to collaborate with an essentially unheard of performer who turns out to be the one night stand that Gary can't seem to forget Gary sees the opportunity to have more than one night and he's only too willing to take advantage of it.

"Starting From Zero" is the start of a new series by author Lane Hayes and it's got a big job to do. Not only is this Justin and Gray's story but we're also introduced to the rest of Justin's band as well as the people who matter in Gray's life all of whom offer the potential for some more awesome stories in this series and all of which was done without over shadowing what was happening between Justin and Gray.

While I've enjoyed several of this author's stories in the past and I really liked this story I have to admit that the narrator's voice just wasn't quite working for me.  Mainly there were a couple of sticking points for me the first one being that the voices weren't consistent in how they sounded so occasionally I found myself doing a bit of a double take as to who exactly was talking and the second issue for me was that occasionally it sounded like the narrator's voice was speeding up as if he was in a race to get to the end of the sentence. This was not my first time listening to an audio book narrated by Michael Pauley, so I'm hoping this was a one off in terms of my listening experience.

'Starting From Zero' got off to a bit of a slow start for me but before I knew it I felt like I was fully engaged in the story and I have to admit that while I thought that the 18 year age gap was going to be a bit of an issue for me, that concern was dispelled fairly quickly and I found myself not only liking Justin and Gray but liking Justin and Gray together as a couple. They balanced each other very nicely and the banter and interaction between these two men was fun and at times simply hot, hot, hot!

"Starting From Zero" was a solid 4 star story, but sadly for me the audio didn't work out quite as well as I'd anticipated so it's getting 3.5 stars from me and we'll see what happens with "Starting From Scratch".