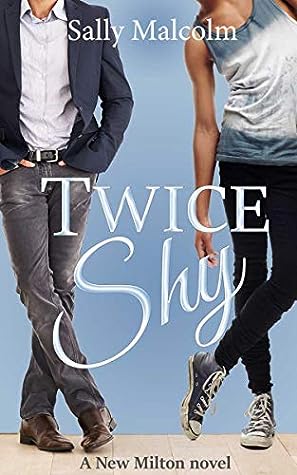 
The last thing Joel Morgan wants is to fall in love again. Scarred by his failed marriage, Joel’s determined to keep his life emotionally stable—which means taking a job teaching fourth grade, fixing up his house on weekends, and avoiding absolutely all romantic entanglements. And he's doing great.

Following the tragic death of his sister and her husband two years earlier, Ollie became the legal guardian of their two young sons—much to the horror of the boys’ conservative grandparents. They think Ollie’s too young and too unreliable to raise their grandsons. So to prove them wrong, Ollie’s determined to parent the boys without anyone’s help.

As the only two men in the school’s Parent-Teacher Association, Joel and Ollie are thrown together over a series of fundraising events, and somewhere between the Beach Fun Run and the Fall Festival they fall in love. But Ollie has another reason for moving to New Milton—a reason he’s keeping close to his chest—and Joel’s wounded heart won’t trust a man with secrets.

I don't usually jump into a series near the end? the middle? but...

This one caught my attention and it seemed like it would stand on it's own, so I decided to give it a go.

"Twice Shy" is the third book in 'new-to-me' author, Sally Malcolm's "New Milton' series; it's about Ollie a young twenty-something who finds himself the sole guardian of two young children following the death of his sister and her husband and a protracted legal battle with their grandparents (the husband's parents). Ollie's determined to do right by these children and I admit I warmed to him instantly because of how the character was portrayed. Ollie is warm and resilient, he'd determined and kind and most of all he loves his nephews and it's their well being and happiness that matters more than anything to him. But Ollie's also human and we see him at his best and his worst and few points in between.

Joel moved to New Milton a few years ago to try and rebuild...not just his life, but himself following a nasty divorce. The end of Joel's marriage really tore him up and I got that...really in fact got it, done it, seen it, been there got the tee-shirt. So of any character in this book he's the one I should have been able to empathize with and to a point I could. Problem is Joel the wall street hotshot, investment banker went past that point and made it to the point where I really, really just wanted to shake him, tell him to grow the f*#$ up, get over it and move on. I've know people who have lost their partners to terminal illness...partners who they have loved and adored and they've managed to get themselves together and rebuild their lives without the protracted pity party that Joel seemed to be having...sometimes...less really is more as in less whining and self pity from Joel would have gotten more empathy and compassion from me for the character...in general it just would have made for a more believable character for me.


As well as the issue with Joel moving on from his failed marriage there's was a point in time during the story when I questioned whether Joel would have been as interested in Ollie if he didn't come with a ready made family...it was just a brief moment in time but the thought never really left and I admit it left a bit of a dark cloud over the relationship for me.

I actually enjoyed a lot of the rest of the story things like the PTA especially when they got involved with helping Joel fix things. There was also a subplot to this one that involved characters from a previous book and I can honestly say that while I would have liked to have read the book about Luca & his partner, not having read it really didn't detract from the part of this story that pertained to his connection to Ollie.

In spite of the fact that this wasn't an overwhelming hit with me, it did leave me curious to check out the previous stories in this series and who knows maybe once I do I'll have a little more appreciation for this story but regardless of whether I do or not I don't see it changing how I feel about Joel and that for me was the biggest negative in this story and truth be told if I hadn't liked Ollie as much as I do this one probably would have been more like 3 stars so honestly it's 3 stars for the story and .5 for having a character as likeable as Ollie.

An ARC of "Twice Shy" was graciously provided by the author in exchange for an honest review.