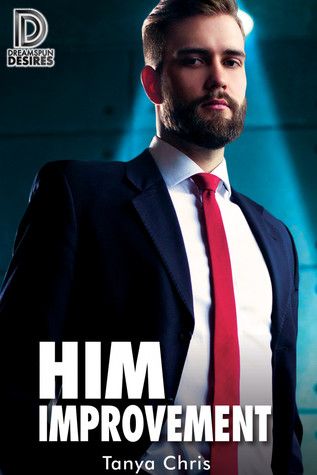 The course of true love runs through every neighborhood….

Only one thing stands between Gregory MacPherson II and his dream revitalization project for the gritty neighborhood of Ball’s End: a rinky-dink, run-down used bookstore called Hailey’s Comic. But when master negotiator Mac shows up to make a deal with the owner, he comes face-to-face with quirky, colorful Hailey—unexpectedly good-humored about Mac’s attempted eviction and, also unexpectedly, a hot guy.

Hailey won’t give up his lease, no matter how much money Mac offers. When it comes to consummating their mutual attraction, though, he’s a lot more flexible. Soon Mac has as hard a time prying himself out of Hailey’s bed as he does prying Hailey out of the building. But Hailey doubts Mac’s plans serve Ball’s End’s best interests, and he insists Mac give him a chance to prove his case. If they’re going to build a happy ever after, one of them will have to be remade….

This is yet another title in the Dreamspun Desires series that really worked for me.

Gregory MacPherson II, aka Mac, is a real estate developer and the new owner of a somewhat dilapidated multi-use building, where only one tenant remains while his lease runs its course. The other tenants have long been bought out of their leases - Hailey's Comic, a used book store being the only holdout, the only one who refused a buyout. Mac has big plans for this building, and the area as a whole, and the last tenant is merely a small obstacle that should be easily removed. Mac, never one to not grab the proverbial bull by the horns, decides to pay a visit to said tenant, a young man named Hailey, who owns the bookstore on the ground floor of the building.

Immediately, the glaring differences between Mac and Hailey are obvious. Where Mac is all stuffy suits and ties, Hailey's clothes are worn and slightly holey, his hair in disarray where Mac's is nicely groomed. And those are only their superficial differences. Where they also differ is in how they view the plans Mac has for the building and the area as a whole.


Ball's End is a rather run-down area of town, where people have low or no income, where most struggle to make ends meet, and where life is hard for most of them. Hailey knows both the high life and the low life, and he sees better options for this area and the people than Mac sees.

The entire book is written from Mac's POV, so we really only see Hailey through his somewhat biased eyes and what the author gives us by way of dialogue. Hailey's snark and quick wit fascinate Mac, and he quickly becomes enamored with the guy, who sleeps on a mattress in a backroom of the store, where Mac starts to also spend his nights.

As Mac spends more and more time with Hailey and gets to know not only him but also his customers and the individuals that live in the area, he finds it more and more difficult to pursue his previous plans. He begins to see things from Hailey's POV and struggles with reconciling his business needs with his personal needs.

Obviously, these warring needs are bound to clash at some point, and so they do.

I rather enjoyed reading this book. It had all the makings of a great romance, with interesting characters, a good plot, and an easy flow. Recommended.

This being my first book by this author, I'm going to check out more of her writings.


** A free copy of this book was provided by the publisher in exchange for an honest review. **