ARC Review: The Guy in the Window by Cara Dee 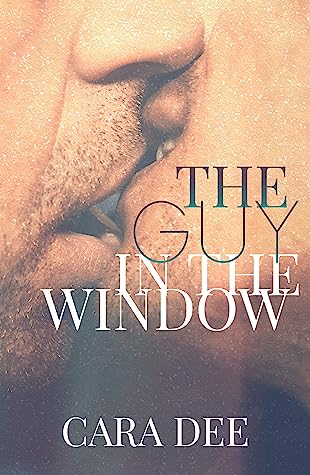 I was in the middle of my divorce when Adam messaged me. I believe his exact words were, “Hi. I think you’re my dad’s brother. Would you like to get to know me?”

My brother and I had never been close, so I’d only met his adopted son a few times when he was very young. Instinct told me to ignore the message, and I did. For a few days. It took an exhausting fight with my soon-to-be ex-wife and half a bottle of whiskey for me to change my mind.

Adam first became “sort of my nephew.” Next, he became the guy who helped me find an apartment in the building next to his. He was a sweet, cheerful young man doing his best to raise his four-year-old daughter, which led to him becoming the guy who wanted to help me patch up my relationship with my own daughter.

Then one night as I got ready for bed, I looked across the alleyway to the next building, where I saw him getting ready for bed too.

I couldn’t look away to save my life.

It was the night he also became the guy in the window.

This story reminded me a little bit of "Noah". It wasn't a re-telling of course and there were many differences but the taboo aspect was pretty similar: the MCs were uncle and nephew but the nephew was adopted by the uncle's estranged brother and they hadn't seen each other for about twenty years.

But I think that's it as far as similarities go. I loved "Noah" and I'll always love that story. The Guy In the Window was also good - it's Cara Dee we're talking about after all! - but it just wasn't in the same league.

Adam is a single father, he has severed his connection with his adoptive family and is reaching out to Everett in an effort to find one family member he can have a relationship with. At the time, Everett is going through a divorce he didn't see coming and is slowly coming to terms with the fact that he was unhappy with his life and as a result he was disconnected from everything for a long time.


Everett decided this is a chance for him to start fresh, make his life the way he wants it to be and fix his broken relationship with his daughter. Adam is there to support him and offer advice first as a nephew, then as a friend and eventually as "the guy in the window". What I didn't like is that the transition between those phases happened too fast for me. I wanted them to have more time together before they moved on to the next title.

As for their daughters, both of them were important supporting characters and played a part in the plot. I thought that Bella sometimes didn't talk or act her age, but I could be wrong so I'll let someone else judge that. Grace was away in school for most of the story but she did make enough appearances to make me feel sorry at first for Everett and how she treated him and then for her when she revealed the reason behind her behavior.

Everett's ex wife started off good as a character, behaving according to what was happening in her life if a little over the top at times but she was allowed that. By the end of the story though she had transformed. She was basically the evil person in this story and I don't think it was necessary to make her that way. The plot would have been just as good if she had calmer reactions.

I think a lot of people are going to hit pass on this story because of the supposed incest but I don't think that's actually something that happens here. It's more a kink for them both than a fact since they aren't related by blood and they don't actually know each other prior to the story.

The age gap didn't play a major role here especially considering how mature and together Adam was, having his life figured out, knowing what he wanted and having organised his life accordingly and how lost Everett was, basically starting over and rediscovering his passion in life. I liked that the older guy wasn't the one to have everything figured out.

Adam and Everett's relationship was balanced and they were equals. The interactions between them and Bella were sweet and Adam soon developed a bond with her, genuinely caring for her and wanting to be a part of her life as well as Adam's life.

The epilogue was great and I'm glad that's the way the author chose to end the story.