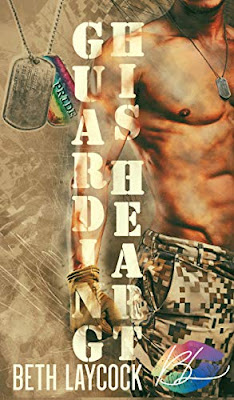 He'd risk his life to find his brother. But he never expected to risk his heart as well.

Three months since his brother, Jake, went MIA, Lane Matthews is tired of waiting for answers. With a little help, he arranges a posting to Jeddah for his first overseas deployment—the perfect opportunity to find his brother.

Life in a foreign land isn't quite like he imagined and neither are his duties. But when he meets his housemate, Tristan, while it may be memorable, it's not one of Lane's finest moments.

Tristan threatens to throw him way off course, and falling for the hot straight soldier is definitely not in his plans. But as tensions rise and the truth about Jake is revealed, will Lane's heart follow orders or will all be lost like grains of sand swept away in a desert?

Three months after his family is notified that his brother Jake is MIA Lane Matthews decides to change his enlistment from the army reserves to a full time active enlistment and with some help he manages to ensure that his first overseas posting is to Jeddah, the posting that his brother was at when he disappeared.
I can truly believe that it’s the not knowing that’s the worst for any family in this situation and I didn’t find it hard to imagine Lane doing what he did to try and find his brother. When Lane gets to Jeddah his sole purpose is to try and find his brother or at least find information about what happened to him and where he might be. Entering into a relationship isn’t even on his radar and when he first sets eyes on Tristan it’s lust on first sight…seriously it’s maybe 24 hours between ‘hello’ and ‘wham, bam, thank you ma’am …I mean man…see lust at first sight but as the days pass Lane and Tristan get to know each other building on their initial attraction as the relationship quickly slides from lust to friendship to lovers.


I think I just needed things to be a little longer with a bit more time and focus spent on both the relationship and Lane’s search for his brother…so yeah, I guess this is me saying I’m greedy and I just needed a little bit more to take this from a good and enjoyable story to something even stronger. However, what was here for me was really solid. I really liked Tristan and Lane as a couple but as individuals I have to admit that Tristan was my favorite. Lane had moments when I have to admit I was fairly certain he’d left his brain in bed that day and I feared for his well being but for the most part those moments were tied to his fear and anxiety over his missing brother so honestly the poor life choices really didn’t seem inappropriate either.
There were also a couple of secondary characters that I’d love to see get their own stories. First off is Ben Martins…Tristan and Lane’s housemate. I liked Ben and he just struck me as being a big ole teddy bear a big, muscular, built like a tank…yes, I have the feeling this is a big, muscular, sexy teddy bear that we’re talking about here…*sigh* Ben so needs a story and then there’s Lewis…he was a new member of Tristan’s team and we only saw him briefly and while Tristan indicated that he maybe wasn’t a great guy, he wasn’t on page long enough to give the reader as true sense of his character…so what can I say but ‘enquiring minds want to know?’.
I have to admit for personal reasons I was immediately drawn to this story because as a child I remember my grandmother telling me about her sons who went to war. She had six sons, 3 of them stayed home, 3 of them went overseas to fight in WWII and of those 3, one son came home, she buried another and the third one was listed as MIA. I remember her telling me that this was the hardest thing to deal with…the not knowing. If he was dead than she wanted to bury him, to grieve his death, if he wasn’t than she was left to wonder where he was, was he ok, why didn’t he try to come home if he was able to? And I have to admit I occasionally still find myself wondering what became of my missing uncle.
Now the only thing that I haven’t address is the ending and I have to admit the ending was definitely one of the best parts of the story for me. It worked there as solid dose of the real world in it and that’s all I’m going to say about that.
‘Guarding His Heart’ is only the third story that I’ve read by this author and while ‘Miracle on Three Kings Day’ is still my favorite I really enjoyed this one and I’m looking forward to reading more from this author to see if that changes.
*************************


An ARC of  “Guarding His Heart” was graciously provided by the author in exchange for an honest review.