Blogtour: Dancing with the Lion: Rise by Jeanne Reames

Dancing With The Lion: Rise 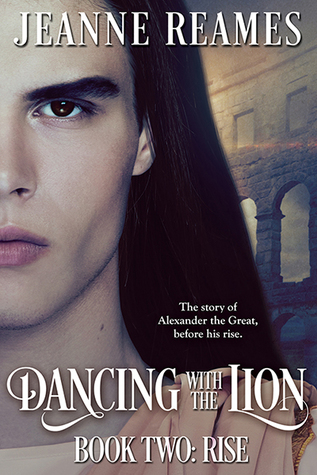 The story of Alexander before he became “the Great.”

Finished with schooling, Alexandros is appointed regent of Makedon while his father is away on campaign. He thrives with his new authority—this is the role he was born for—yet it creates conflict with his mother and Hephaistion. And when his soldiers, whom he leads with unexpected skill, start to call him “The Little King,” his father is less than delighted.

Tensions escalate between Alexandros and his father, and between Makedon and the city-states of southern Greece. As the drums of war sound, king and crown prince quarrel during their march to meet the Greeks in combat. Among other things, his father wants to know he can produce heirs, and thinks he should take a mistress, an idea Alexandros resists.

After the south is pacified, friction remains between Alexandros and the king. Hostilities explode at festivities for his father’s latest wedding, forcing Alexandros to flee in the middle of the night with his mother and Hephaistion. The rigors of exile strain his relationships, but the path to the throne will be his biggest challenge yet: a face-off for power between the talented young cub and the seasoned old lion.

About the Series
Alexandros is expected to command, not to crave the warmth of friendship with an equal. In a kingdom where his shrewd mother and sister are deemed inferior for their sex, and his love for Hephaistion could be seen as submission to an older boy, Alexandros longs to be a human being when everyone but Hephaistion just wants him to be a king.


Check out the series today!


Anonymous Question (via Tumblr):
“So you emphasize Amyntor is ‘ugly’ in the first Dancing with the Lion novel, and sort of imply Hephaistion might not be his real son. Is there a reason for that? IS Hephaistion his son?” 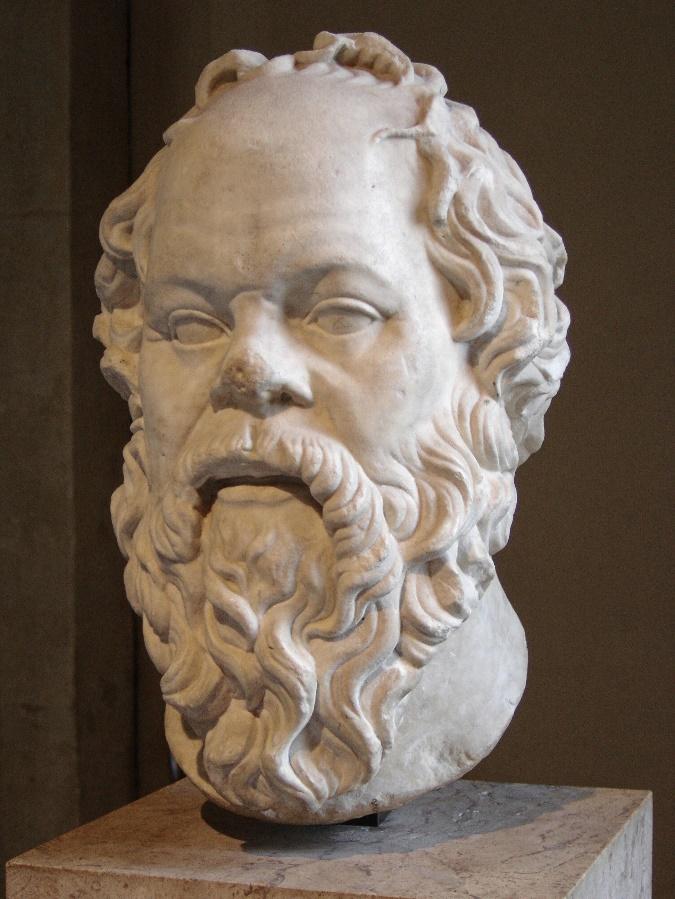 Amyntor is a loose, literary parallel for the philosopher, Sokrates (left). The ancient Greeks maintained a confluence of assumed ideal characteristics: wealth, birth, beauty, intelligence, bravery, and athletic ability. This defined the “hoi aristoi,” or “best men”—the aristocracy. To be honest, it’s not so different from modern America, and elsewhere in the West, which tends to elevate celebrity beauty. Yet the Greeks did recognize it as a cultural fiction. Sokrates, especially, blew it up. He was reputedly the “ugliest man in Athens,” but also the wisest, and had the biggest heartthrob in Athens chasing him (Alcibiades). He was enormously controversial in his own lifetime, which led to his execution by state order. Later, he was virtually deified in the works of Plato and Xenophon, et al.
In the novels, Amyntor is a “Sokrates” figure. We have this unattractive man who’s nonetheless beloved by most who know him well (including his beautiful wife who gives her looks to her beautiful son). Hephaistion doesn’t care about looks precisely because of his family. He knows what true virtue is. He’s well aware he’s attractive, and isn’t falsely modest, but he measures his own worth by other criteria. Despite the very pretty cover on Becoming, Alexandros is not exceptionally good looking. Hephaistion even observes of him: “Only a flatterer would call him handsome.” But Hephaistion falls for him anyway because he knows the truth: looks aren’t virtue. He seeks virtue.

So as he comes to know Alexandros’s soul, he falls in love with the beautiful. It’s very Platonic (in the real sense). True virtue as beauty. Because he’s exceptionally attractive, but most of his family—who he loves dearly—are not, Hephaistion has a unique perspective. He sees past the surface, even while himself being a sort of ideal surface. For Hephaistion, his good looks are more handicap than help. I wanted to invert the notion of attractiveness as beneficial.
That’s why I wrote Amyntor as “ugly.” Because, in all the ways that matter, he’s not ugly at all. And therein lies the irony, which Greek theatre would appreciate. And maybe Plato, too.
(Ptolemy does note at one point that Hephaistion resembles his brother Agathon.)

To celebrate this release, one lucky person will win a $10 gift card to Riptide. Leave a comment with your contact info to enter the contest. Entries close at midnight, Eastern time, on October 26, 2019. Contest is NOT restricted to U.S. entries. Thanks for following along, and don’t forget to leave your contact info!