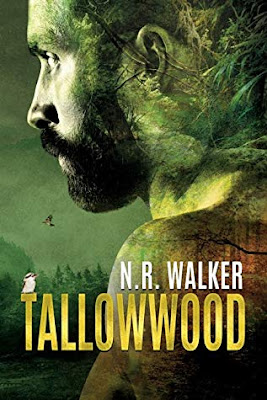 
Sydney detective August Shaw has spent the last decade of work solving cold cases. Since the death of his boyfriend eight years ago, August works alone, lives alone, is alone — and that’s exactly how he likes it. His work is his entire life, and he’s convinced a string of unsolved cold-case suicides are linked to what could be Australia’s worst ever serial killer. Problem is, no one believes him.

Senior Constable Jacob Porter loves his life in the small town of Tallowwood in the middle of the rainforests in northern New South Wales. He runs summer camps for the local Indigenous kids, plays rugby with his mates, has a close family, and he’s the local LGBTQIA+ Liaison and the Indigenous Liaison Officer.

When human remains are found in the camping grounds at Tallowwood Reserve, Jake’s new case turns out to be linked to August’s cold cases, and Jake agrees they’re not suicides at all. With Jacob now firmly in August’s corner, they face one hurdle after another, even when more remains are found, they still can’t seem to gain ground.

But when the body of a fellow police officer turns up under the same MO, it can’t be ignored anymore. August and Jake must trace the untraceable before the killer takes his next victim or before he stops one of them, permanently.

Because I adore N.R. Walker's work, I gave Tallowwood a go, even though murder mysteries have never been my thing and I'm not in a great place emotionally right now to read about death. My husband died recently. He wasn't murdered; he was sick for a long time, so his death wasn't entirely unexpected. But grief doesn't discriminate.

And this book is about grief, grief so deep and profound, it will break you if you let it. But it’s also about healing and loving again and listening to kookaburras because they won’t lead you astray.

Someone has been preying on young gay men for over a decade and staging the murder scenes to look like suicides. No one believes August Shaw, cold case detective, when he says the men didn't kill themselves ... no one except Jacob Porter, senior constable in Tallowwood, a small Aussie town where nothing exciting happens.

Until a body is found. And then another.

August is a recluse who works on cases long forgotten and buried, but the cases aren't just words on paper to August. They are people: sons, friends, boyfriends. They're personal. August has lost someone too, and he understands the pain and sorrow.

Jake is a good cop and a good man. He runs summer camps for Indigenous kids, is close to his family, and knows how to laugh at himself. Jake doesn’t do awkward, and he slowly, ever so slowly, pulls August out of his self-imposed exile.

I’m not going to get into the plot of the story because I don't want to spoil anything. Suffice it to say, the mystery is very well done. There are enough clues that the “who done it” isn’t shocking, but the killer’s not immediately obvious either. I hate murder mysteries where so many red herrings are thrown in, the ending leaves you scratching your head, like WTF just happened? That is not the case here. The book is skillfully plotted and suspenseful.

While the focus is clearly on solving the mystery and bringing justice to the men who were killed, the romance is not put on the side burner. Throughout the story, August and Jake grow closer. The affection between them is palpable. There is little steam (appropriately so, considering the backdrop and August’s slow reawakening), but the romance is tender and very believable.

August and Jake are opposites who complement each other in every way. August, who's adorably obsessed with Jake's freckles, may be more than a decade Jake’s senior, but it’s Jake who makes August feel safe; it’s Jake who pushes and doesn't let August hide. Jake is bossy and caring, and with Jake by his side, August can breathe again.

The epilogue made me cry (happy tears). I hope to find love like that someday.