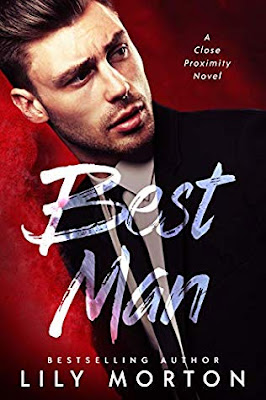 The product of a disorganised and chaotic childhood, Zeb likes order and control, and as the boss of his own employment agency he can give that to himself. Life runs along strict lines and he never mixes business with pleasure. Everything in his life lives in neat, alphabetized boxes. Until Jesse.

Which is why it comes as a complete surprise to Zeb to find himself asking Jesse to pose as his boyfriend for a few days in the country at a wedding.

Zeb doesn’t do impulsive, but as the time away progresses, he finds himself increasingly drawn to the merry and irreverent Jesse. But can he bring himself to break the hard-won lessons he’s learnt in life? And even if he can, how could Jesse be attracted to him anyway? He’s so much older than Jesse, not to mention being his boss.

From the bestselling author of the Mixed Messages and Finding Home series comes a warm and funny romance about one man’s fight for control and another man’s determination to circumvent it.

This is the first book in the
Close Proximity series, but it can be read as a standalone.

Lily Morton's books make me happy, and I'm thrilled that Best Man is the first book in a series. I liked the secondary characters introduced in this book (especially Felix and Max!) and look forward to their stories.

This book features two of my favorite tropes: age gap and fake boyfriend.

Zeb and Jesse have been crushing on each other for years in secret. Zeb, who's twenty years older then Jesse, thinks he's too old and serious for Jesse, and Jesse doesn't think Zeb could ever be interested in him.

Never mind that at one point Zeb was dating Patrick. (I have nothing nice to say about Patrick. Patrick is a cheating fuckwhat who wants to eat his cake and have it too.)

Fortunately, after Zeb asks Jesse to be his fake boyfriend to none other than Patrick's wedding (such a fantastic idea, right?), Zeb pulls his head out of his proverbial arse and realizes that Jesse is the one for him.

There's a misunderstanding toward the end having to do with Patrick (but of course!). Fortunately, it doesn't last long, and the epilogue is a very happy one indeed.