When life holds them captive, can love be their release? 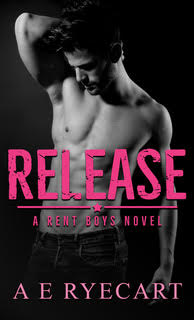 Selling his body since he was a fifteen-year-old runaway, rent boy Sean Farrell has learned the hard lesson that the only way to survive the streets is to act tough and cocky. But an act is all it is, as underneath he’s never felt more adrift as he struggles with crippling self-doubt. Sean’s distilled life into three simple rules: earn enough cash to get by, stick close to the friends who have become his family — and don’t let anyone steal his heart.

Art is Laurie Cassell’s profession and passion. His calm and ordered life is just how he thinks he wants it, but it’s becoming harder to ignore the creeping feeling that calm and ordered has become dull and predictable. Laurie craves more but doesn’t know what, or not until a man with dark hazel eyes and a bad attitude swaggers into his life — and leaves with his heart.

Two men who should never have met, let alone fallen in love. Can Sean and Laurie release the other from lives that are holding them captive?


*** Release is a slow burn, opposites attract MM romance. Found family, good friends who give advice our men don’t want to hear, and the redemptive power of love can all be found between the pages. No cliffhanger, and a guaranteed HEA. ***

“Didn’t you hear what he said? He doesn’t want a drink. Are you fucking deaf as well as stupid?”

The words were out of Sean’s mouth before he could think. This wasn’t his fight, this wasn’t his problem. What am I getting myself into? But Sean knew why he hadn’t walked away. The drunk was a bully, and his hectoring voice had scratched down Sean’s spine like nails over a chalkboard. Sean moved in closer, narrowing the space between him and the drunk to no more than a hand’s width.

“Piss off. This hasn’t got anything to do with you.” The drunk made a good effort at standing his ground, but his voice had lost its edge. He was no longer so sure of himself, the ground beneath his feet no longer so stable.

Sean said nothing, offering only a grim smile. He knew what the drunk was seeing.

Tall and well built, and with his hair cut short and severe, Sean looked like a squaddie, a soldier off-duty for the night. Have you got the uniform? Have you got the fatigues? Words, and others like them, he’d had panted into his ear more than once. Sean watched as the drunk hesitated. Unexpectedly challenged, he deflated like a balloon stabbed with a pin.

The guy shrugged and walked off, banging his shoulder into Sean in a final show of defiance. Sean let him have his second or two of triumph; he was gone, and that was all that mattered.

A soft and cultured voice drifted out of the shadow.


“Thank you. You didn’t have to, but, thanks. I appreciate it. He didn’t seem to want to listen to me.” The added words were accompanied by a nervous, hesitant laugh.

Now that the drunk had gone, Sean focused his full attention on the guy.

Dark, heavy hair fell in a floppy fringe across his brow. Pushing it aside, the guy looked up.

Under the bar’s muted lights, Sean couldn’t determine the colour of his eyes, other than they were large, dark, and full of gratitude. There was a fine-boned delicacy about his clean-shaven face — no hint of designer stubble — and he was well, if conservatively, dressed. Late twenties, thirty at a push, Sean guessed, just a few years more than his own twenty-four.

“Are you waiting for friends or was that just a way of telling him,” Sean said, jabbing his thumb over his shoulder, “to take a hike?” He stared down at the guy, who looked as awkward and out of place in the overpriced, pretentious bar as he did.

The guy nodded, fiddling with the mixer stick in his glass, stirring the ice, and pushing down on what looked like a whole load of salad leaves.

“I am. This wasn’t my choice, but, well…” He screwed up his nose as he looked beyond Sean and into the bar.

Sean glanced behind him, surprised to see how in just a few minutes the crowd had swollen. He turned back to the guy and met his wry smile with one of his own.

“Yeah, well, this place was my choice, but I’ve gotta ask myself why.”

The guy laughed. “Everybody’s allowed one erroneous choice. It’s a friend’s birthday, and he wanted to come here, so I didn’t get a lot of say.” 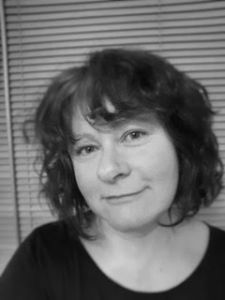 I love all kinds of MM romance and gay fiction, but I especially like contemporary stories. Born and raised in London, the city is part of my DNA so I like to set many of my stories in and around present-day London, providing the perfect metropolitan backdrop to all the main action. When I’m not writing at home, in the gym, in cafés - in fact any place I can find a good coffee - I can be found with my feet up thinking of more ways to put my men through the emotional wringer!

Talking RoMMance… with a British accent

(This a shared group. The other UK authors are Jack L Pyke, Louise Mae, and Susan Mac Nicol)

Enter the Rafflecopter Giveaway for a chance to win one of three ebook copies of Release.