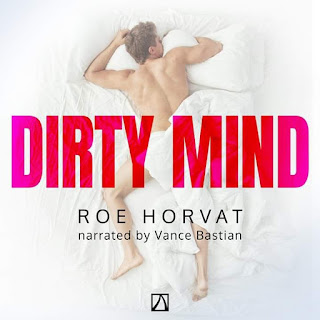 When his young friend and protégé Christian transfers to Freiburg for medical school, Alex is overjoyed...and terrified that Christian will find out about Alex’s indecent alter ego. The time they spend together, as lovely as it is, could overturn Alex’s carefully balanced life. Suddenly, the writing is not good enough, his hair seems to be thinning, his careful hookups leave him unfulfilled, and his dreams are haunted by the innocent young man he’s vowed to protect.

However, Christian is not a boy anymore. He’s a grown man of 21, clever, and deadly attractive. And he’s hiding some secrets of his own.


Queer fiction author Roe Horvat was born in the post-communist wasteland of former Czechoslovakia. Equipped with a dark sense of sarcasm, Roe traveled Europe and finally settled in Sweden. He came out as transgender in 2017 and has been fabulous since. He loves Jane Austen, Douglas Adams, bad action movies, stand-up comedy, pale ale, and daiquiri, with equal passion. When not hiding in the studio doing graphics, he can be found trolling cafés in Gothenburg, writing, and people-watching.