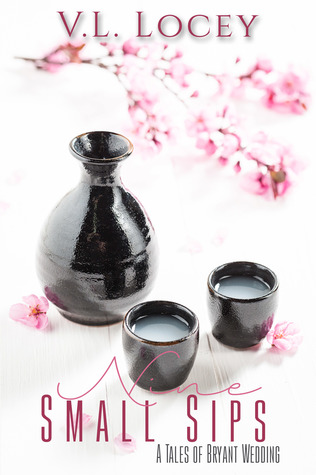 
Life for Isamu Taylor is now a Cinderella story that includes a Manhattan loft, a new position in the hottest LGBT film production company in New York City, and an upcoming wedding in Bryant Park to his very own handsome prince.

You are cordially invited to Bryant Park...

It's only been a few months since I was last in Bryant Park where I first met Isamu and Brian and watched as they did their courtship dance and ultimately fell in love and now I'm going back to attend their wedding...you all need to come with me because just like these two men it's going to be a beautiful and unique event filled with love, laughter and a collection of interesting family and friends.

If you ask anyone who's ever gotten married I'm pretty sure they would be able to tell you at least one 'wedding disaster' story that at the time was simply the 'end of the world' and they were just going to 'die' because of it. I know I've done this twice and even though my second wedding was a very small and private event about as low key as you can get without doing the '2 witnesses and city hall' route and yet there are still more than a few stories from it that we laugh about now but back then...well, what can I say the world was ending! and I didn't have Brian and Isamu's...well, let's just affectionately call him Brian and Isamu's 'drama llama' wedding planner.

For anyone who's read 'Tales of Bryant' the first part of this story I really can't imagine that you won't love this absolutely perfect wrap-up to Isamu and Brian's relationship. It's filled with wedding drama and family drama of the entertaining variety and capped off with a small but totally inebriated bachelor party and through-out it all we get a bit more of a peek into Brian's past and a better understanding of what makes him tick the way he does.

Although I originally found the character of Brian to be a bit stand-offish I still liked him, mostly because of how much he so obviously adored Isamu but now at what's not really the end of their story but another beginning...well, I honestly like Brian even more and for me he's even more perfect for Isamu than I'd thought him to be.

So if you'd like to go to a wedding that's guaranteed to be filled with laughter and love put on your summer best and come join me in Bryant Park for a truly beautiful celebration of love.

An ARC of 'Bryant #2: Nine Small Sips' was graciously provided by the author in exchange for an honest review.