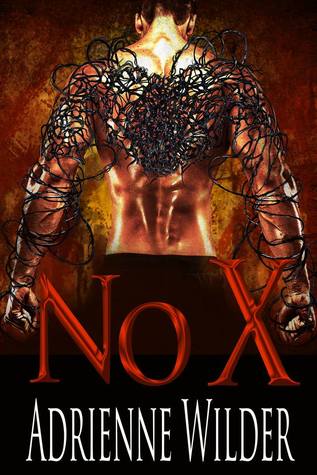 
One is a dying man.

The other is a man who died to live. A nude man invades Luca Suarez's home and protects him from creatures who cannot exist. Creatures hunting him.
The stranger can't tell Luca why. He can't even tell Luca his name.


He remembers nothing until the moment he sees Luca.

The only hint Luca has to the stranger's identity is a tattoo on his wrist: N o X

Nox doesn't know who he is, but he's sure of three things, his memory loss is temporary, the monsters chasing Luca are called Anubis, and his Alpha, Koda, sent Nox to protect him.

There's just one problem… Koda is Luca's brother who was murdered five years ago.

Something Luca is willing to embrace because he has nothing left to lose.
And one Nox can't let happen because it could get Luca killed.

Nox is a HEA m/m paranormal, science-fiction romance.
But be warned, these are NOT the shifters you are used to reading about.

There are some authors whose writing, characters and world-building fascinate me and Adrienne Wilder is among them. Even when she uses tropes I’m not comfortable with, like really not, I’m tempted to give it a try. Yes, I enjoy her writing that much.

So, with her wild imagination - no pun intended…OK, may be a bit intended -, this author delivers a fascinating paranormal, shifter story. Oh Boy, buckle up : it's quite a ride !!!

Luca is 19, alone and lonely - missing his dead parents and even more his dead brother, Koda -, and is dying. These circumstances led him to cross the path of Nox, a man full of mystery and intensity, claiming to be there on Koda’s request to protect him against "big, scary" creatures.

Luca and Nox embark in a wild chase for survival and “destiny”, while being pursued by “unconventional” terrorists (hey...paranormal story, hence the “unconventional”), and military. No more details : it’s better appreciated when going with the engaging flow of revelations.

I was fully engaged despite all the paranormal stuff and shifter stuff (OK, to do so, I blocked my mind when it became too “animalistic” because, no, no, no…definitely not for me), some graphic violence and rough, like very rough sex. Yep, really out of my comfort zone.

Why was I so engaged then ? Because the world building and intrigue are fascinating, the way the author unravels the story, with details alternatively given bit by bit by Nox to Luca , and by Reese, a scientist helping the military trying to understand what's going on, kept me glued. And finally, the bound between Nox and Luca was undeniable and intense.


Is it over ? No, according to the author ending notes : there’s more to come. Will I give it a shot if so ? Well, with Adrienne Wilder’s amazing imagination and intense writing in play, I will seriously think about getting out of my comfort zone...once again.

ARC of “NOX” was generously provided by the author/publisher in exchange for an honest review.